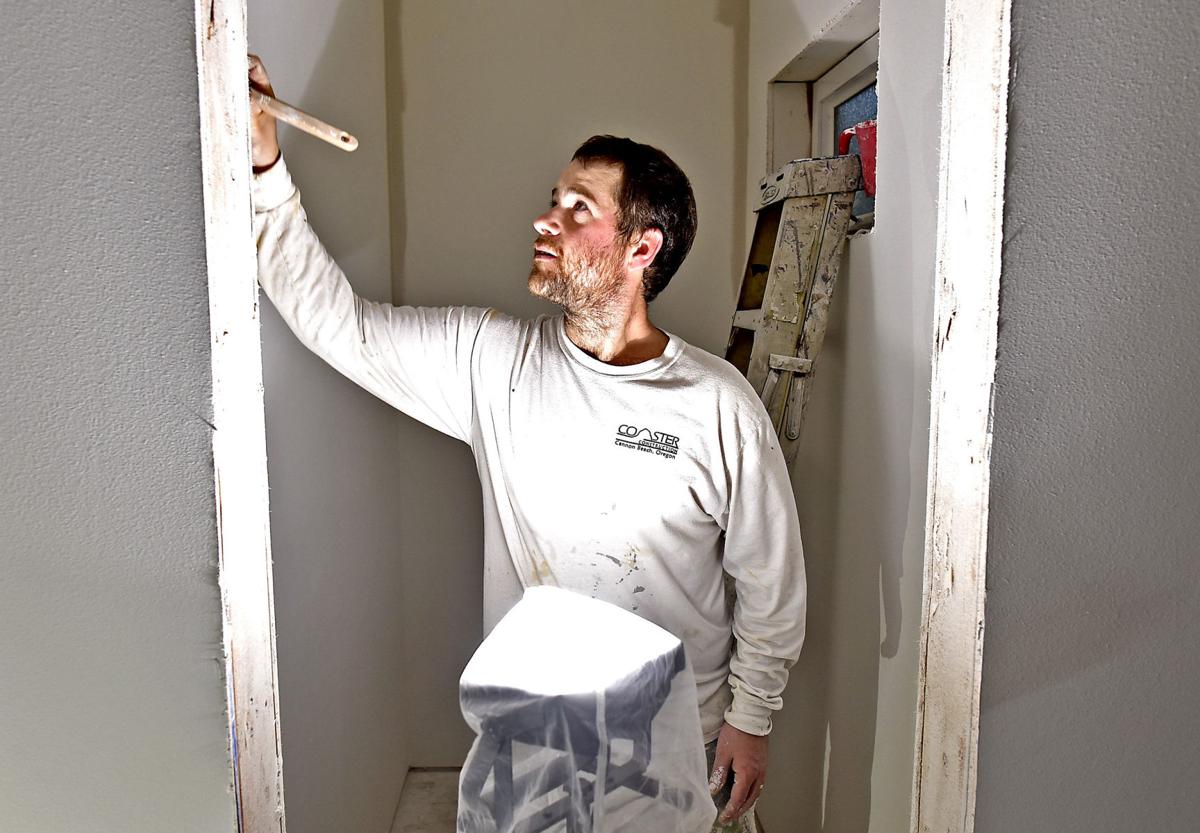 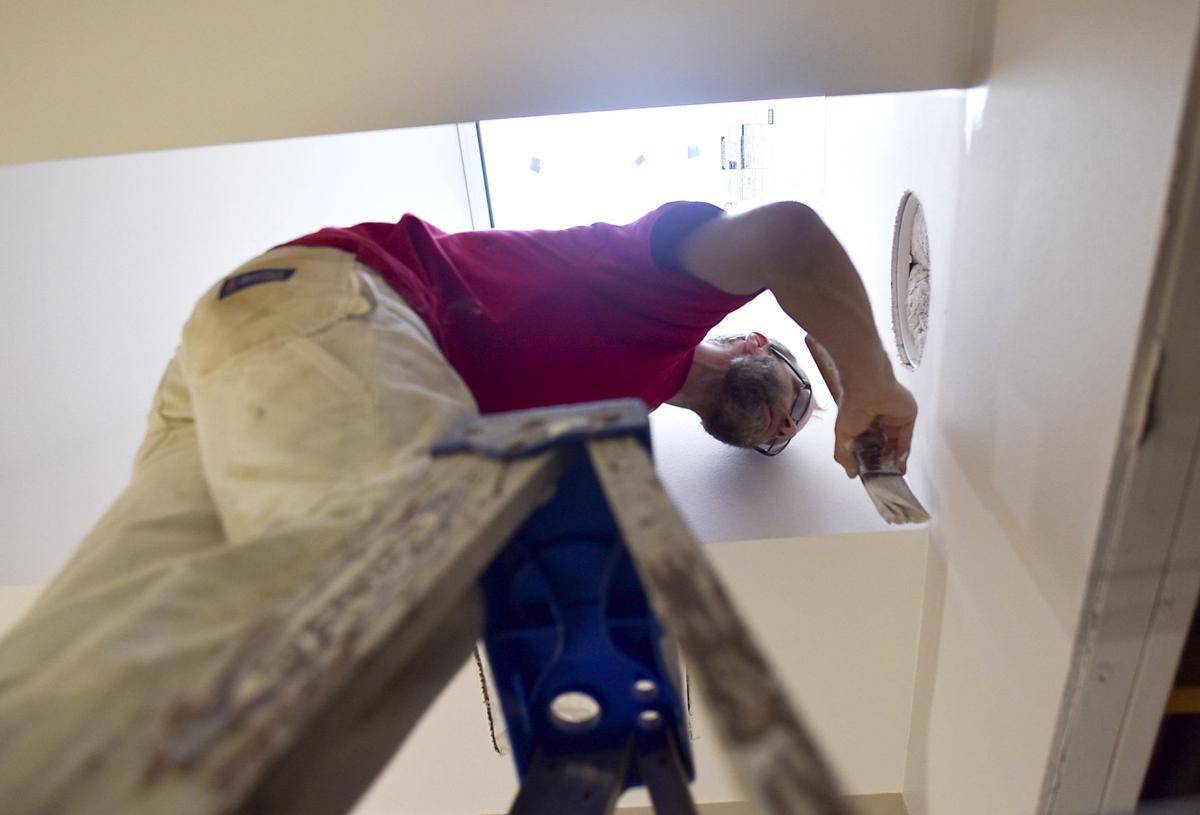 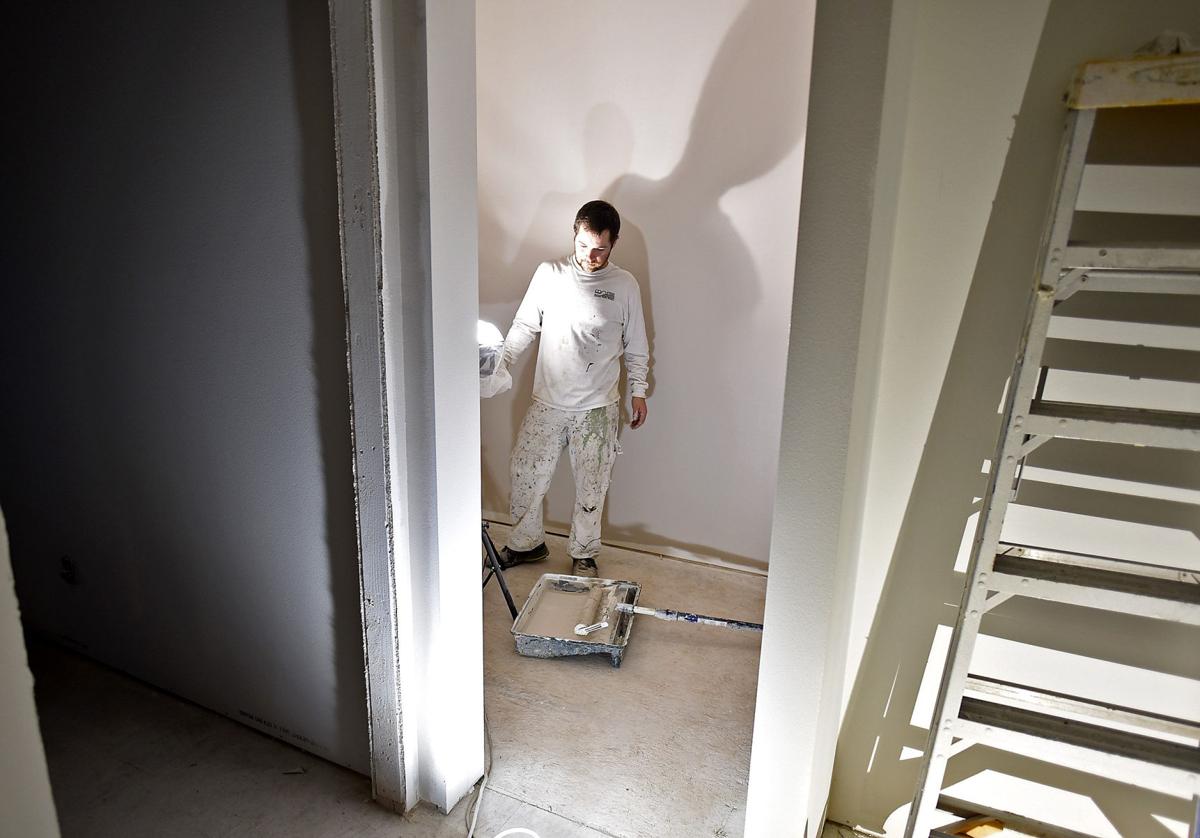 Colin Murphey/EO Media Group Nick Betts puts the finishing touches on a paint job for Coaster Construction at a home in Cannon Beach.

Colin Murphey/EO Media Group Nick Betts puts the finishing touches on a paint job for Coaster Construction at a home in Cannon Beach.

A Jan. 25 public hearing was continued after some planning commissioners took issue with the fact those who live in the zone that would be affected were not notified.

Last fall, Mike Clark of Coaster Properties and former City Planner Rainmar Bartl proposed changes that would reduce parking and landscaping requirements, as well as increase height restrictions in the R3 zone — a zone designated for multifamily housing. The changes would only apply to developers willing to put a deed restriction on a project, which would forbid the apartments from turning into vacation rentals or condos.

The idea came as Clark was looking into ways to rebuild the Sea Lark apartments, which reside in the R3 zone, that burned down last winter. The planning commission has granted a parking variance that reduces the number of parking spots he must provide to allow Clark to expand the complex from four to eight units. But Clark wanted to look at long term solutions for developers, said Bartl.

Bartl argues reducing the city’s parking requirements would be a way to entice more developers to build by allowing them to maximize the number of units on the property.

A study by the Victoria Transport Policy Institute in British Columbia found that one parking space per affordable housing unit increases costs by 12.5 percent, which eventually translates into higher rent.

It also found the demand for parking in affordable housing complexes surveyed was 50 percent of what most cities required.

By raising the roof-line limit from 28 feet to 32 feet, maximum building height for hotels in town, developers could build three stories to include more units, which ultimately drives down the rent charged at the end of the project, said Bartl.

But commissioners throughout these hearings have raised concerns about how raising rooflines would ultimately affect the character of the town. Commissioner Robin Risley said it is possible to build a three-story home under the current regulations if ceiling heights were kept at 7 feet.

Two times in the last five years, Dave Norstedt and his team at Martin North have attempted to build affordable housing for their employees. And each time, the team ran into roadblocks, he said. Norstedt came out to support the amendments because of how it would allow developers to build a third story and less parking, Norstedt said.

“You gave us a conditional use permit twice to build affordable housing, and we aren’t. We put out this project to bid, and it was obvious fast the cost was going to be undoable for us,” he said.

One of the main concerns planning commissioners have voiced about the proposal is the reduction in parking. With limited public transportation and skepticism surrounding parking studies conducted in large metro areas in comparison to a small coastal town, commissioner Lisa Kerr argues providing parking is a necessity.

“If there was a parking comparison with another small town that would be one thing. But these places all have robust public transportation,” Kerr said. “It’s not like that here.”

But Norstedt argued the majority of the employees Martin North hoped to house in this project are employed through a J-1 Visa program, which brings students from foreign countries to work to help fill the growing number of hospitality jobs that are remaining vacant. Most of those students do not own cars and walk to work.

“For affordable housing to work, you need to do something that ensures some kind of profitability,” he said, “unless you come up with some kind of subsidy.”

Another public hearing will be held Thursday, Feb. 22.