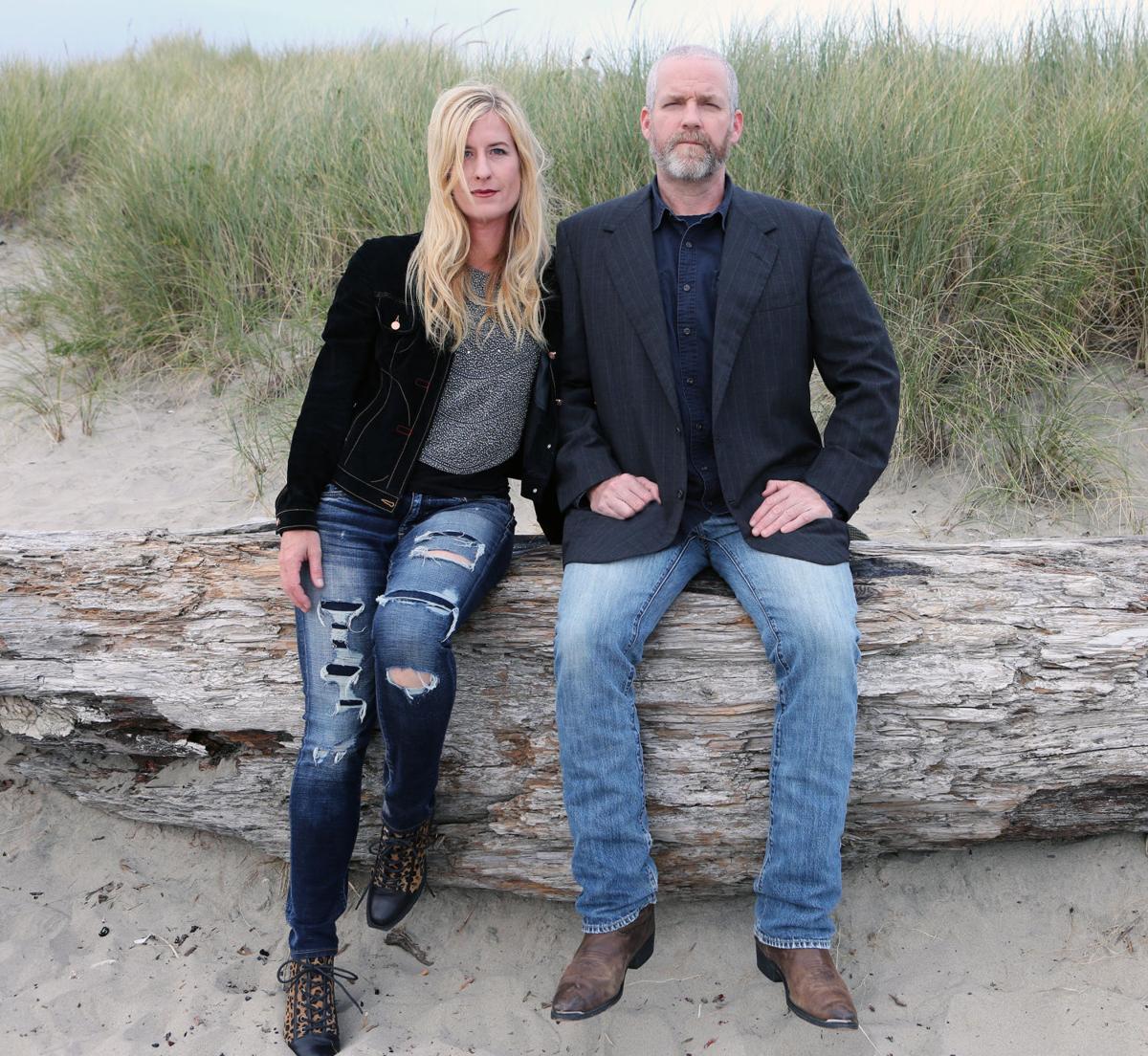 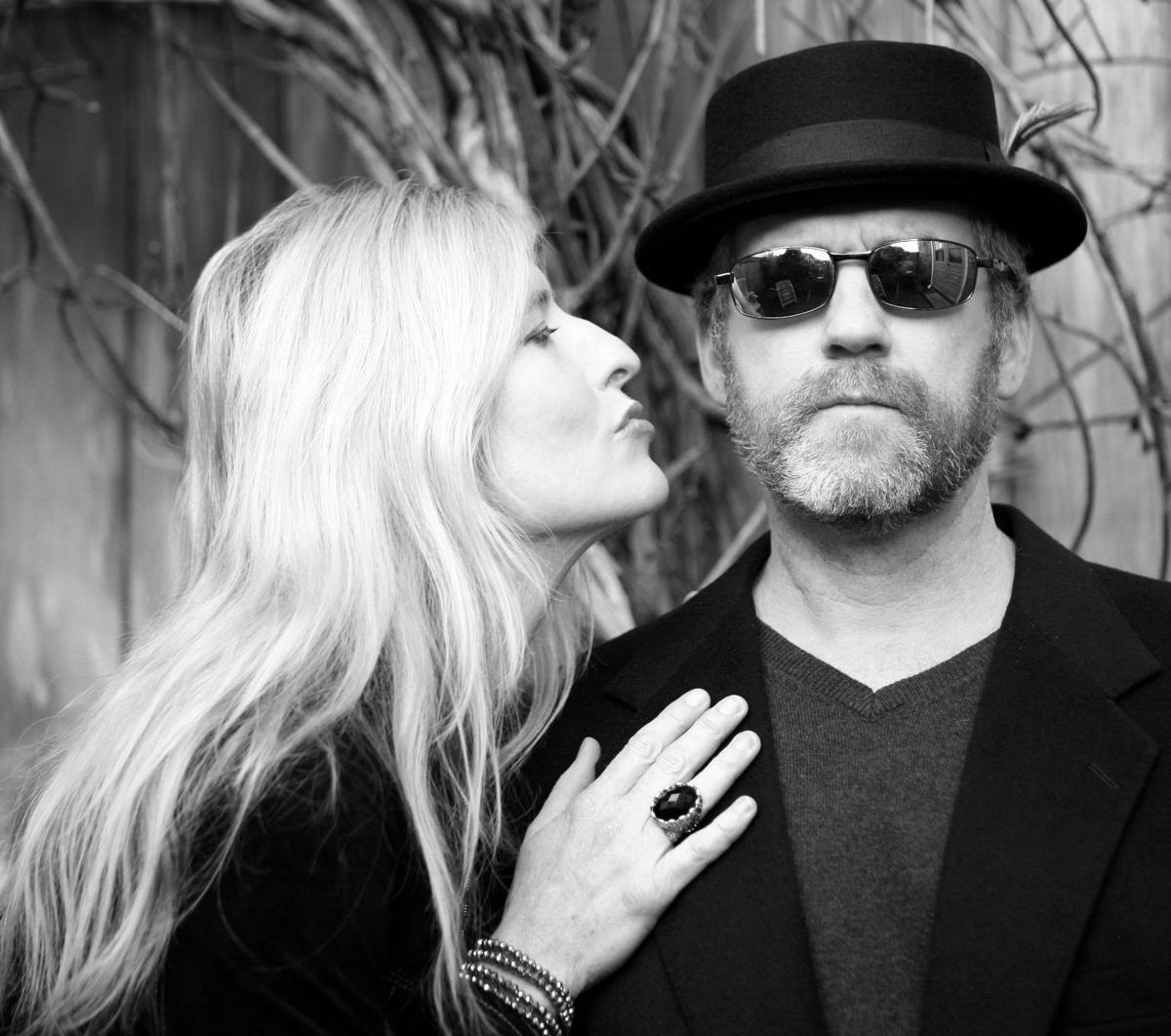 Julie Adams and Michael Costello — the talented Cannon Beach couple of the musical duo “Adams and Costello” who recently released their debut album — met by chance more than twelve years ago at a Lucinda Williams concert at Boston’s Orpheum Theatre.

As their romance blossomed, Costello followed Adams, who is from the west coast, back to Cannon Beach, planning to stay for a summer.

That one summer turned into five years, and the couple found themselves traveling back to the Orpheum on the same date — Oct. 7 — to see another Lucinda Williams concert, and to celebrate their five-year anniversary. This occasion would be just as memorable as the last.

During the show, Adams and Costello met up with a friend who happened to know Lucinda’s manager. The story of a couple from Oregon who met at her show five years ago, and then traveled across the country to celebrate their anniversary, impressed Lucinda so much that she and her manager agreed to meet up with the couple at a bar around the corner after the show.

The group stayed out until 3 a.m. Costello remarked: “Not only is Lucinda super-cool and fun to hang out with, but I’m a huge fan of her album ‘Car Wheels on a Gravel Road.’ It became my new ‘Sgt. Pepper.’”

Citing Williams as a huge inspiration, the couple formed their very own musical duo.

In 2016, they released their first album “You Better Believe It,” and, a few weeks ago, released a music video, filmed in Cannon Beach, for the album’s opening track, “Invincible.” The album was done in live takes with two acoustic guitars.

Adams and Costello are both classically trained, the former on the French horn and the latter on violin, but Adams wanted to pick up guitar. For years, she became a devoted student of Wes Wahrmund, a Cannon Beach musician. Her teacher also turned out to be very supportive by welcoming them to the local music scene. Wahrmund offered to accompany Adams and Costello for their first several gigs, which was a huge confidence-booster. John Sowa, owner of Sweet Basil provided a supportive venue from the beginning. The duo has also performed at KALA in Astoria.

While Adams is new to live performance, Costello is not new to the music scene. Years ago, he opened for notable acts such as Jimmy Cliff and Buddy Guy with his group The Razor’s Edge back in Boston. Razor’s Edge eventually broke up and Costello left to work in the trades. Costello started writing songs at 13, and was inspired by a teacher who passed along roots blues albums to him. Costello lists Stevie Ray Vaughn, Bob Dylan and Jimi Hendrix as musical influences.

Adams, who is new to songwriting, co-wrote “You Better Believe It,” with Costello. She noted her musical inspirations: “I was really into Motown, R&B, Prince — anything with rhythm.”

“It’s really an album of the two of us trading songs back and forth,” Adams said.

The writing process has taken her by surprise: “I wrote the song ‘Pain’ in my head while I was jogging. I had to keep humming it until I could get home and write it down,” she said.

“Invincible” was inspired by Adams’ ill and aging father.

“The song is about a moment when my father, who was a retired doctor, was asking his own doctor for a specific procedure,” Adams said. “That doctor pulled me aside and questioned my father’s quality of life; he asked me to let him go.

“It was a moment where I had to either follow the advice of an expert authority figure or speak my truth. I stuck to my principles and my father lived eight more months of quality life,” she continued.

“The same doctor saw my dad a few months later in a cafeteria enjoying a doughnut and coffee and you could tell he was shocked.”

Lately, Adams and Costello are seeking new venues, and aim to take their music on the road. They are currently writing new songs for their next album, which will incorporate their acoustic/electric sound with additional musicians and a rhythm section.

For Adams, becoming a singer/songwriter is a bucket-list dream she has held since childhood.

“A jarring event like loss changes your thinking from ‘maybe one day’ to ‘the time is now.’ Music is expansive, expressive, freeing; you don’t always know where it’s going to take you. It’s a limitless art form,” she said.

The couple still gets nervous before a gig. “We tell ourselves every time, let’s have fun,” Adams said.

For Costello, the new adventure has rekindled his desire to perform: “Doing music with Julie is my second chance at music,” he said.

Next gig at Sweet Basils is June 3