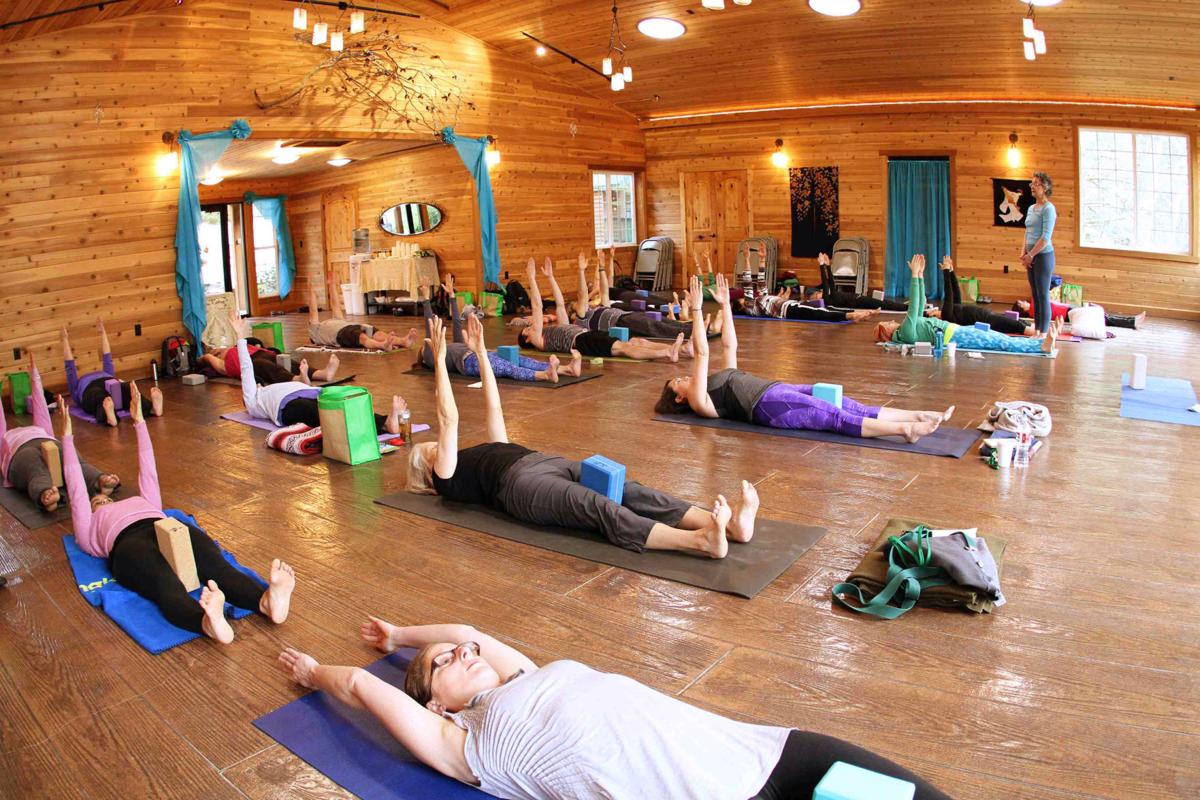 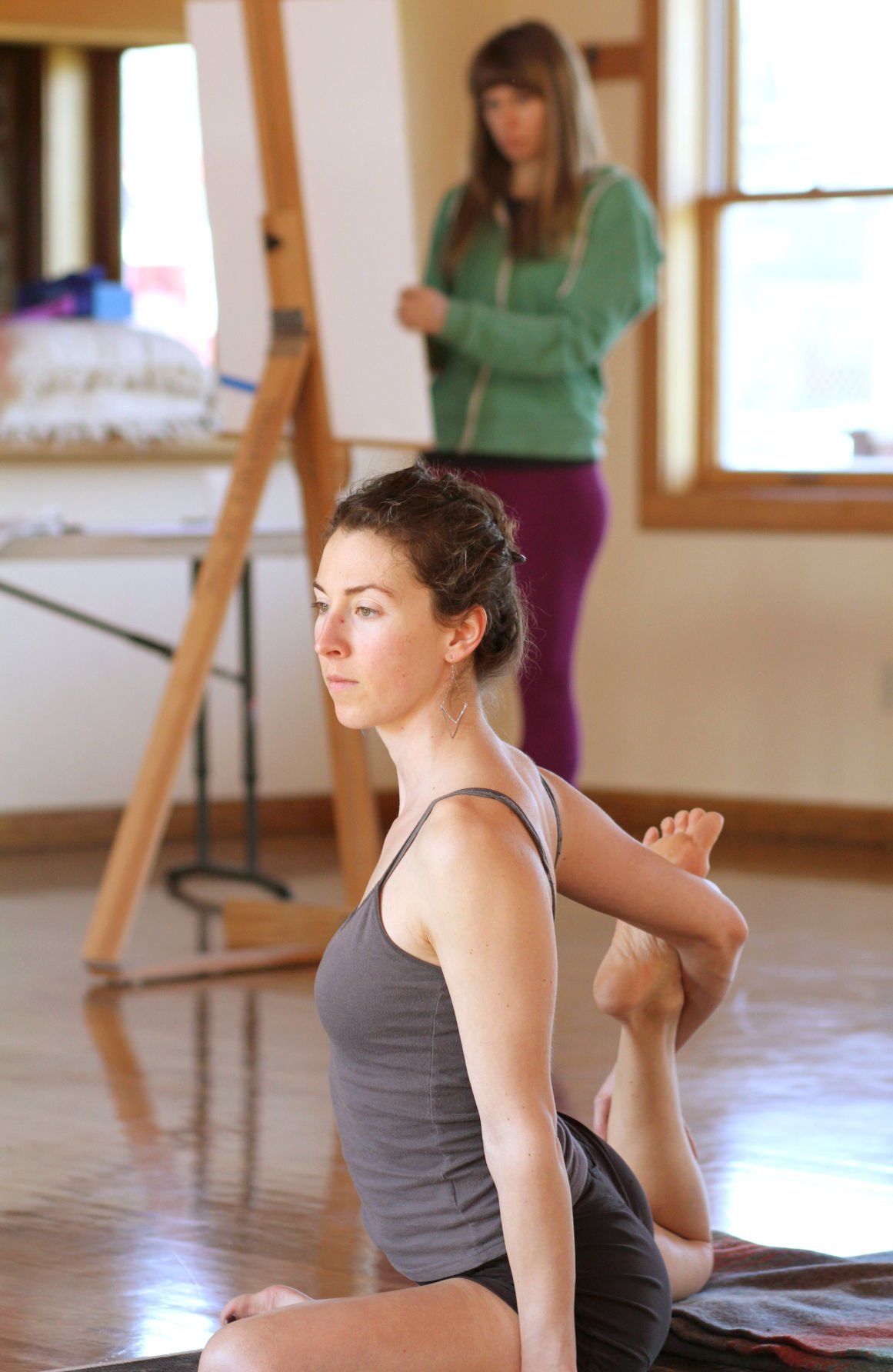 Julie Yanko models at a yoga figure drawing class. The class will be presented again this year taught by Cannon Beach's David Kinhan. # 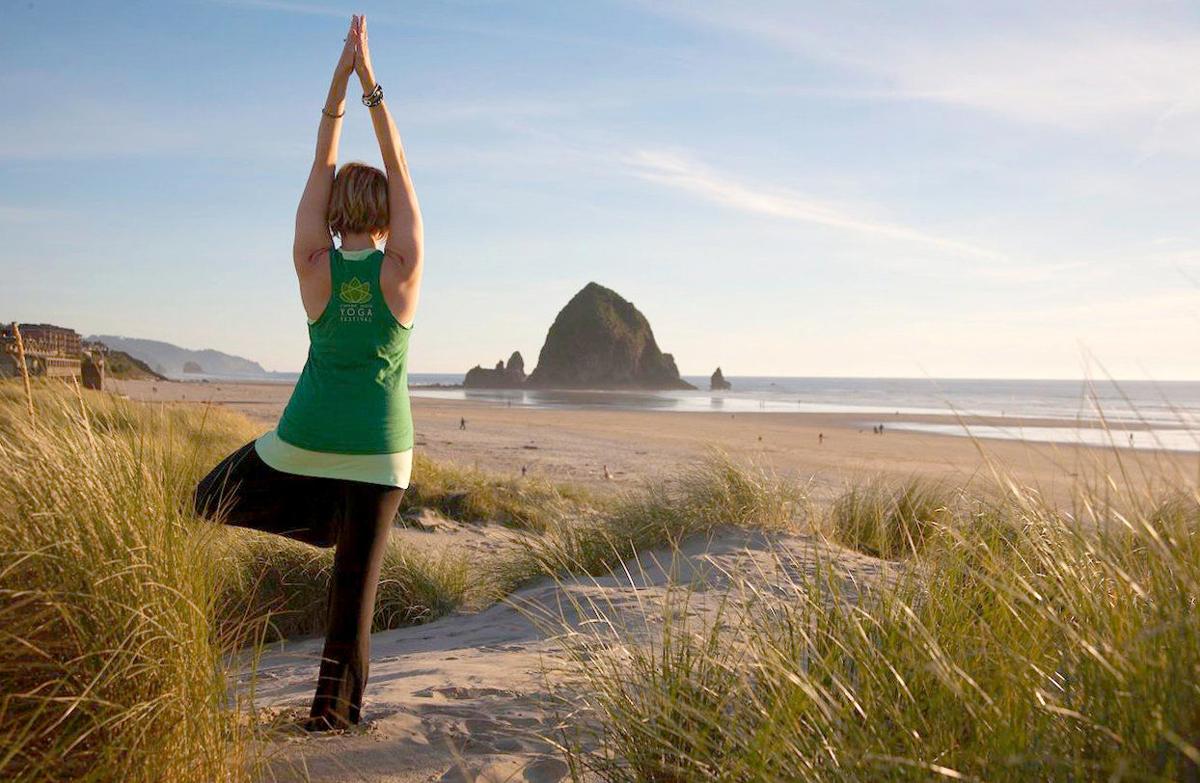 Julie Yanko models at a yoga figure drawing class. The class will be presented again this year taught by Cannon Beach's David Kinhan. #

In a city that values aesthetics, fitness and the spiritual, the Cannon Beach Yoga Festival appeals to devotees of all three.

The seventh annual festival arrives Feb. 24-27 as a result of a grant from the Tourism and Arts Commission to the Friends of Haystack Rock. More than 200 visitors are expected for classes, workshops and concerts at Tolovana Hall, Cannon Beach Chamber Hall, Hallmark Resort and Tolovana Inn.

Christen Allsop of Cannon Beach Yoga Arts founded and manages the festival, which she described as offering round-robin shuttles, scenic strolls, shopping and “lovely places to fall into for a lovely meal.”

And don’t forget the yoga. “We’ve invited some world-renowned teachers on the yoga teaching and conference circuit,” Allsop said Monday.

“They’re people I’ve worked with and really hold in high regard,” Allsop said. “They’re hand-picked because I want to have the best people coming from a number of different fields.”

Classes focus on poses, alignment, energy work and the psychology of yoga. Meditation, philosophy, dance and art as well are integrated into the weekend events.

“We’re offering a well-rounded scope that will allow something for everyone,” Allsop said. “I’m a firm believer if you put yourself in front of the best teacher, you’re going to get something wonderful from that teacher. That’s why I think it’s important for even beginners to study with masters.”

Yoga has a long tradition in Cannon Beach, Allsop said.

“There have been lots of great teachers who have come through Cannon Beach,” Allsop said, including festival presenter Sarahjoy Marsh, teaching “Yoga for the Right Brain” and “Restorative Yoga” among other classes.

A third of the attendees are teachers themselves, Allsop added.

Allsop’s parents bought a home in Cannon Beach in 1978. Her husband, Mark Allsop, is the owner of North Coast Mechanical. Daughter Lauren Allsop — known as Lolly — teaches yoga at the studio.

“When my husband and I moved here 25 years ago, our daughter went to Fire Mountain School, then Broadway and Seaside High School.”

“Yoga’s grown so much over the last 10 years, now there’s actually a chance to sustain a yoga studio year-round,” she said.

The studio on North Hemlock will offer a central hub for all of the festival activities and a shuttle bus available to bring attendees to and from events.

“It’s really an honor and a privilege to be able to have an opportunity to produce this event in Cannon Beach,” Allsop said. “I’m proud our community can put something like this together. It’s really pretty special.”

For registration and information, visit www.CannonBeachYogaFestival.com or call 503-440-1649.