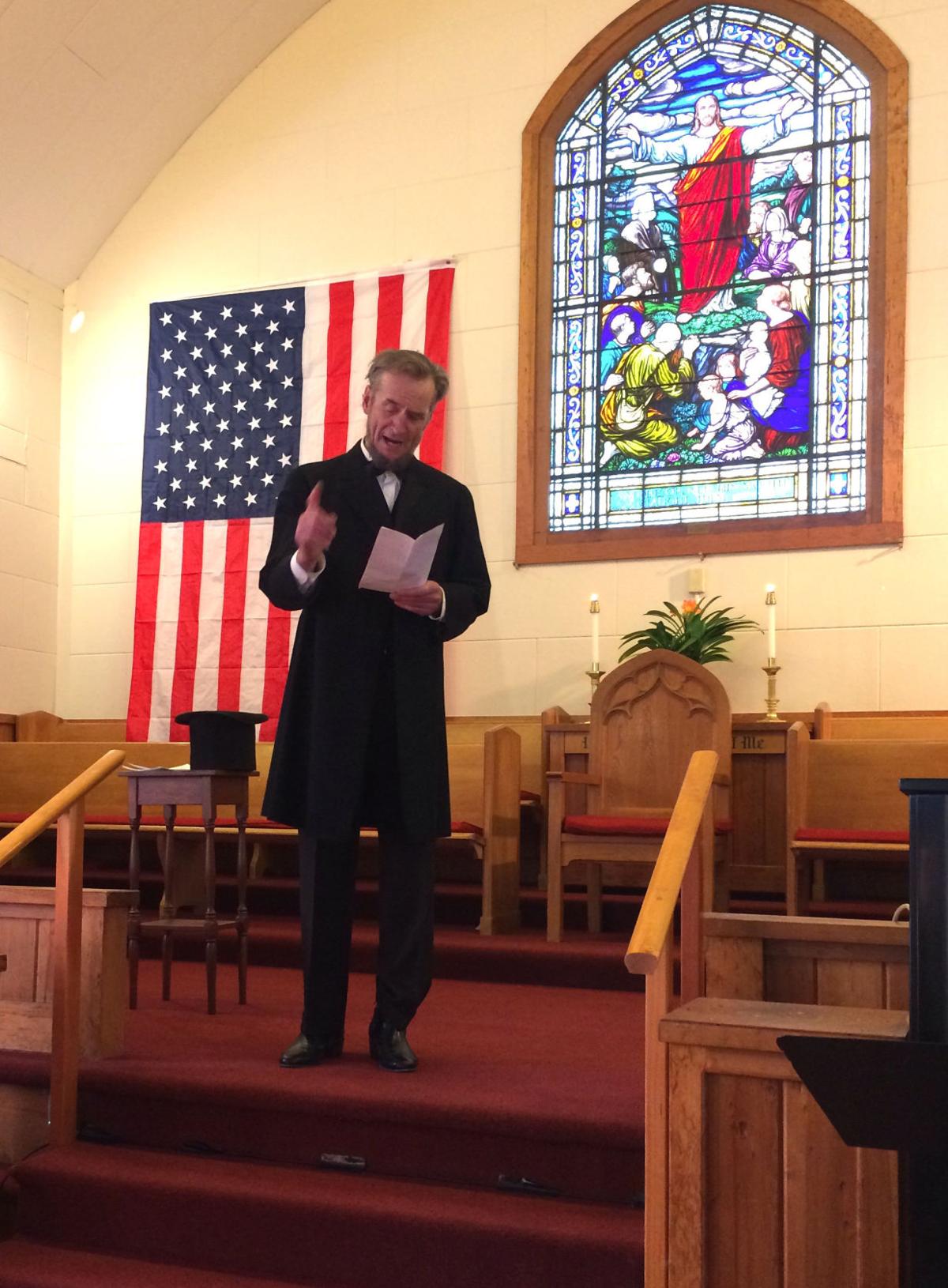 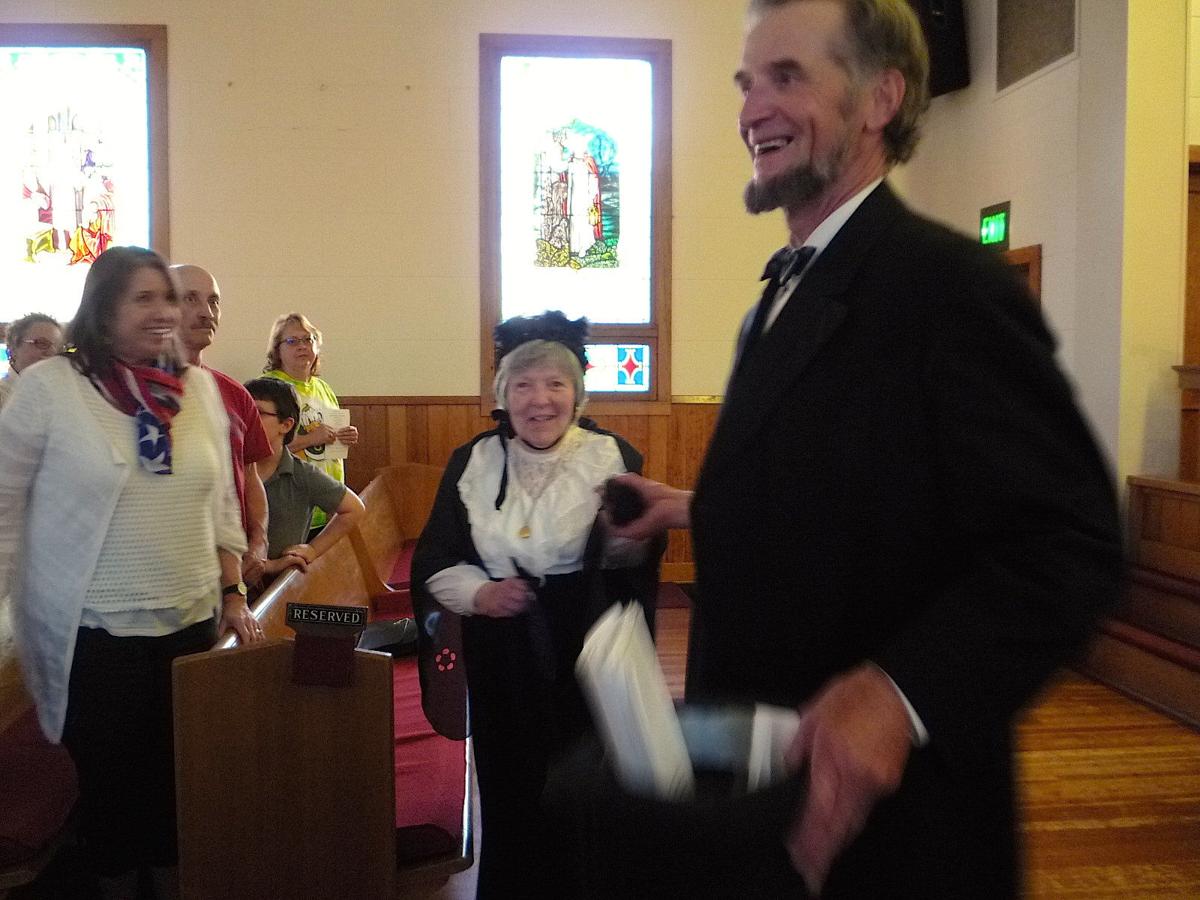 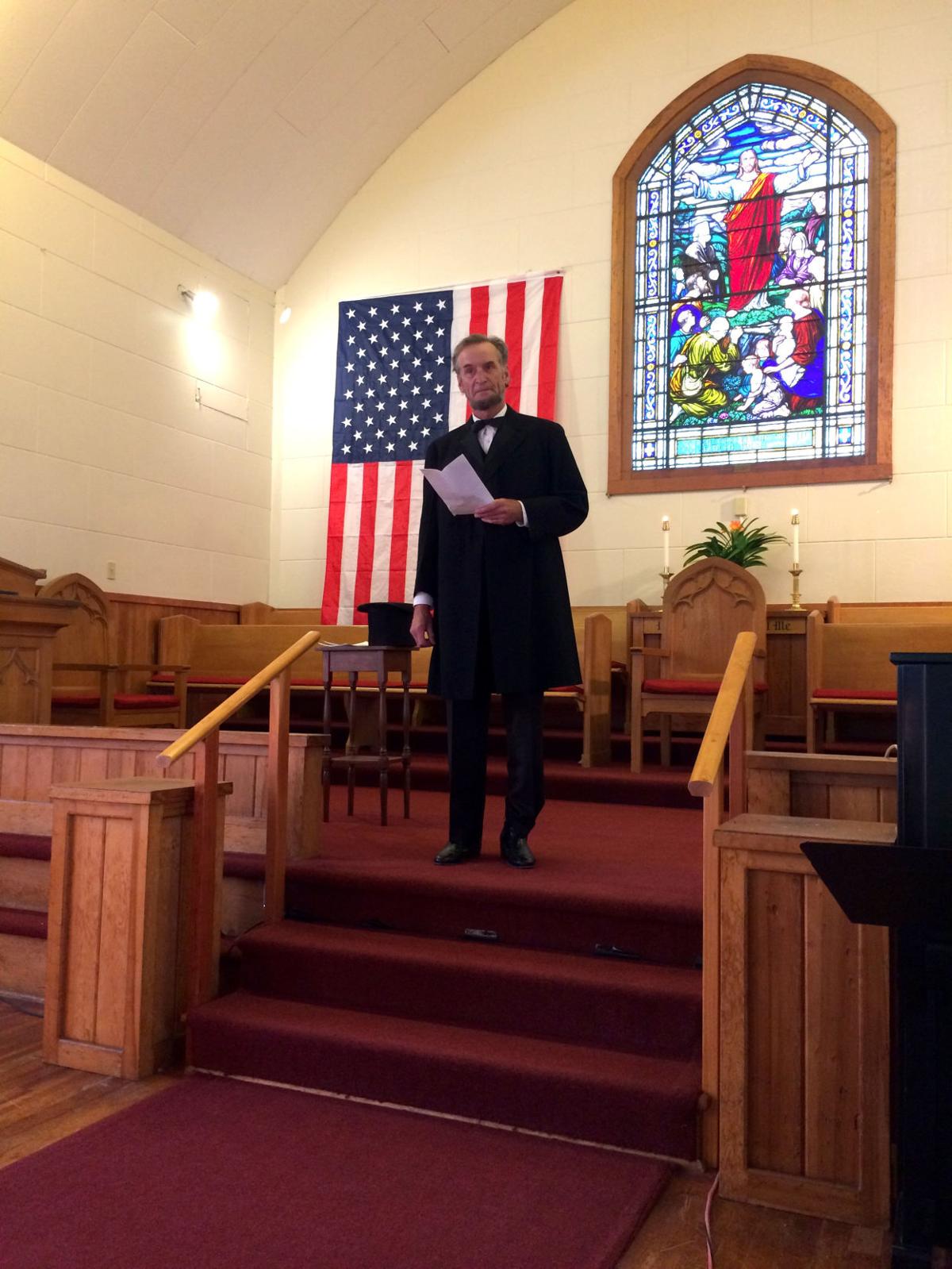 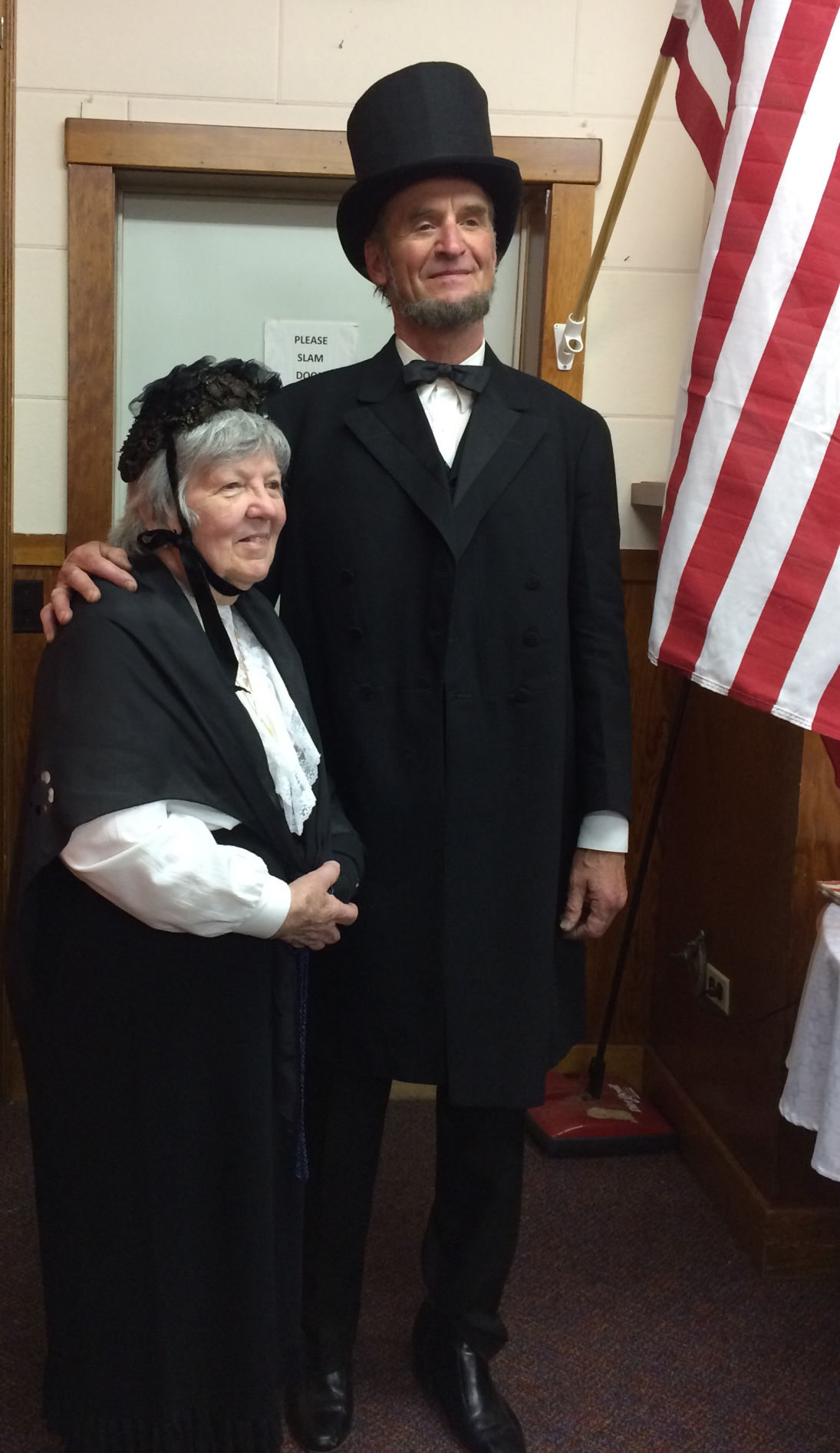 The words of a young Abraham Lincoln, and as the 16th President of the United States, are as relevant today as they were then. Lincoln fought for the inclusion of all people who come to this country. He spoke out fervently in favor of women’s suffrage and for assisting all foreigners who wanted to make a life in this great nation. And, as it was with slavery, America was and still is divided.

Standing just shy of Lincoln’s 6-foot-4-inch stature, Walter Trumbull brought Lincoln’s words to life in his one-man show “Lincoln: For the People” on June 23 at Seaside United Methodist Church, where he first performed eight years ago.

A slide show of Civil War pictures preceded the recitations, as did an introduction and singing of Julia Ward Howe’s stirring “Battle Hymn of the Republic” led by Debbie Vail.

His show comprised a chronological first-person narrative of Lincoln’s humble origins growing up on Little Pigeon Creek farm to Lincoln’s troubling years in the White House. It wasn’t just a monologue of Lincoln’s speeches, but an intimate portrayal into the man who freed people from the bonds of slavery while saving the Union. It was a look of Lincoln during his political years intertwined with recollections of childhood memories that influenced his path and character.

Though Lincoln was a man who took his job as president seriously, he was a storyteller with a good sense of humor and liked to make jokes. He loved reading and was a great fan of poetry, once considering himself a future poet.

Under the large oak trees on the farm, Lincoln wrote his first poem: “Abraham Lincoln, hand and pen, he will be good, but God knows when.”

Afterwards, his mother broke out in laughter, but his father who remained stoic said, “Abraham, that explains you perfectly.”

The idea of slavery was personal for Lincoln. During his childhood, it was law that fathers owned their children in all manners, even to hiring them out for labor. Lincoln was 17 when he was hired out as a laborer chopping wood and splitting rails for 25 cents a day. He didn’t like the idea and thought of himself as an indentured servant, but he respected his father and accepted this as a duty to help him.

At age 18, he left his father’s farm to forge his own path. It wasn’t long thereafter when he came face to face with slavery while working on a flatboat heading toward New Orleans. About two weeks later, he witnessed a well-dressed man leading a dozen slaves through the streets. Shackled at the ankles, he treated them as common stockyard pigs, kicking them if they spoke as if they were nothing.

Being opposed to the oppression of all peoples, this experience sickened Lincoln and left such an impression, he decided to study law and eventually run for office. He ran for a seat on the Illinois General Assembly in 1832, but lost that campaign. He ran again in 1834 and won. Two years into his service, Lincoln made his first public declaration against slavery. He tried again in 1849, this time proposing an amendment to abolish slavery in the District of Columbia, but lost.

These defeats did not deter Lincoln as he continued his service in the political arena. It was the Electoral College and not the popular vote that elected Lincoln the first Republican president in 1860. Lincoln won re-election to his second term, this time by the popular vote against George McClellan who wanted to reinstate slavery and restore the Union, as it was prior.

Lincoln knew well the growing power of capitalism’s threat to justice and liberty to all mankind, as it was promised in the Declaration of Independence. He understood that plantation owners in the South wanted free labor and slavery to endure forever. Slavery was the catalyst the South needed to start the Civil War and as he saw it, the elephant in the halls of Congress was slavery.

During his presidency, Lincoln stood strong against many threats and foes, and it was his belief of “all men are created equal” that ended his life.

Trumbull’s performance leaves one with a deeper awareness of the power of Lincoln’s words and actions in both his public and private life that showed Lincoln’s deep love he had for his nation, his family and for all people.

Trumbull has written variations of his Lincoln show bringing in more and more information about the man and myth. He says he started right after Barack Obama was elected president in 2008, and dedicates his show to his father who was a collector of modern day Civil War memorabilia. He has made a YouTube video reciting Lincoln’s second inaugural speech, receiving more than 70,000 views; it is as realistic as if witnessing it in person.

As the country celebrated another Independence Day, Americans continue to be thrust into a period of intense political polarization, anger and distrust; potentially jeopardizing the ideals for which Lincoln so honestly fought.

“Often I am confronted by the idea that today’s America is more sophisticated and more modern than people of other times. But, as I like to tell it, you can learn a lot from the past,” Trumbull said. “Our country would do well to have [Lincoln] as president again.”

Trumbull has lived in Seaside since 2000. He studied to be an opera singer pursuing a degree in opera performance and theater at Denison and Kent State universities. He enjoys the local arts scene and has performed at both the Coaster and Liberty theaters. Trumbull says he is at the point where he hopes to take his Lincoln show on the road.

“And at the end, it’s not the years in your life that count, it is the life in your years.” — Abraham Lincoln