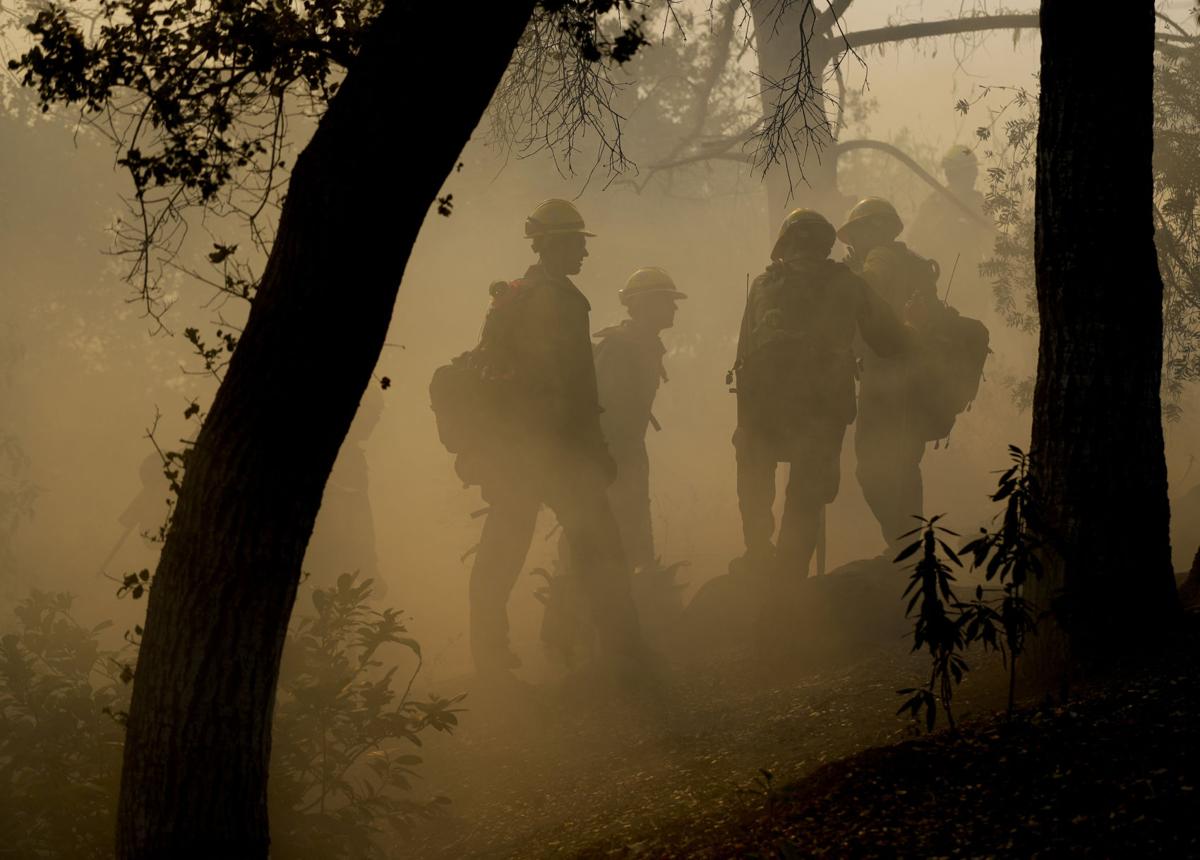 Firefighters from Kern County, Calif., work to put out hot spots during a wildfire Dec. 16 in Montecito, Calif. 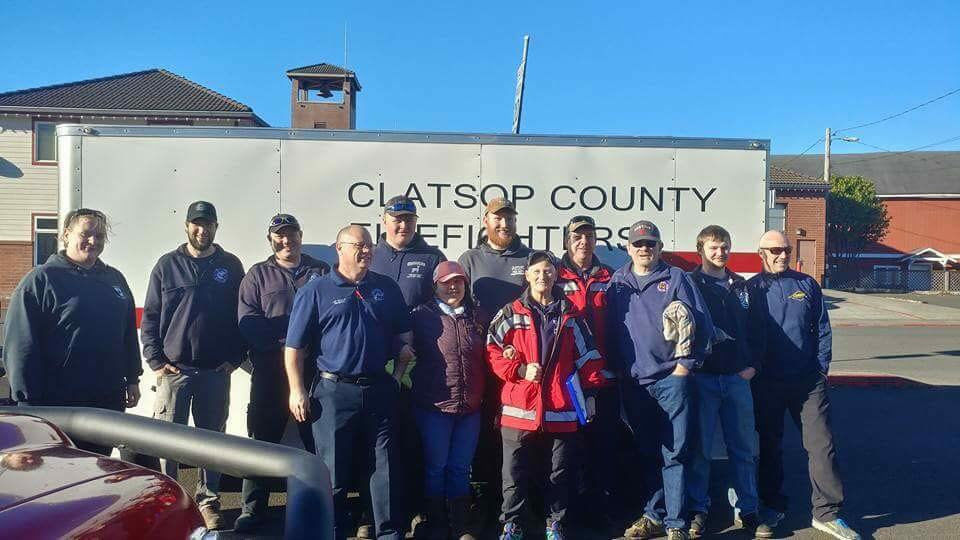 A dozen firefighters from Clatsop County have been sent to Ventura County, California to fight growing wildfires.

Firefighters from Kern County, Calif., work to put out hot spots during a wildfire Dec. 16 in Montecito, Calif.

A dozen firefighters from Clatsop County have been sent to Ventura County, California to fight growing wildfires.

When Tanner Rich joined the Gearhart Volunteer Fire Department as a part of his Pacifica Project senior year of high school, he never expected he would help fight the largest fire in California history.

Rich, 19, a Seaside native, was deployed to the Thomas Fire in Ventura County, which burned 440 square miles and destroyed more than 1,000 structures.

His previous experience consisted of structure fires, medical calls and helping with the occasional car wreck. So naturally, he was filled with equal parts uncertainty and excitement.

“It was pure shock. Wow — I’ve never seen something like that before. I grew up in Seaside,” Rich said. “Taking in all the burnt houses, seeing people coming back to find their houses was a very somber moment.”

Rich was one of the dozen firefighters sent from Clatsop County to fight a variety of fires blazing in Southern California earlier this month. The majority of the task force’s time was spent at the Thomas Fire, which has burned more than 280,000 acres and killed one California firefighter.

This is the third time Clatsop County firefighters have been sent this year to combat blazes outside of their jurisdiction — an anomaly for the region. The next most active summer was in 2015. Personnel were sent out only sparingly before then.

“If we’re getting called out all the way out here, I thought, how bad is it down there?” Rich said. “But I was excited to have an opportunity to help.”

While on the scene, Clatsop County firefighters were tasked with protecting homes, putting out hot spots and building fire lines to prevent the inferno from swallowing some of the ritziest neighborhoods near Los Angeles. Crew members trimmed back foliage and set sprinklers around houses to beat back growing flames.

Olney Fire Chief Tyson has been in the business of battling blazes in Oregon since 1986, and has seen a number of wildland fire deployments. But firefighting in Southern California, where rain hasn’t fallen since last February, brought unique challenges.

“When we went to Sisters, you could tell they built homes with fire safety in mind. They had backup energy in case the power went out to run the sprinklers, they didn’t have stuff growing up by the house,” Tyson said. “But (in California), the yards are full of dry brush litter for mulch, and plants were growing right up by the house. It made our jobs harder, for sure.”

What also made this deployment special was the camaraderie of the group, Tyson said. The crew worked 24-hour shifts, judiciously monitoring perimeters and putting out hot spots before they evolved into flames. The days were long and tiring, with members taking turns napping in the fire engines. The news of a California firefighter losing his life in the same fire they were fighting dampened everyone’s spirit.

But the bond they formed was invaluable to get through.

“If you are going to get deployed with anyone, this is the group to get. We had so much fun, but we took it real serious, too,” he said.

Gearhart volunteer Garcia said the bond crews build is one of her favorite aspects of being deployed on larger fires.

“People were encouraging each other, taking care of each other. What I love is that we were all one — not just firefighters from Gearhart, Seaside, Lewis and Clark, et cetera. Those hardworking days and nights, because of the attitude, didn’t seem as hard.”

“I just wanted to be apart of something and make a difference. That’s how I started,” Garcia said.

But what has kept her going five years later — even with the long, cold nights of patrol and the feeling of missing her four children back at home — is the feeling the gratitude of the people she protects, she said.

“It’s hard to put it into words. It’s different than on TV,” Garcia said. “You feel the heat of the flames, you feel the worry of these people, but you also feel the gratitude.”

Signs championing firefighters and encouraging messages from locals and family were some ways they felt that gratitude, said Dugan, Seaside’s fire division chief.

But one homeowner, still diligently moving his sprinkler around his property day in and day out after everyone had evacuated, stood out.

“He said he was a blue-collar guy, not like the rest of the multimillion-dollar homes that were around him. He was an electrician with a small avocado grove behind their house, and we were assigned to protecting his home,” Dugan said. “He told us this is all he had — he spent his whole life getting it. He was so grateful when we told him we were going to give him a break from protecting it.”

In the abstract, knowing he was fighting a fire that easily could be the equivalent of the distance to Astoria from Seaside was daunting, Dugan said. But in the day-to-day tedium of tasks, sometimes that awe is lost in translation.

“I was talking to someone on the crew who felt like in the middle of it we weren’t doing a whole lot. We weren’t on the front lines,” Dugan said. “But the Thomas fire is a 10,000-piece puzzle. Maybe we were just one piece, a blue sky piece, but without it the whole puzzle doesn’t work. That’s what we did.”

There’s a lot to learn from this year’s deployments, both Dugan and Tyson said. While local departments hold semi-regular wildland fire trainings, experiences like this can only prepare local forces better for events in their own backyard.

“Most of these areas hadn’t seen fires for 80, 100 years,” Tyson said. “The lesson is don’t get complacent just because we haven’t had a fire like this. Because they hadn’t either.”