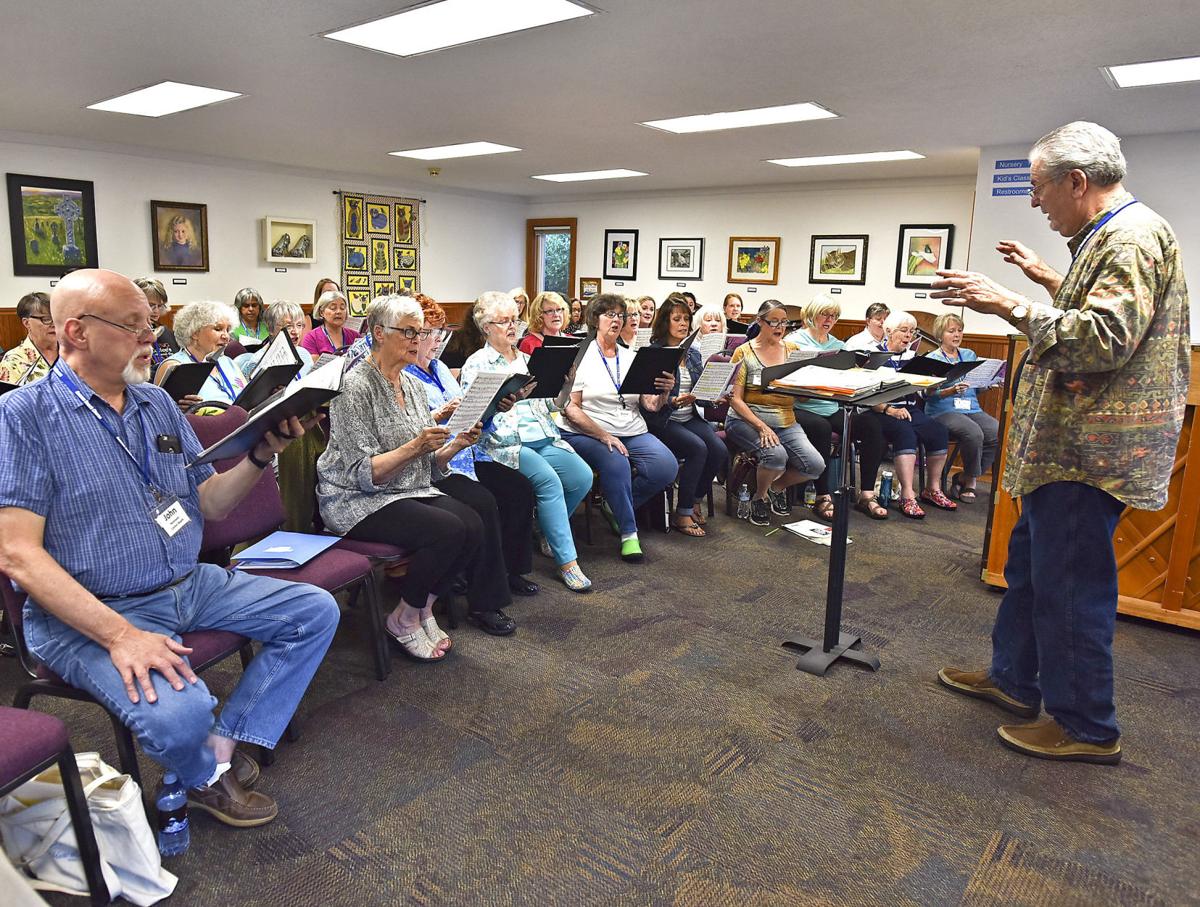 The Cannon Beach Chorus, which is celebrating its 30th anniversary, rehearses under the direction of John Buehler. 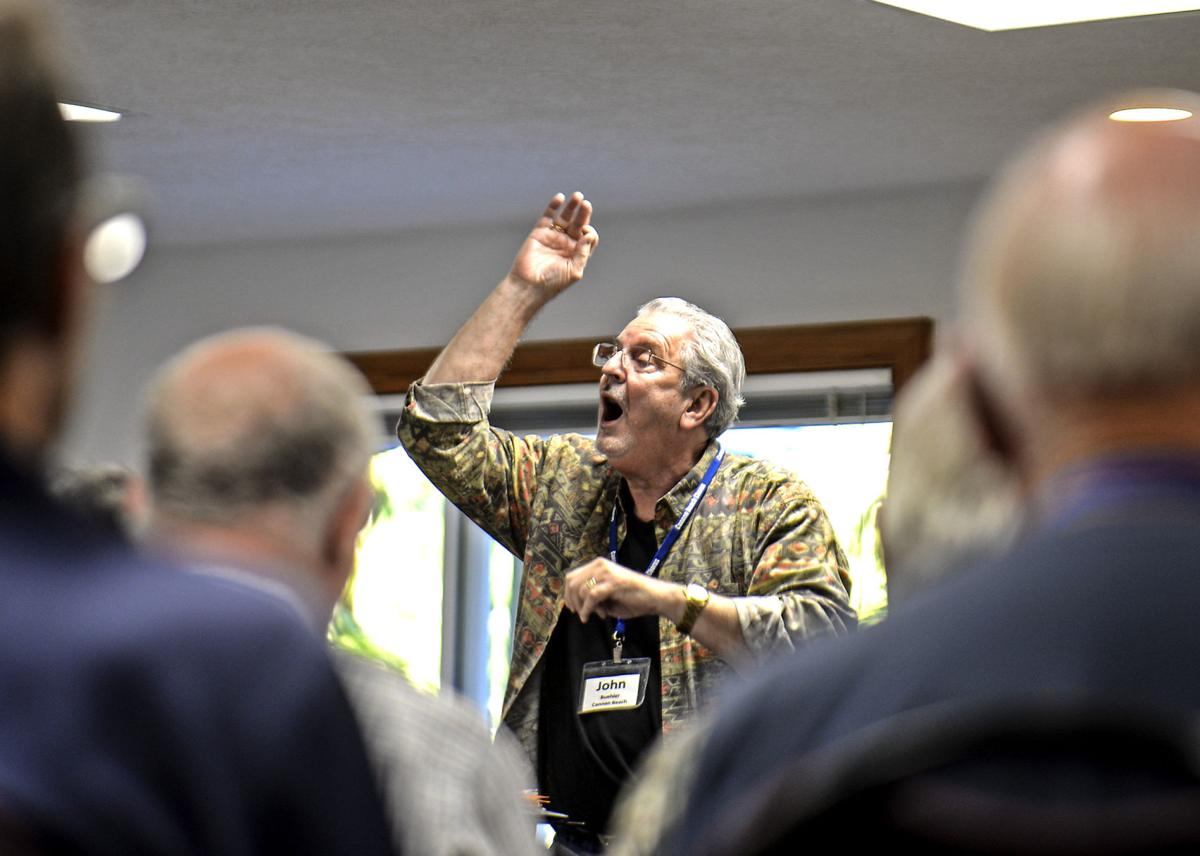 Dr. John Buehler conducts the Cannon Beach Chorus during a rehearsal. The group is celebrating its 30th anniversary this year. 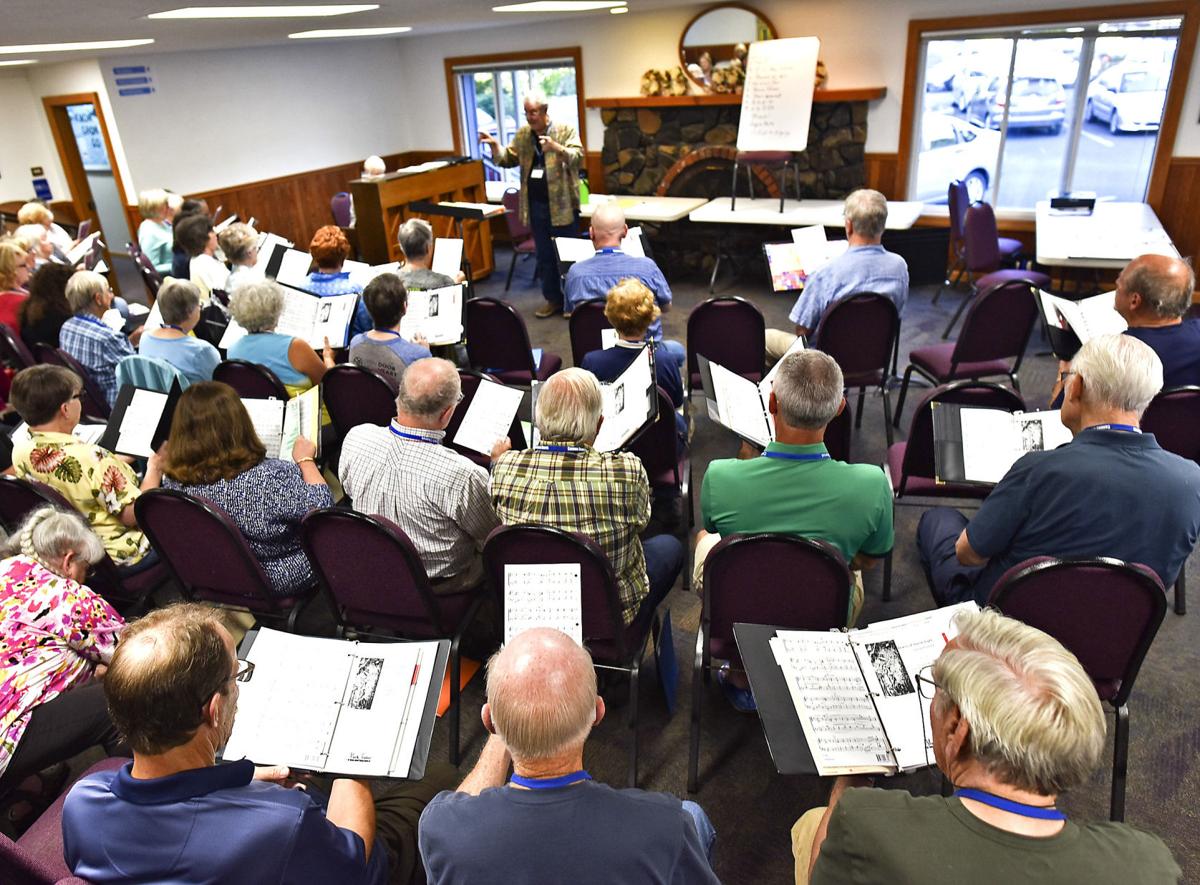 The Cannon Beach Chorus rehearses in preparation for performances that will celebrate the 30th anniversary of the group. 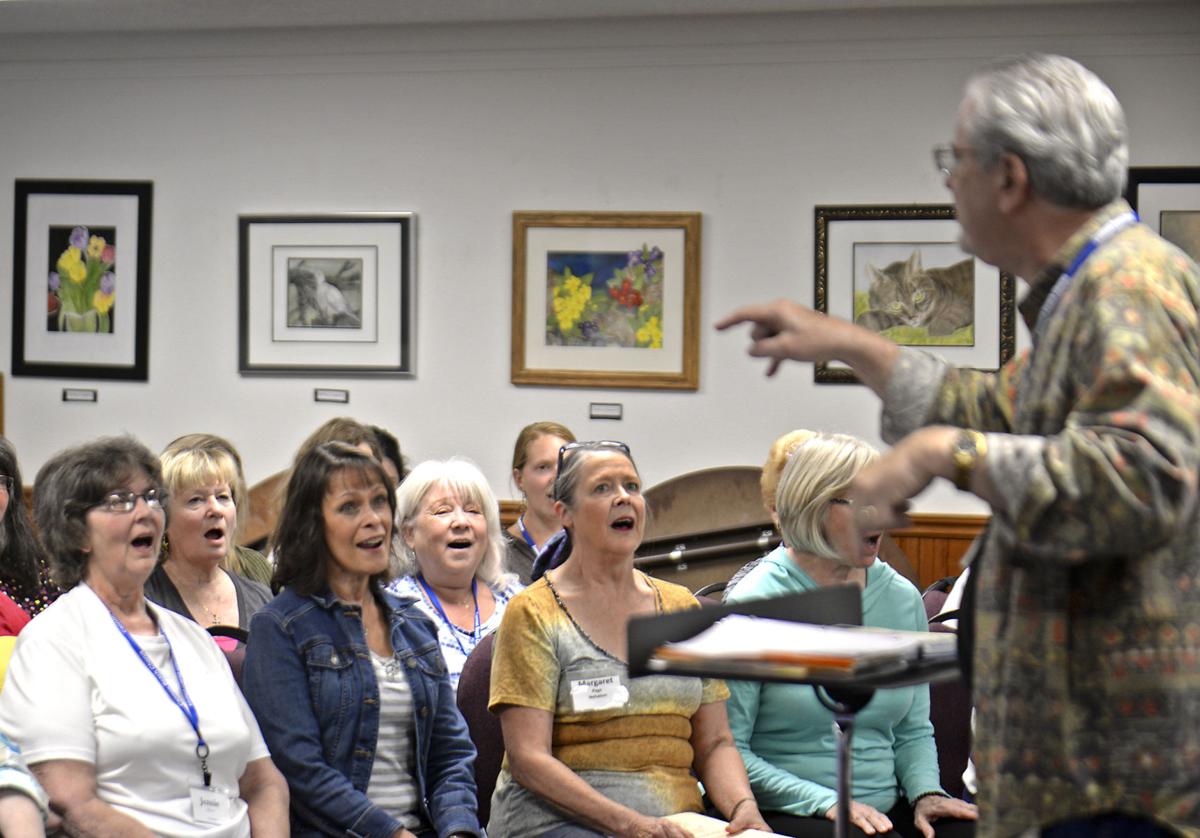 Members of the Cannon Beach Chorus practice under the direction of Dr. John Buehler, right, as the group prepares for upcoming performances.

The Cannon Beach Chorus, which is celebrating its 30th anniversary, rehearses under the direction of John Buehler.

Dr. John Buehler conducts the Cannon Beach Chorus during a rehearsal. The group is celebrating its 30th anniversary this year.

The Cannon Beach Chorus rehearses in preparation for performances that will celebrate the 30th anniversary of the group.

Members of the Cannon Beach Chorus practice under the direction of Dr. John Buehler, right, as the group prepares for upcoming performances.

Not a minute is wasted at the Cannon Beach Chorus.

Every Monday night, the lobby of the Cannon Beach Community Church is packed with more than 60 singers with name tags that show people from Ocean Park, Washington to Oceanside ready to sing at 6:30 p.m. They come from all walks of life, with some members still in high school and others more than 80-years-old.

And at the helm is their director, John Buehler, who made sure warm ups began no later than 6:31 p.m.

“The discipline is what allows people to do this casually,” Buehler said. “You don’t get this time back, so I plan to the minute. There are many different needs that need to be addressed every minute, and it’s supremely important that people’s time is honored.”

But moments of seriousness were laced with lighthearted fun.

“Bless your heart but not your throats,” Buehler said after the choir was trending flat after multiple repetitions of a phrase, a comment met with a roll of laughter.

In its 30th anniversary, the choir, currently in the throes of preparing a Christmas Oratorio, is known to perform regularly in the community and across the coast. To celebrate, the choir will have a piece commissioned especially for them to premiere next spring.

Buehler, who started on as the conductor in 2010, is the former director of choral studies at Baker University in Kansas and led a variety of community and collegiate choirs for more than 40 years. He moved to Cannon Beach to be closer to his grandkids, but over the past eight years Cannon Beach has managed to stand out in the chorale department, as well.

“It’s amazing to be as healthy as we are at 30 years,” Buehler said. “Most community choirs in a town the size of Cannon Beach don’t grow to include members from other communities. When in this day in age our area of existence seems to be getting smaller, every person brings that sense of community (to the choir).”

But what is now a robust, four-part choir was born from the humble beginnings of a dozen or so people in 1988 deciding within the walls of a local recording studio that starting a community choir could be fun.

Carole Whitlock, a longtime Cannon Beach resident, was one those founding members. The original director, Danny Lawson, owned a recording studio in Sandpiper Square at the time, which served as the group’s first rehearsal space.

“We worked in the same building, and we talked about how it would fun to organize a group to sing,” she said. “So we did.”

Whitlock sang with the group until 2000, weathering a number of venue and director changes. Averaging only 12 to 20 members, the group struggled to maintain enough voices, but it didn’t stop them from performing all over town at venues like Cannon Beach City Park, local churches, the Coaster Theater, and eventually Carnegie Hall in New York City.

In the beginning, most of the music the group sang leaned toward Rock n’ Roll and musical theater – a large departure from the current group’s classical bent.

“There weren’t a lot of options at the time for singing, so it was a special opportunity,” Whitlock said.

Since then, Susan Glarum, the one member of the chorus who has been involved since its founding, said she has seen the status of the chorus ebb and flow with regard to participation, quality and style.

“It just keeps getting better and better,” she said. “I look forward to the camaraderie when I come to practice. I wouldn’t see all these people other than right here, working toward a common goal.”

For Buehler, so many people coming from such different backgrounds to create something together is what makes directing a community chorus special.

“For a specific moment, we all focus on a product together ­— and I don’t know how many things in life go that way,” he said.

With diversity comes challenges, as well. With a variety of skill levels and ages, Buehler is faced with the challenge of meeting everyone where they are at in terms of technique and musicianship.

But working on those challenges every Monday night is what makes this job best, he said.

“Music does things to us when we do music,” he said. “In our choir we can show joy, despair, healing and hope. It makes the community feel more.”