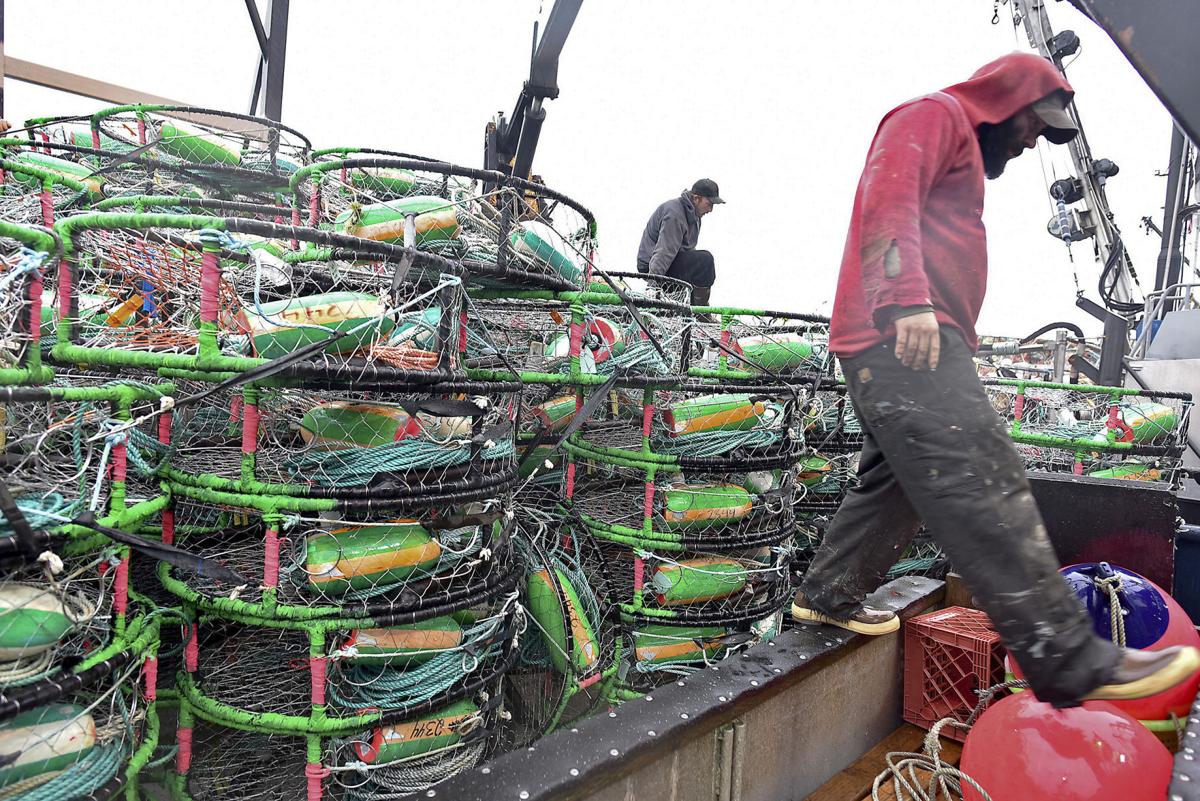 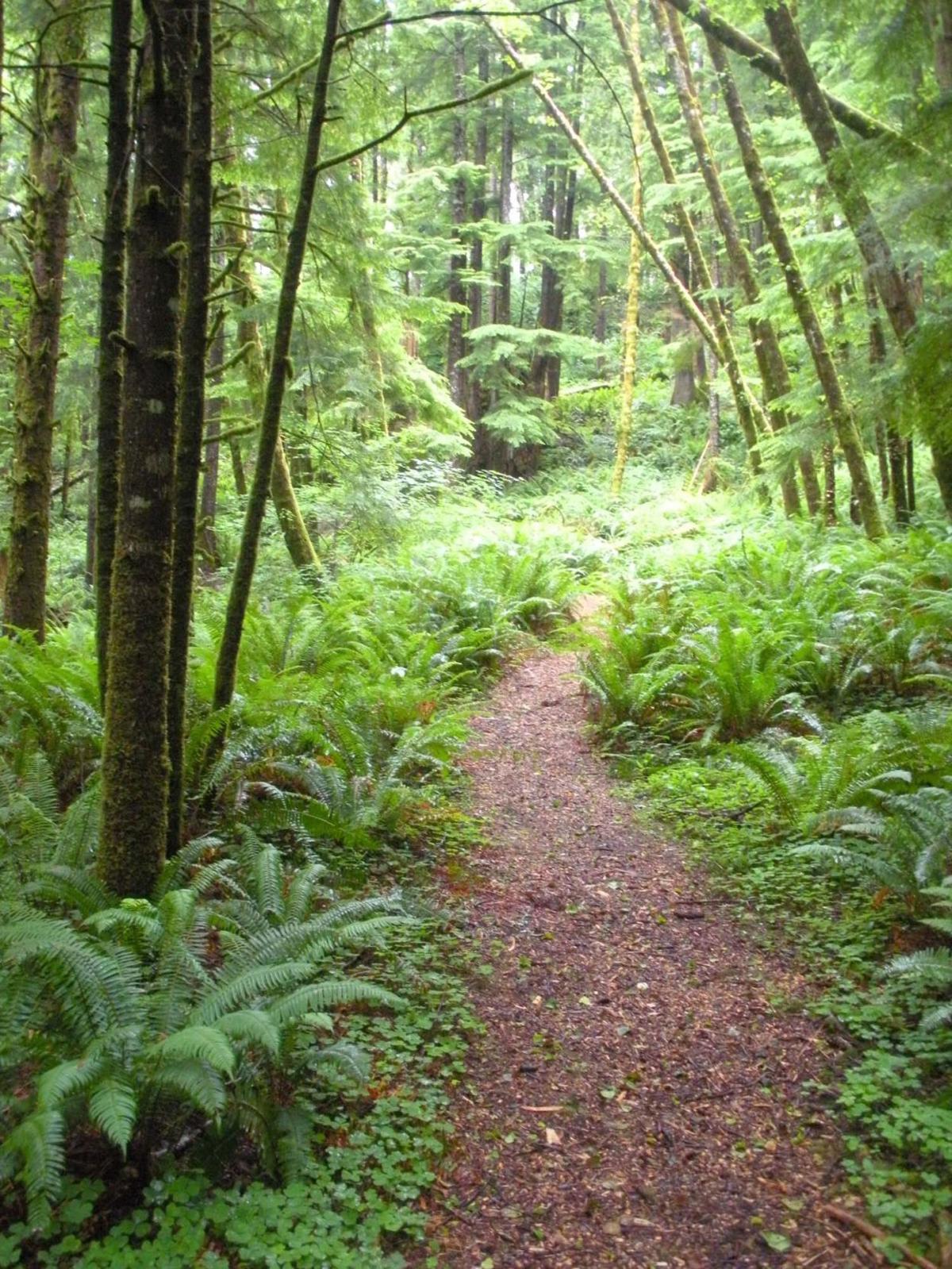 The impact of climate change could be seen in forests. 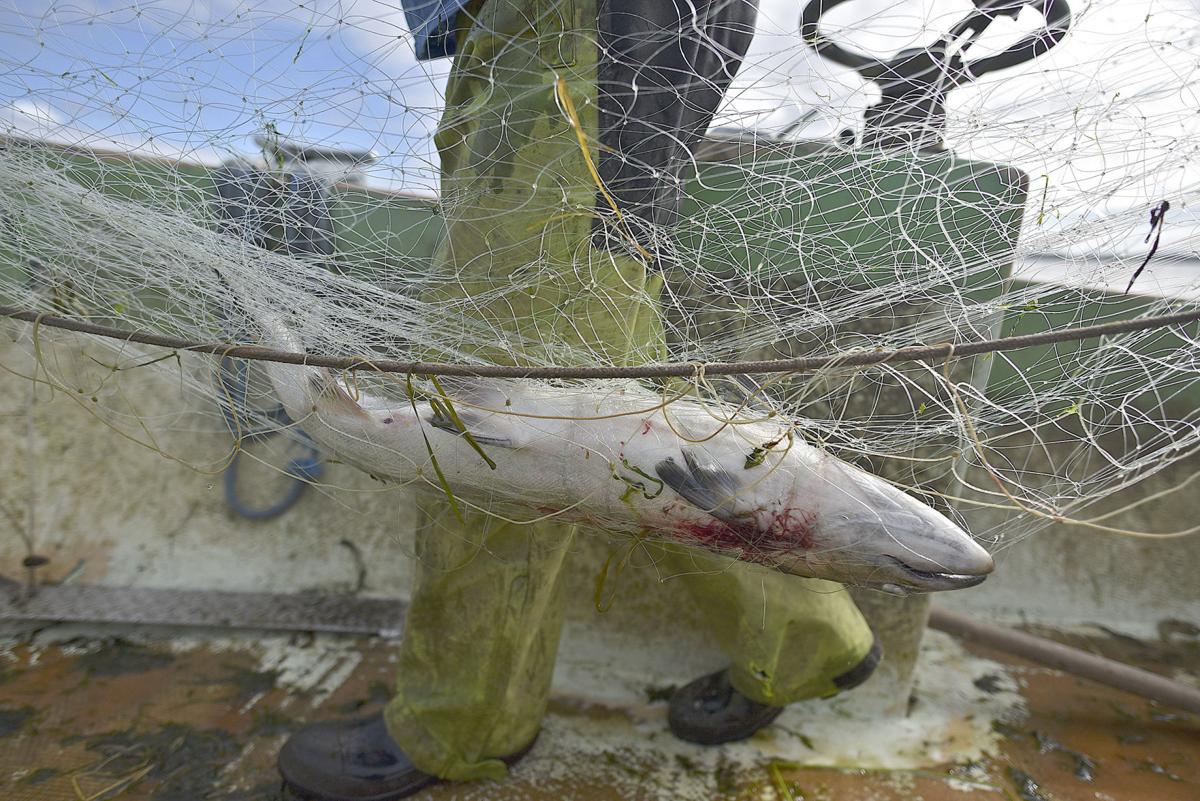 A salmon is caught in a gillnet on board Tim Becken's boat. 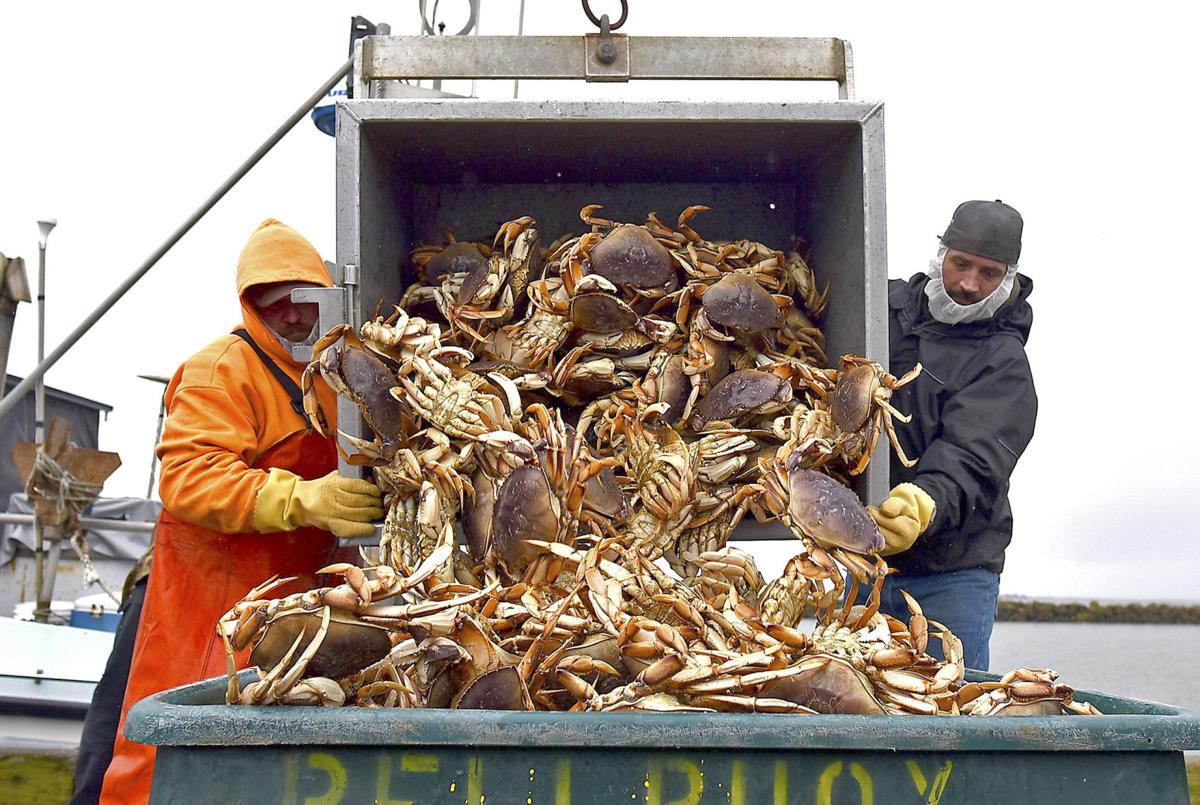 Personnel at Bell Buoy Crab Co. offload crab at the Port of Chinook. 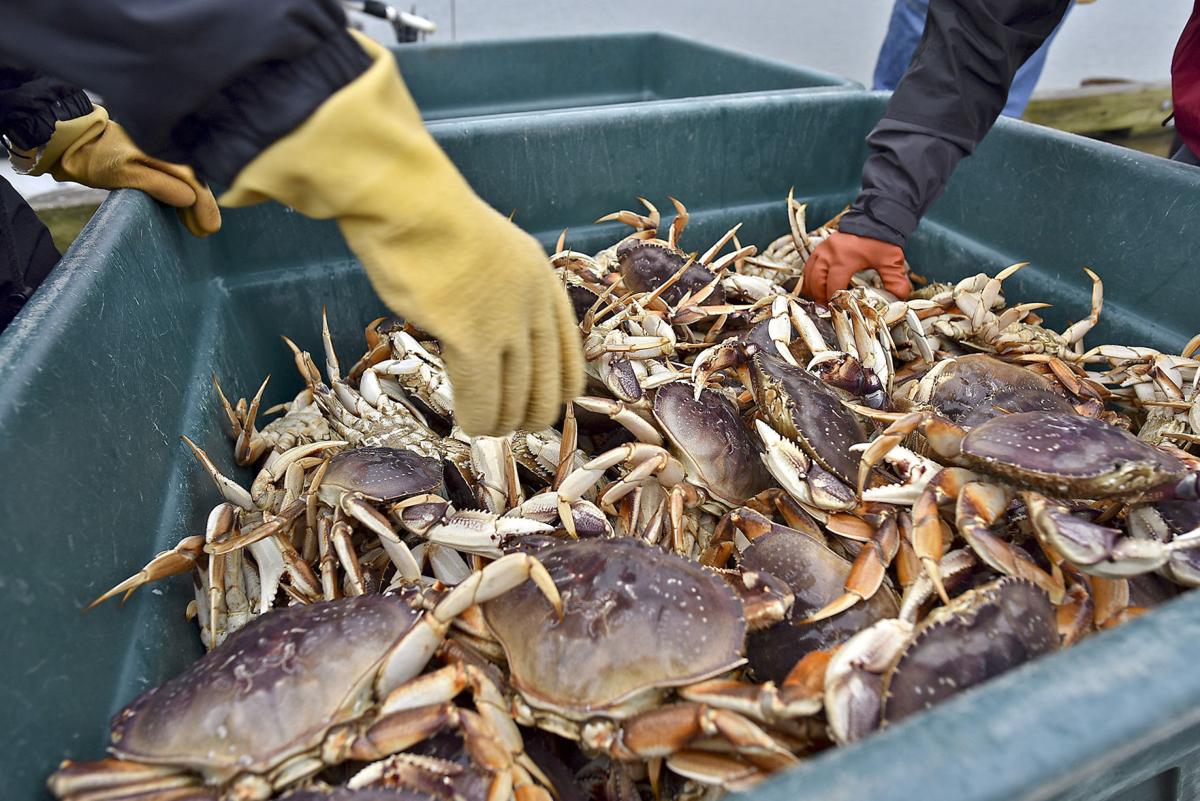 The impact of climate change could be seen in forests.

A salmon is caught in a gillnet on board Tim Becken's boat.

Personnel at Bell Buoy Crab Co. offload crab at the Port of Chinook.

The Northwest is already feeling the effects of climate change and the situation is only expected to get worse, especially the weather, according to a national climate assessment.

Next year, for the first time, climate change data will be included in Clatsop County’s Natural Hazards Mitigation Plan, a collection that details how communities intend to minimize, prepare for and respond to disasters like flooding, coastal erosion, drought, tsunamis and wildfires.

The natural events are expected to be exacerbated by the more severe weather patterns associated with climate change. The county’s plan is updated every five years and ensures eligibility for federal disaster funding.

The plan is separate from the national assessment, but will likely draw on data presented in the 1,600-page report. The assessment paints a dire picture for the future of the Northwest and predicts more severe weather and major impacts to natural resource sectors from forestry to fisheries.

Tiffany Brown, the county’s emergency services manager, met with stakeholders this week and hopes to discuss the hazards plan update with the county Board of Commissioners in January. She sees the requirement to include climate change data as another lens, a useful and necessary way to understand how best to prioritize projects and prepare for a variety of disasters in the long term.

But she is also aware just how divisive talk about climate change has become.

“So let’s couch it in the most scientific thing we have at the county level, the Natural Hazards Mitigation Plan,” Brown said. “Let it (include) the raw data that came directly from the federal government and let it live there and let us come to the document as a community or as individual stakeholders and take what we need.”

The county’s plan outlines situations that can be rare but that are — with the exception of a Cascadia Subduction Zone earthquake and tsunami, last experienced here some 300 years ago — familiar. Climate change and how it will specifically impact the North Coast is more difficult to sort out.

The national assessment lumps together Oregon, Washington state and Idaho generally as the Northwest and does not break the region down into more specific regions.

However, 2015 — a year of drought and wildfires, low water, lack of snow and major agricultural losses across the Northwest — provides some insight. The extreme climate events figure heavily in the national report, illustrating some of what researchers believe could constitute the Northwest’s “new normal.”

The effects of warm water in 2015 are still being felt in this year’s low salmon returns — what remained of a generation of fish who entered the ocean at a time when waters were unusually warm and their chances of survival were poor. In September, Oregon and Washington state fishery managers closed the Columbia River to all salmon fishing after salmon runs came in well below preseason predictions.

Researchers predict the Northwest’s natural resource sectors will suffer as climate change conditions become more marked. The North Coast has built its economy around logging and fishing, and, in recent years, around tourists who are drawn to the outdoors and the area’s natural beauty.

Already, fisheries scientists have seen shifts in fish populations and examples of how salmon might change where they spawn if water conditions are poor. In 2015, there was little or no snowpack to feed streams and rivers in Oregon and Washington state. Climate models predict even more warm, snow-free winters in the future.

Areas already prone to erosion or where landslides are common will likely deteriorate further under the more severe weather expected with climate change. Both erosion and landslides have already changed the face of the popular Ecola State Park near Cannon Beach many times over the years. Winter landslides cut a trail between Ecola Point and Indian Beach in half in 2016.

And there are other considerations.

Water is not something the North Coast ever feels like it lacks, but water supply and quality could become an even greater concern in light of climate change. Larger communities like Portland or Corvallis have two or more nearly independent water supplies.

“A lot of coastal communities rely on very local sources,” said Philip Mote, director of the Oregon Climate Change Research Institute at Oregon State University, and a co-author on the national assessment’s Pacific Northwest chapter. “They can have real difficulty in a dry summer.”

Clatsop County has yet to see a big, aggressive forest fire like the blazes that have plagued other communities in recent years.

“But it’s not out of the realm of possibility,” Mote said.

The coast’s forests are not accustomed to seasonal burning — they are not “fire adapted” — and underbrush abounds. In these wet forests, when a fire gets going, it’s not a low-intensity burn as may occur more regularly elsewhere in Oregon. Instead, it is devastating.

“A place where it rains 100 inches a year yet it went up like a tinderbox,” Mote said.

Mote recently reviewed a report on the impacts of global warming that he’d been involved in writing nearly 19 years ago.

“We spent maybe a paragraph or two on how forest fires might even become a problem,” he said. “And now they’re one of the leading ways we think about climate change in the West.”

The national assessment is the fourth such report under the U.S. Global Change Research program and the first since 2014. The Northwest chapter included authors from across Oregon, Washington state and Idaho representing universities, state and federal agencies, Native American tribes and private industry.

As communities in the Northwest struggle to figure out how to address climate-related impacts before or as they occur, report authors noted that not all groups are on equal footing.

Mote and others in Oregon hope to refine the information presented in the national assessment, looking for gaps and for ways to provide even more detailed guidance to distinct areas across the state.

Over and over, Mote has seen the push to address climate change locally come from pockets, small groups, or motivated community leaders.

Groups like the Portland Water Bureau started thinking about how climate change could affect supply and demand 20 years ago. These groups have the resources, capacity and community support to start figuring that out, Mote said.

But the question remains, he said: “How do you help communities that don’t have all that going for them to tackle these same questions?”