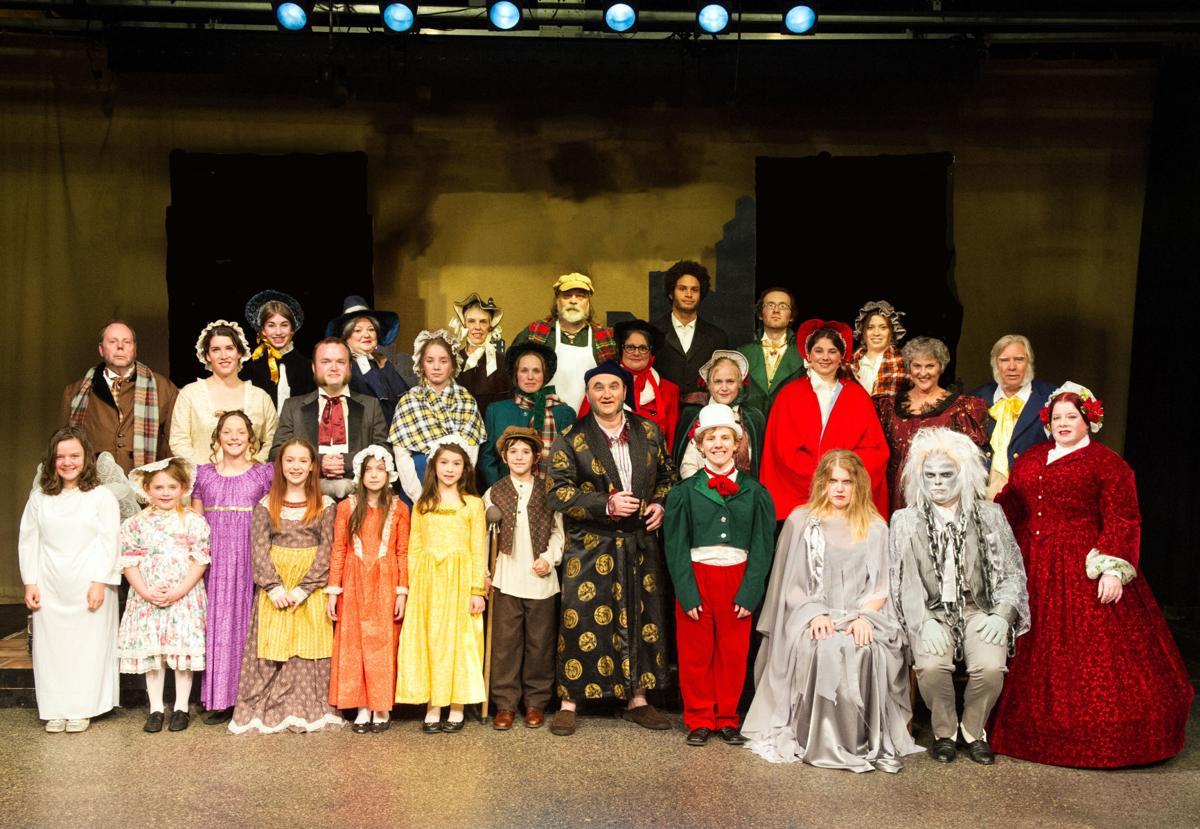 The full cast of “A Christmas Carol: The Musical” 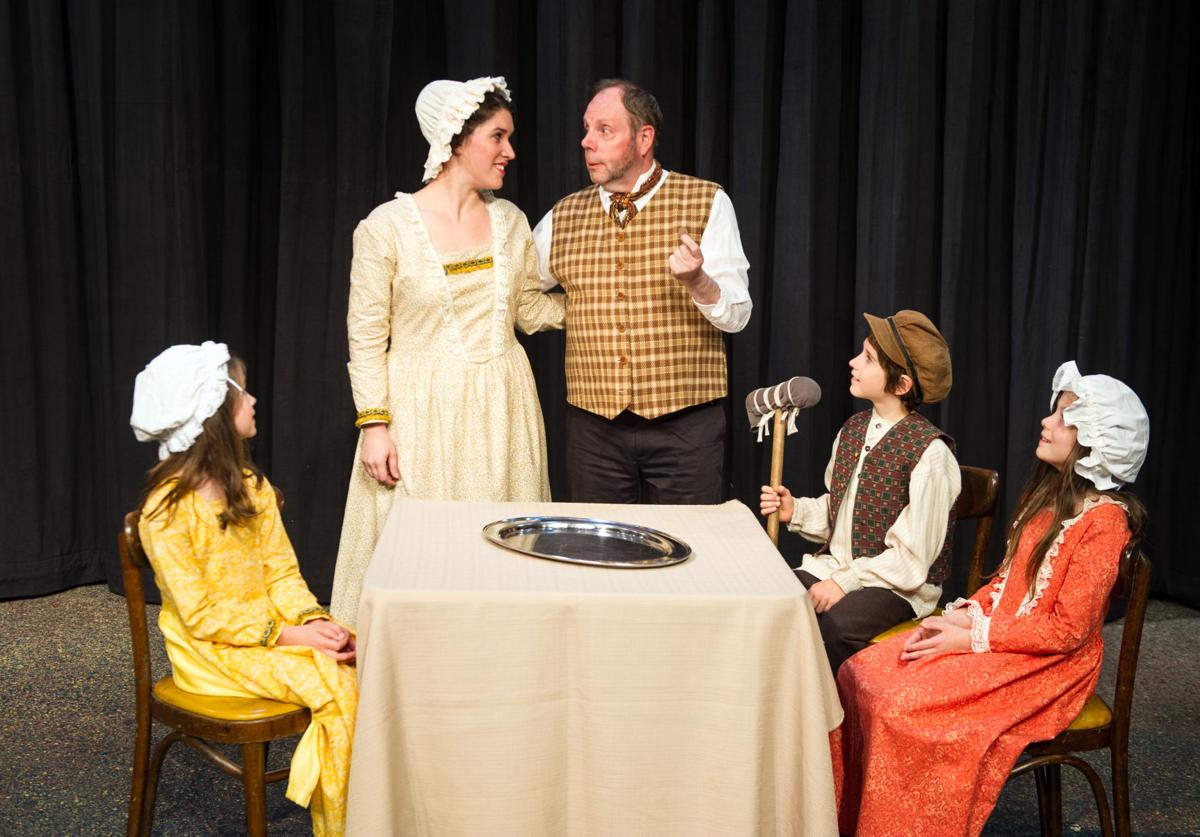 The Cratchit family in “A Christmas Carol: The Musical” 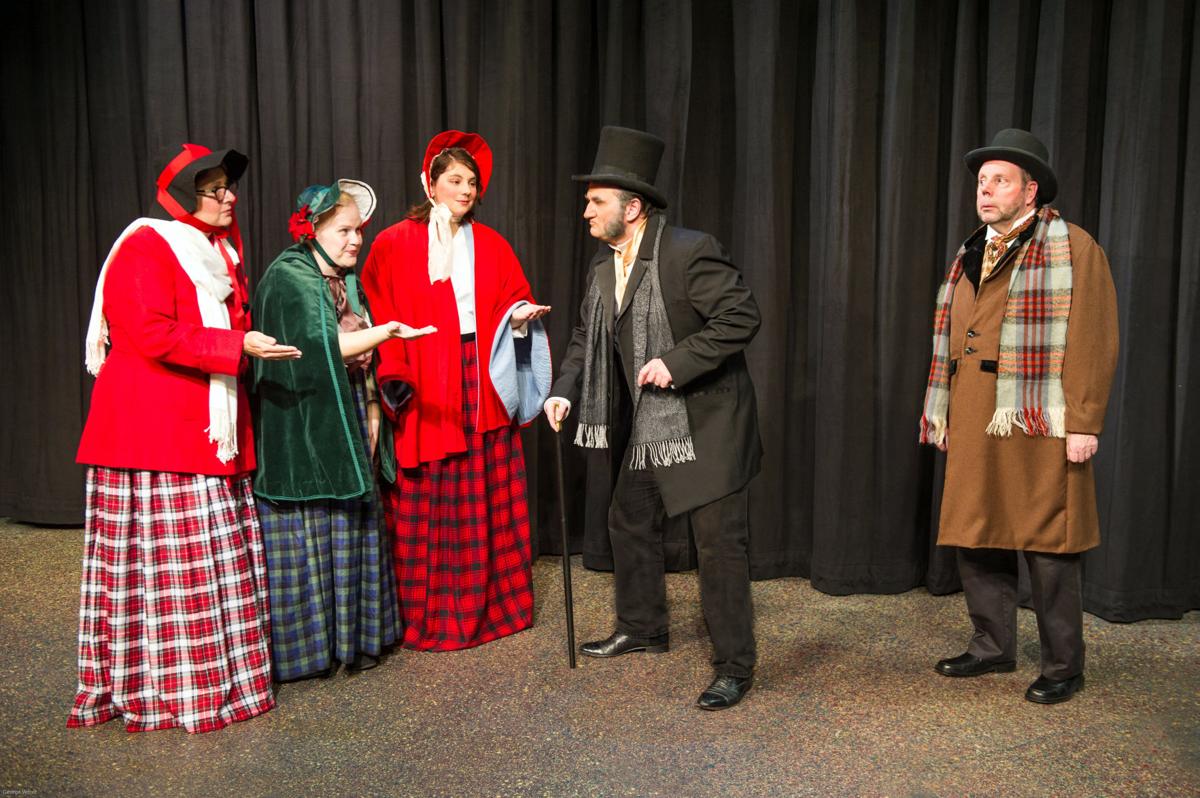 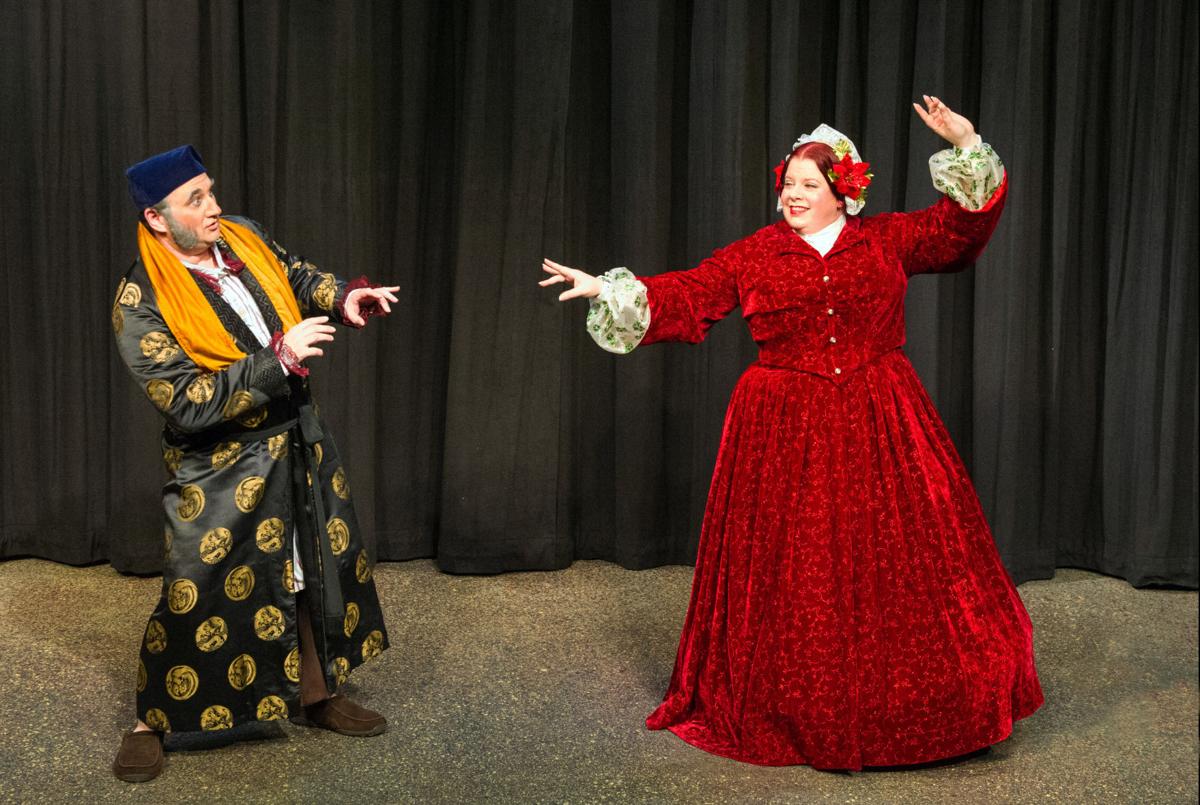 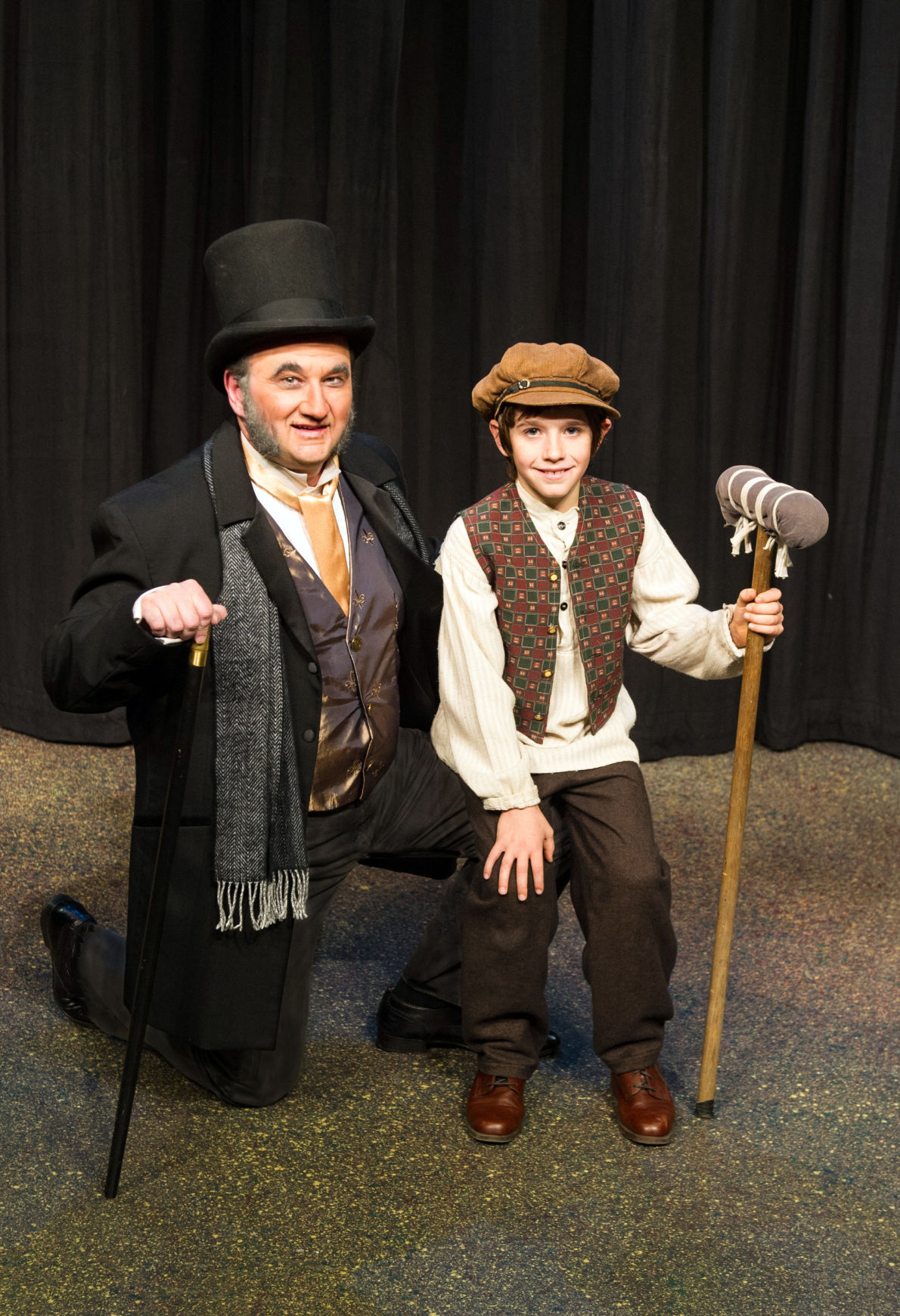 The full cast of “A Christmas Carol: The Musical”

The Cratchit family in “A Christmas Carol: The Musical”

You know the story: the miserly skinflint visited by three ghosts who teach him the error of his ways and help him learn the true meaning of Christmas. It’s added the term “Scrooge” to the lexicon, turned “Bah! Humbug” into an all-purpose grumble of anti-holiday disdain, and has been adapted, reimagined and parodied countless times. In the annals of timeless holiday tales, “A Christmas Carol” resides comfortably at the top of the list.

And now, to close its 45th anniversary season, Cannon Beach’s Coaster Theatre Playhouse brings “A Christmas Carol: The Musical” to the stage. The show runs through Saturday, Dec. 23.

The Charles Dickens classic is part of a tradition stretching back to the theater’s beginnings.

A community-written and performed production, known as “The Dickens Play,” was among the Cannon Beach playhouse’s first offerings in 1972, and became their go-to winter attraction for many years thereafter. Further adaptations followed, most recently Leslie Bricusse’s “Scrooge! The Musical” in 2012. And now the theater has brought things full-circle with its most ambitious “Carol” to date.

Originally produced at the Theater at Madison Square Garden, where it ran annually from 1994 to 2003, “A Christmas Carol: The Musical” is trickier and more challenging than most. With lyrics by Tony Award-winner Lynn Ahrens and music by eight-time Academy Award recipient Alan Menken, the production, as directed by Lisa Fergus, utilizes nearly wall-to-wall music and very little spoken dialogue.

“It’s more of an operetta than a standard musical,” Jenni Tronier, the Coaster’s marketing and operations director, said. “Almost everything in the show is sung rather than spoken, which is a challenge for our actors; it uses different muscles than they might be used to.”

“As far as format goes, it’s probably closest to something like ‘Les Miserables,’” added David Sweeney, a Coaster regular — this is the fourth production he’s appeared in this season — who is lending his talents (and his burgeoning muttonchops) to the role of Bob Cratchit, Ebeneezer Scrooge’s put-upon underling.

“Anyone should be able to follow along even if they’re unfamiliar with the story — if such a person even exists!” he said

Fergus has recruited a cast that’s not only one of the Coaster’s biggest — 30 actors in all — but also one of the widest-ranging in terms of experience. The time-tested skills of stage veterans like Darren Hull (who plays Scrooge), Richard Bowman (Jacob Marley) and Ann Bronson (the Ghost of Christmas Present) are augmented by a generous infusion of new blood.

This excitement has proven crucial, given the challenges of the production. Unlike previous musicals, which relied on the live accompaniment of a pianist, or a small ensemble just offstage, “A Christmas Carol” is performed to a prerecorded, computerized track.

This gives the show a much fuller, orchestrated sound than is usual for community theater, but it requires a far more exacting discipline on the part of the players, who have to negotiate complex choreography and near-constant singing without missing a beat.

“Having the score on a computer gives us a little more flexibility than just a simple backing track — you can adjust the tempo and change the pace as needed,” Sweeney said. “It’s helpful in that it gives us a bigger sound, but we really have to keep an eye on our conductor, Ryan Hull, to keep ourselves in line.”

Interestingly, it’s Coaster veterans like Emily Dante, who plays both Mrs. Cratchit and Scrooge’s mother, who find the adjustment the most daunting.

“It’s been a while since I’ve done a musical, so that makes it a little challenging. Most of the time when I’m doing music these days, I’m playing my own, so to sing to someone else’s means I have to have … timing,” she said, laughing.

She’s in good company, as this “Christmas Carol” is a family show in the truest sense. Several cast members, and the director herself, have brought their children along as part of the ensemble; four of Dante’s five kids are involved in the production, including 10-year-old Clayton as Tiny Tim, making his debut on the Coaster stage … almost.

“Most of my kids have been here in utero,” Dante said. “I think they’re kind of used to it.”

“A Christmas Carol: The Musical,” based on the novella by Charles Dickens