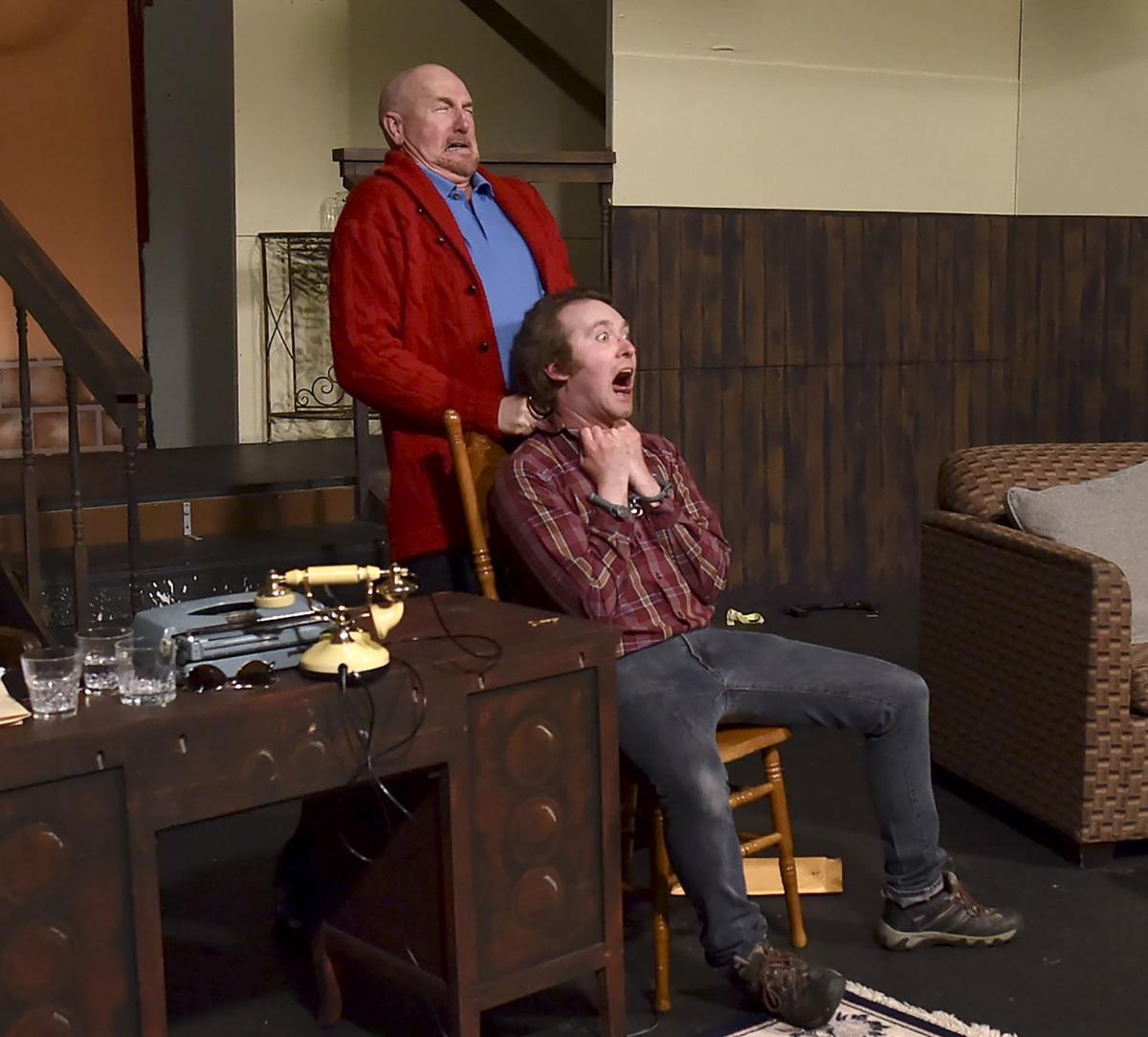 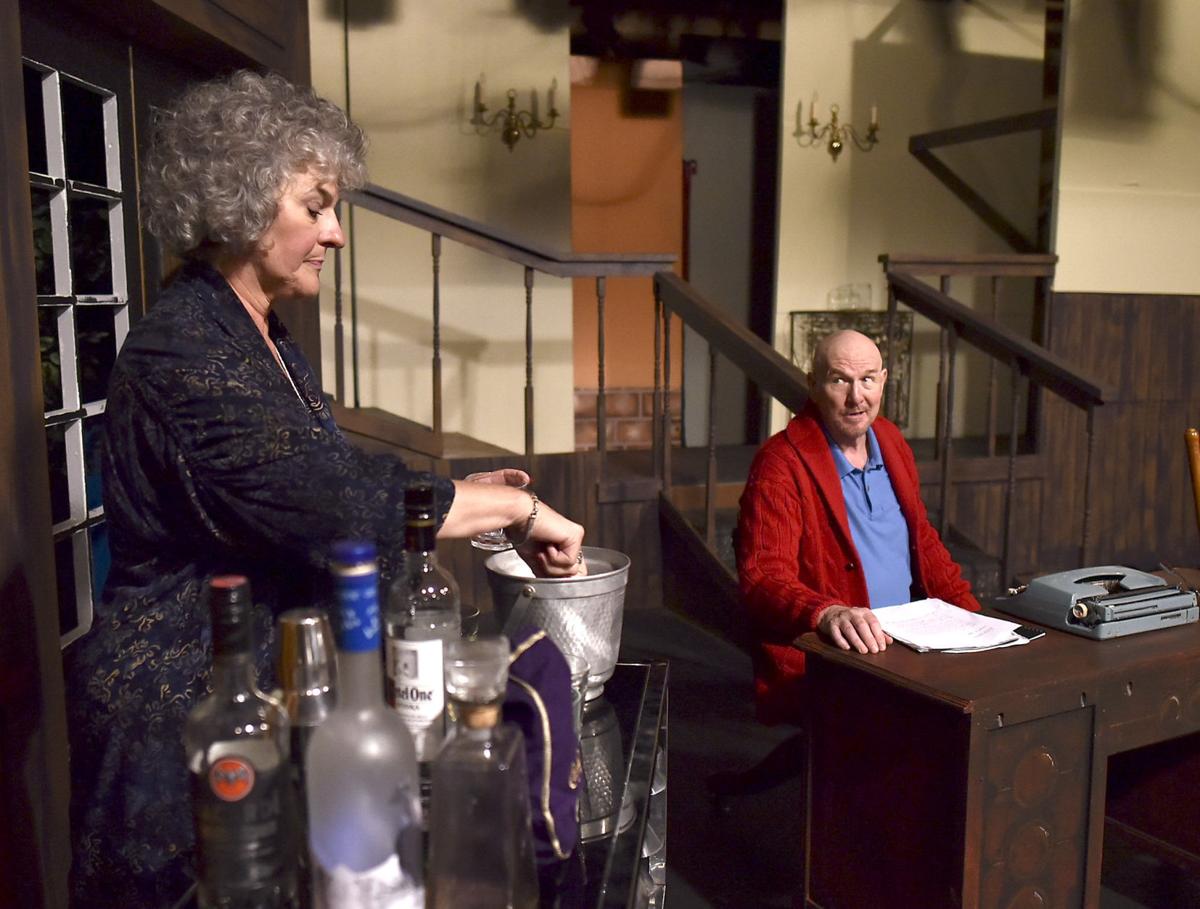 Sue Neuer and Frank Jagodnik run through a scene from the Coaster Theatre production of ‘Deathtrap.' 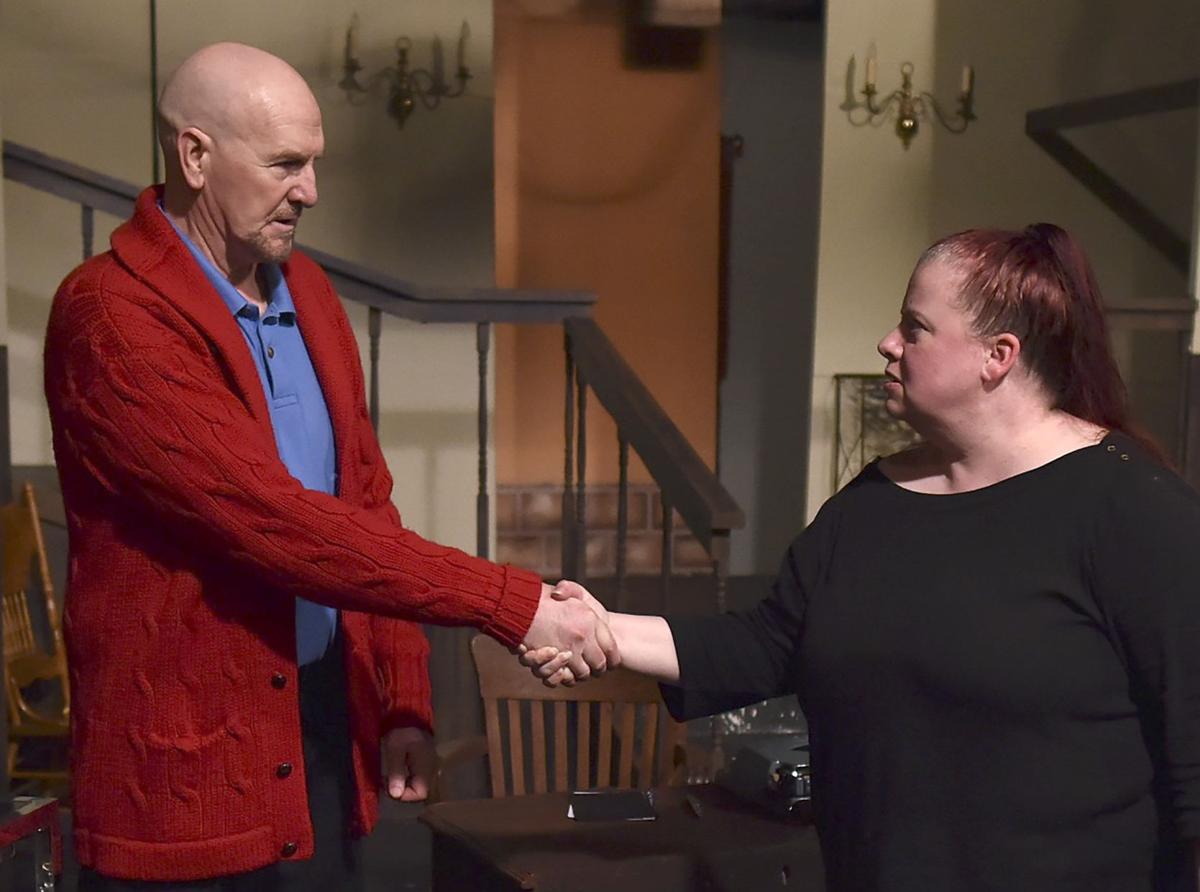 Sue Neuer and Frank Jagodnik run through a scene from the Coaster Theatre production of ‘Deathtrap.'

Audience members watching a performance of “Deathtrap” at the Coaster Theatre Playhouse may find themselves twisting and turning in their seats.

That’s because the thriller contains a lot of twists and turns of its own — right up to the very last line of the last act.

It’s a play full of secrets and surprises; let’s just leave it at that.

But it contains enough nuance and underlying comedic touches to snare Ryan Hull into directing it. The show opens Friday, Sept. 21, and runs weekends through Saturday, Oct. 27.

“I wanted to sink my teeth into something that had a name and had good guts. ‘Deathtrap’ seemed to hit a lot of the marks for me,” said Hull, who has acted in and directed several plays at the Coaster.

“‘Guts’ are shows that have good structure, good writing, make you think, twists and turns. We do a lot of thrillers here; it has a lot of those elements.

“And I liked this one because at the base of my existence I am a comedian, and this is a nice thriller that has some good funniness to it, too. So you can laugh and be shocked almost in the same instance,” Hull said.

“Deathtrap” is a play within a play. Sidney Bruhl, a somewhat successful Broadway playwright, is contacted by Clifford Anderson, a young man who has written his first play, titled “Deathtrap.” Bruhl agrees to meet with Anderson to discuss the play. Beginning with that meeting, secrets start to unfold.

Written by Ira Levin, “Deathtrap” ran four years on Broadway, from 1978 to 1982, making it the longest-running comedic thriller on Broadway. It was made into a movie in 1982, starring Michael Caine, Christopher Reeve and Dyan Cannon.

The challenge facing actor Frank Jagodnik, who portrays playwright Sydney Bruhl, is not letting on about what is to come.

“The audience thinks it’s going one way, and it starts moving into all kinds of directions, which makes it very interesting as an actor. You know what’s going to happen, but you can’t send it to them until it’s the right time.”

Jagodnik, who played the same role in “Deathtrap” at the Coaster 14 years ago, decided to revisit it when Hull offered him the opportunity.

“I have a very strong interest in mysteries and thrillers,” Jagodnik said. “We watch them constantly, whether they’re British or not. This is one of the best-written ones around.”

Every character in the play has a secret, noted actor David Sweeney, who plays Porter Milgrim, Sydney Bruhl’s attorney.

How do they keep the audience from guessing those secrets? They must stay in the moment, Hull said.

“A lot of times in the rehearsal process, I’ll say to them, ‘OK these are the circumstances, but you know what the real ones are.’ … We focus on what we need to know in that moment.”

While four of the five actors have worked with each other on many plays through the years, Bennett Hunter, of Cannon Beach, is a relative newcomer to the Coaster. His first play was “Scrooge the Musical” last December, where he played young Scrooge. In “Deathtrap,” Hunter is Clifford Anderson, the young playwright. The two experiences are quite different.

“One, there’s no singing,” Bennett said. “It’s a more intimate experience and a lot more physical.”

“This play is actually fun,” she said. “I’m looking forward to having an audience because there’s going to be some pausing for laughter. There are lines that are pretty funny.”

“It’s probably one of the best-written thrillers,” Hull said. “It’s got this great life, and it’s humorous, hilarious.”

In her role as Helga ten Dorp, Ann Bronson contributes some of that humor and hints at some of the secrets about to be revealed. “I’m a Dutch psychic,” said Bronson about her character.

Although she has never played a psychic, Bronson has borrowed a few characteristics from Dr. Scott in “Rocky Horror Picture Show” and her accent from the Kit Kat girls in “Cabaret.” But, like the other actors in the play, she develops her character from the lines and directions provided by the playwright.

That’s the philosophy Hull follows as he directs the actors. While they should feel free to create their own backstories about why their characters have arrived at this place, at this time, they should take their cues from the script, he said.

The smallest details, dropped throughout the play, are clues to the twists and turns the audience experiences.

“He’s done such an amazing job of interlacing every moment, circumstance, beat, thought — it goes throughout, and if you drop that, it makes it a different piece,” Hull said.