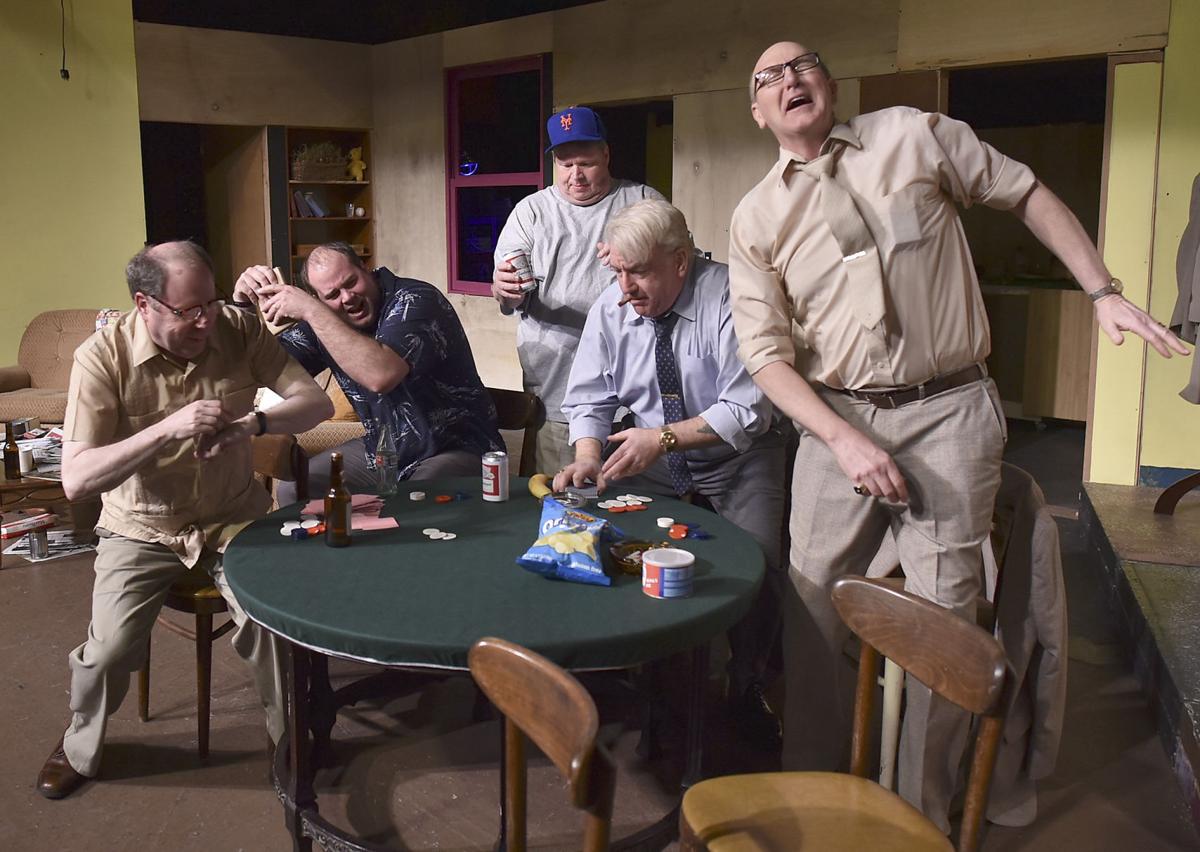 Cast members with the Coaster Theatre production of ‘The Odd Couple' perform a scene. 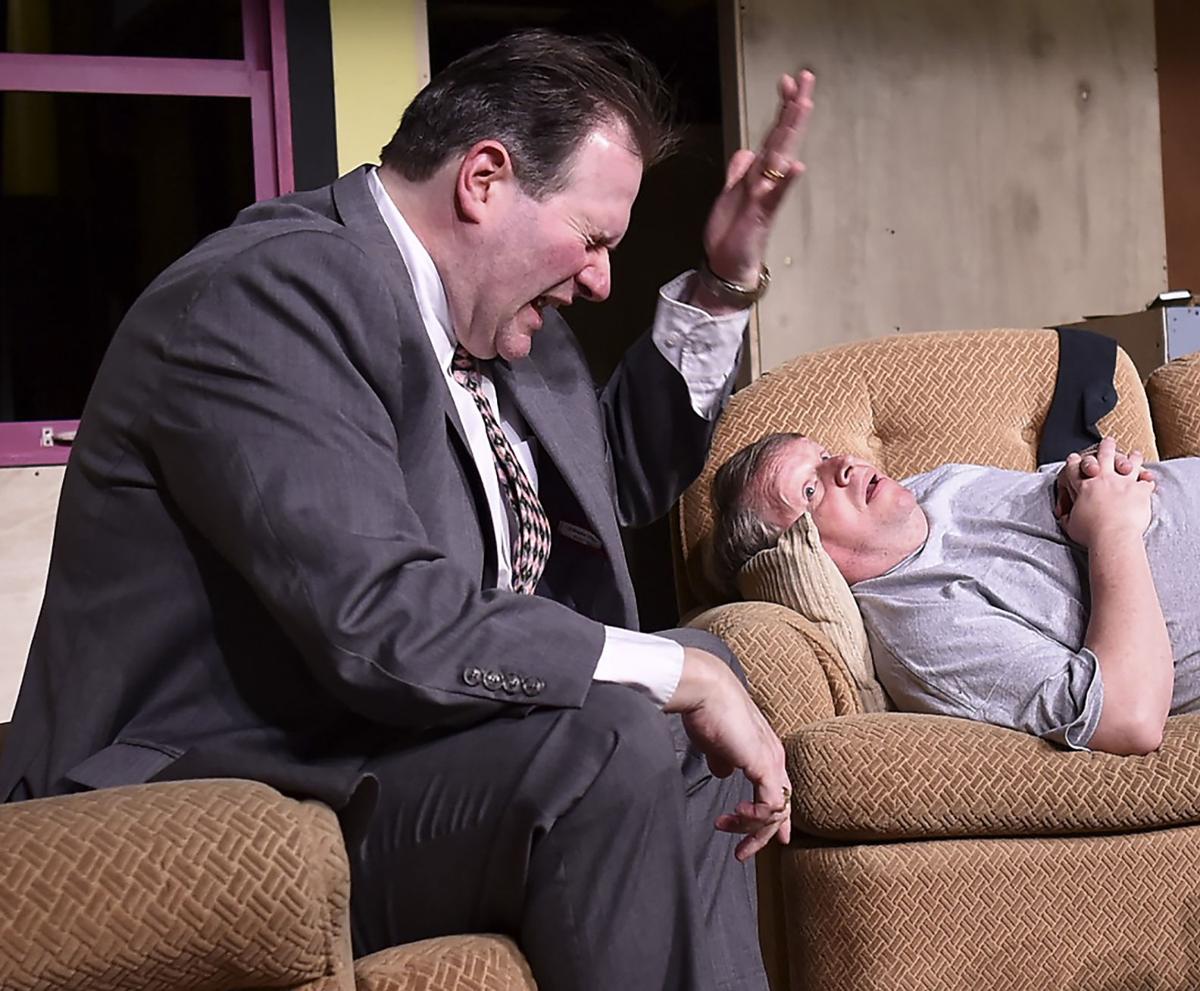 Actors rehearse a scene from the ‘The Odd Couple' at the Coaster Theatre in Cannon Beach. 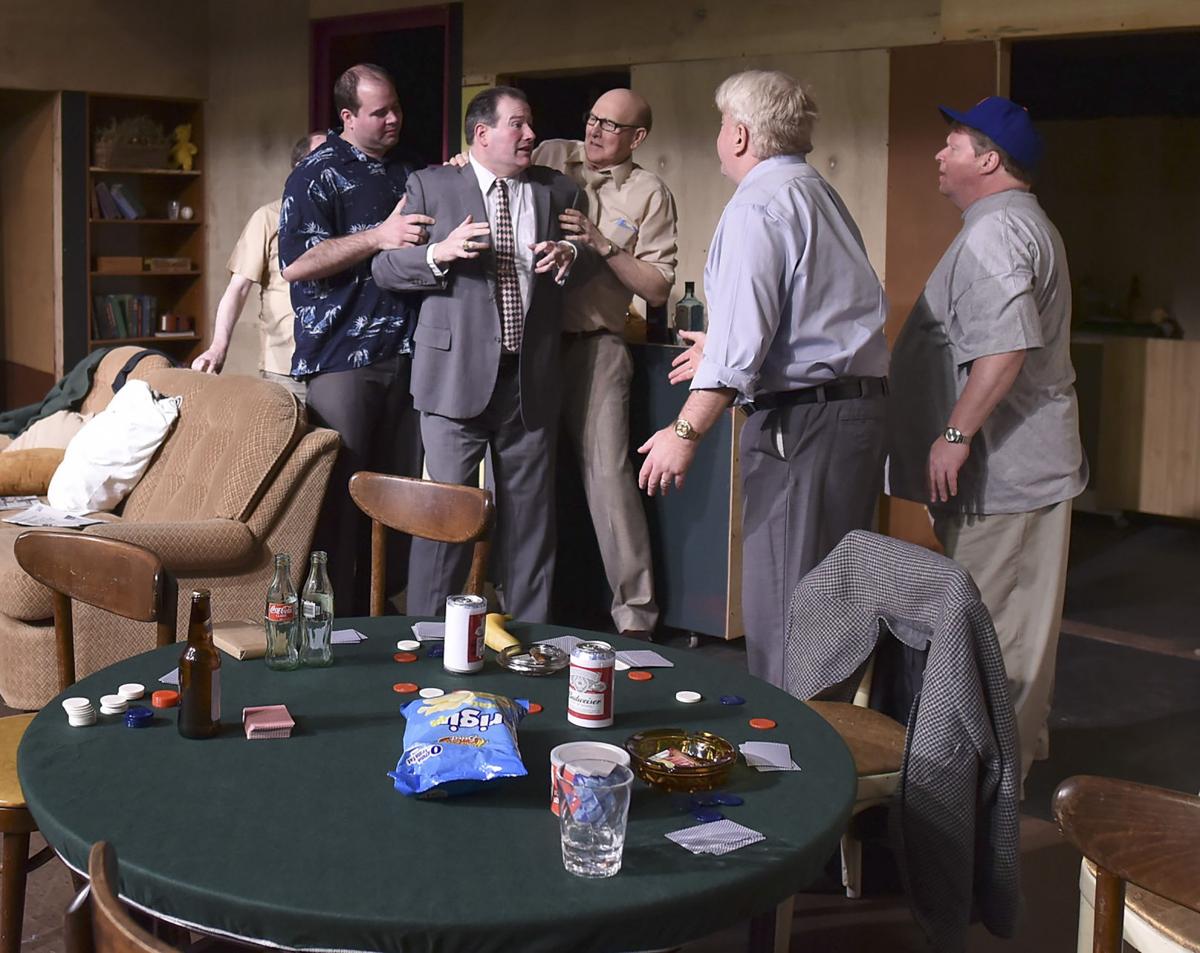 The cast of ‘The Odd Couple' run through a dress rehearsal. 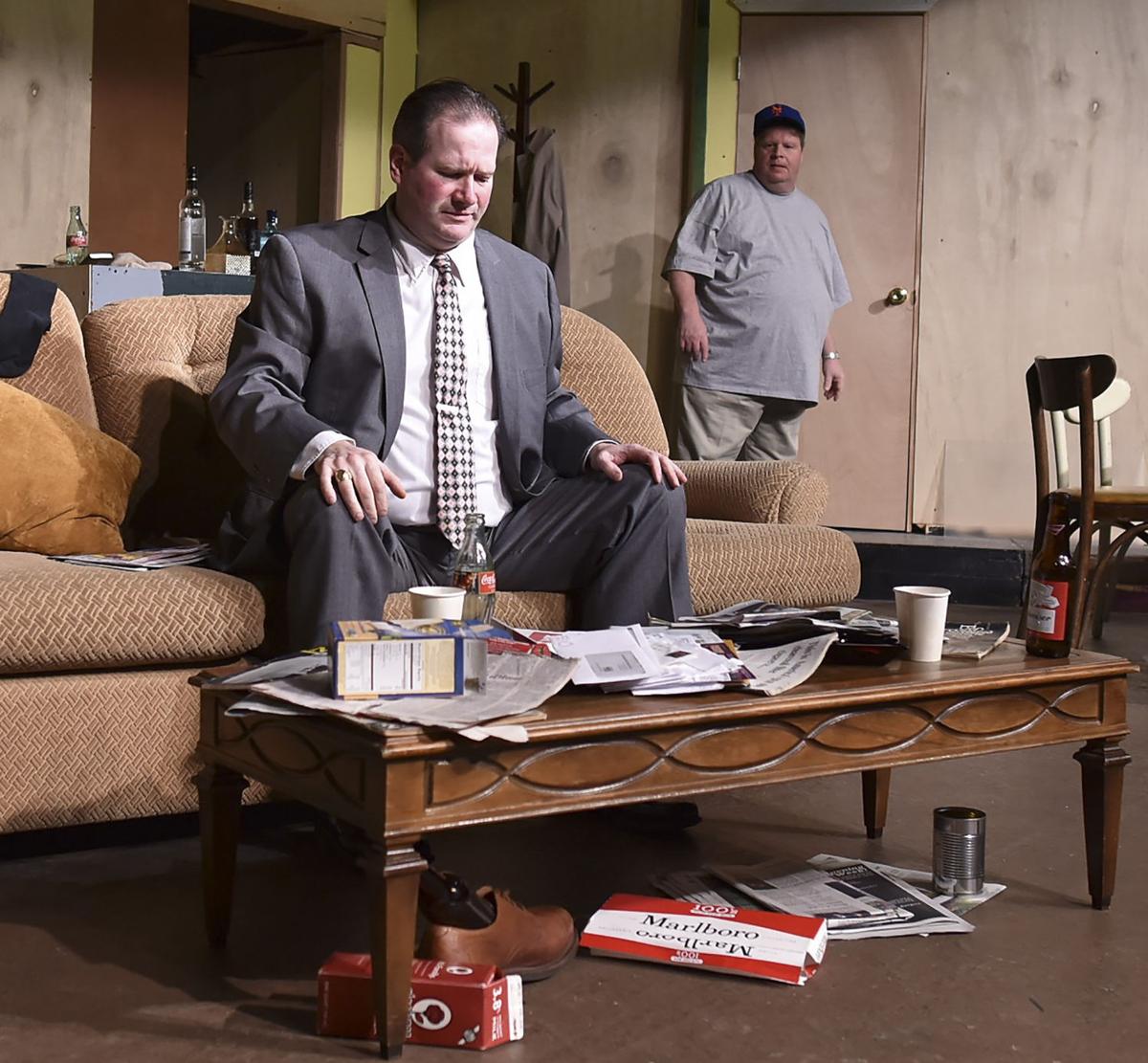 The two principal characters in the production rehearse a scene at the Coaster Theatre.

Cast members with the Coaster Theatre production of ‘The Odd Couple' perform a scene.

Actors rehearse a scene from the ‘The Odd Couple' at the Coaster Theatre in Cannon Beach.

The cast of ‘The Odd Couple' run through a dress rehearsal.

The two principal characters in the production rehearse a scene at the Coaster Theatre.

“The Odd Couple” is about more than the bickering of two grown men.

The comedy’s story of friendship, loneliness and getting on with life after a break-up is shaped by small nuances.

In the hands of director Susi Brown, those nuances — the “peas and carrots” as she calls them — are just as important as the whole enchilada. How the guys handle the poker chips, when Murray grabs that third soda, how often Roy uses his handkerchief to wipe sweat from his forehead, when the poker players pivot in unison to open the front door: Together these gestures — along with many more in the three acts — define the characters’ personalities and move the narrative forward.

Written by Neil Simon, “The Odd Couple” opened this month at the Coaster Theatre Playhouse in Cannon Beach. The play centers on the irascible Oscar, who prizes sloppiness, and Felix, a neat-freak people-pleaser who moves in with Oscar. Both men are going through divorces.

Most of the story occurs during poker games with four friends. As the play’s director, Brown is interested not only in the main plot between Oscar and Felix but also the friends’ back stories and the poker game itself.

“I’m a perfectionist,” admitted Brown, who has a fine arts degree in directing. She works her cast hard, usually putting them through an act two or three times during a rehearsal. But she also wants her cast to have fun.

“If you do something as well as you can and create as many details to help the audience experience the world of the play and find themselves in the story, the more fun you have as an actor or a crew member,” Brown said.

“I think there’s nothing better than doing a show well.”

“The Odd Couple” primarily is about friendship, Brown said.

“That’s why I love this play so much. It is about friendship from the get-go right until the end, and everybody can relate to that. I think it’s some of Mr. Simon’s best writing.

“I love the way the characters respond to each other. I love the whole card-playing of this.”

Brown can relate to the poker players; she played pinochle with a group of women for 15 years.

“These six men have these little peccadilloes that are so reminiscent of when I was playing pinochle with my friends,” Brown said.

Finding those nuances that create each character is a collaborative effort between Brown and the actors.

“When I’m studying a play, I try to find where all characters fit into this, and a few particular traits that fit into the character. I try to guide the actors to those traits if they haven’t discovered them themselves.”

At first, Don Conner began playing Oscar as a grumpy man, much the way Walter Matthau played him in the movie. But “when you step away from that, and you read the script, you realize this man is having fun with his friends,” Conner said. “Susi helped me to realize that.

“He wants to have a good time with his friends, but he’s also a very good friend. It’s not his first goal to show what a good friend he is, but he’s always motivated by that,” he added.

Brown calls Oscar “the heart of the show. He loves all these guys and has a chunk of everyone’s personality. Don plays a very sensitive Oscar who is generous and lonely.”

Ryan Hull said he especially enjoys Felix’s “roller coaster ride with his neuroses.” In the first act, Felix needs Oscar to take him in, but if he pushes too hard and is too needy, it won’t happen.

“That’s one of the many things that Susi helped me with, working through the moments. How much is too much and where does he want to go with that?” Hull said. “Minute by minute, really working each beat, each moment. Neil Simon, especially with this show, is a genius at writing comedy, and it’s all right there. It’s all written into these delicious beats, and you have to be there and work them.”

Not only does Brown pay attention to detail, Hull added, but she’s tenacious. “In her own words, ‘stubborn,’ but that’s a good thing that she is so locked in and stubborn with this detail, this nuance, the way the words are put together. What that does is what makes this show, and her directing, great.”

Even more layers are added in the comedy through the various personalities of the poker players, who, Brown said, “embody all of humanity in the play.” They include:

Murray (Ben Van Osdol): “Peacemaker. He genuinely loves these guys. We see it.”

Speed (Slab Slabinski): “Probably a used car salesman. He’s tired of being on his feet all day.”

Roy (Frank Jagodnik): “He doesn’t like pain. Every time he complains, it’s because his situation is upset.”

Two British sisters, played by Sue Neuer and Sheila Shaffer, manage to put Felix in even more of a dither and to twist the plot.

Brown’s attention to detail even includes the stage props, one in particular: the Pure-A-Tron, a 1960s-era air purifier that’s mentioned in the script. A crew member found one on Ebay, and Brown bought it.

“It is a real Pure-A-Tron — and it does clear the air,” she said. “I know no one in the audience is going to notice that this is a Pure-A-Tron, but it’s one of those details that, to me, makes a moment. It has this little green light.”