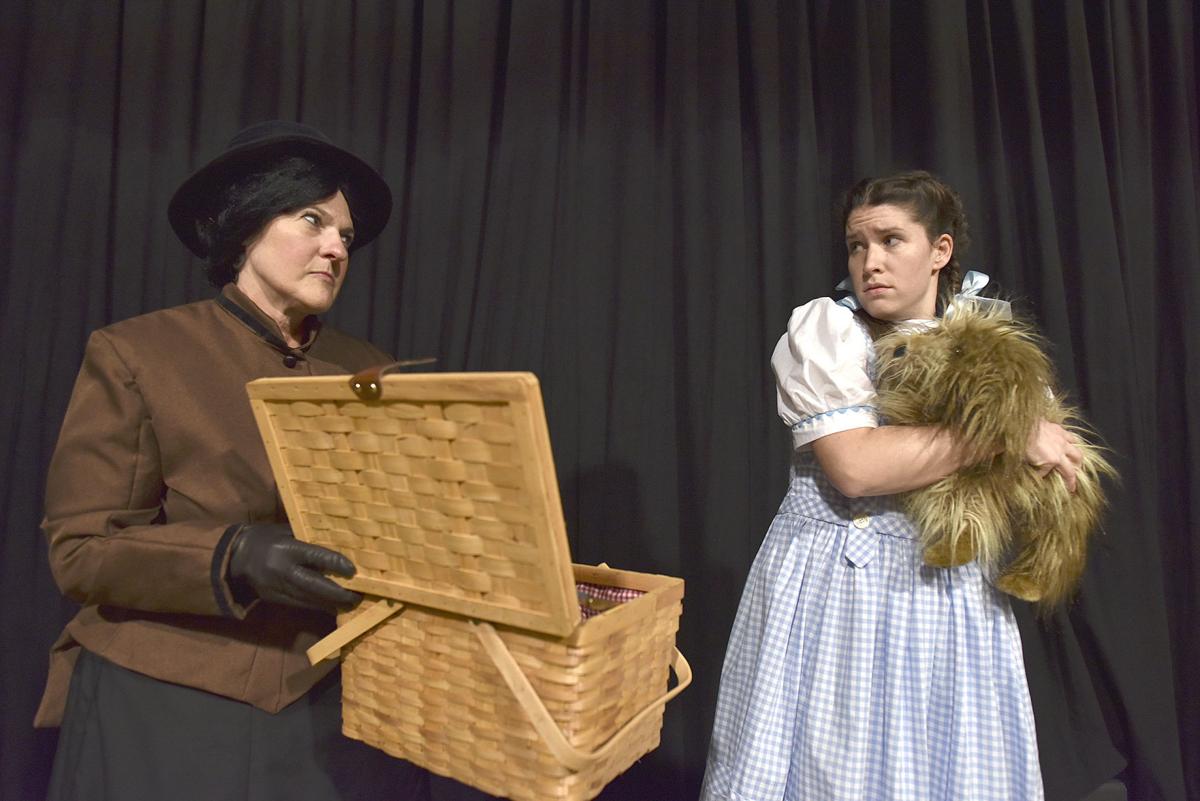 Sue Neuer, left, and Emily Dante during a rehearsal of “The Wizard of Oz.” 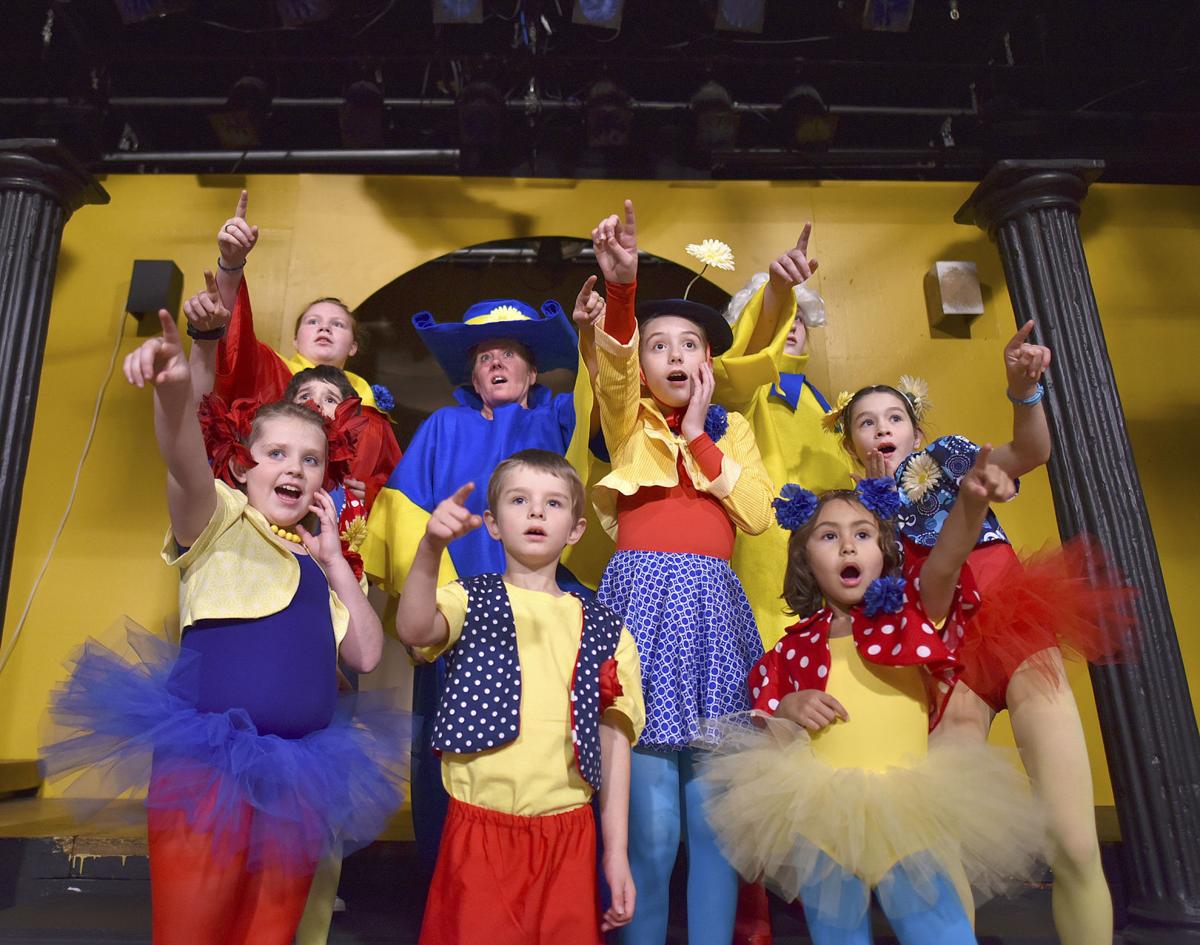 Performers portraying the Munchkins react to seeing the Wicked Witch of the West on the set of “The Wizard of Oz” at the Coaster Theatre. 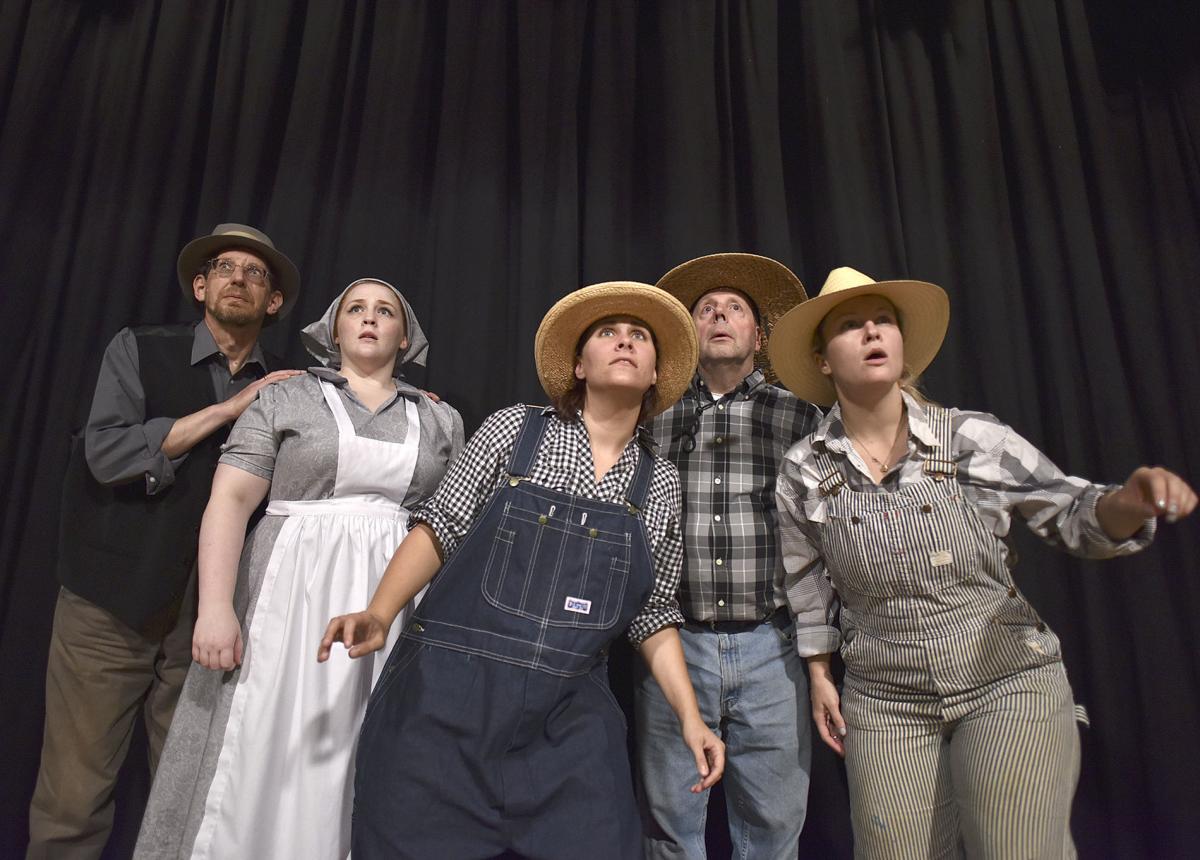 Actors with the Coaster Theatre production of “The Wizard of Oz” during rehearsal.

Sue Neuer, left, and Emily Dante during a rehearsal of “The Wizard of Oz.”

Performers portraying the Munchkins react to seeing the Wicked Witch of the West on the set of “The Wizard of Oz” at the Coaster Theatre.

Actors with the Coaster Theatre production of “The Wizard of Oz” during rehearsal.

Actors as young as 5 years old to teens and adults make a “u” shape singing and bobbing as they welcome Dorothy to Munchkinland. The actors’ energy and movement make you feel like you, too, are about to walk the Yellow Brick Road.

And that’s exactly what director Patrick Lathrop hopes audiences see from his 27-person production of the classic 1939 film “The Wizard of Oz” opened Friday at the Coaster Theatre Playhouse in Cannon Beach.

Lathrop wants to stay true to the film and hopes audiences see the community values of family, love and friendship in the show.

“What I want to establish with the production is what the movie gives you, which is that beautiful opening statement at the beginning — how the film is not for just the young, but the young at heart,” Lathrop said.

The production is also a family affair.

Coaster regular Emily Dante, who plays Dorothy, is joined by her five children. Three play Munchkins, one is a tree and another a Winkie.

Seth Goldstein, who plays Uncle Henry and a guard, is in the show with his daughter, Luthian, 5, who plays a Munchkin and mini guard.

The show includes actors who are new to theater, coming back to it or are regulars in Coaster productions. Many are from Cannon Beach, Seaside and Nehalem and enjoy the community aspect.

Ellen Jensen, who plays Glinda the Good Witch of the North and Aunt Em, said she went as Glinda four times for Halloween and is excited to wear the iconic costume.

For Kelsie Peterson, who plays a tree, Winkie and Ozian, this is her first time being part of a large production.

Rosalie Ennis, who plays a Winkie and Ozian, is getting back into theater. Ennis grew up in Astoria and earned degrees in theater but hasn’t acted for many years. “I wanted to get back into it because it was a huge part of my life since I was really little,” she said.

Coaster regulars David Sweeney and Sue Neuer play the Tinman and Hickory and the Wicked Witch of the West and Miss Gulch.

Lathrop said he’s playing the characters as not really women or men but just as their character: “They’re farm hands, and then they’re a lion and scarecrow,” he said.

Allison Johnson plays the Cowardly Lion and Zek, and Katherine Lacaze plays the Scarecrow and Hunk.

Lacaze, a Coast Weekend contributor, said she auditioned specifically for the role of the Scarecrow.

“I’ve always wanted to play this role since performing arts camp in high school. I thought it would be really cool to do it as a woman,” she said.

The Coaster has never staged “Oz” before.

“I think we wanted to challenge ourselves and see how we could do with it,” Lathrop said.

The show is a Royal Shakespeare Company production and is based on a stage that is four times the size of the Coaster, Lathrop said.

The show will have a set that changes from Munchkinland to the Poppy Field, Emerald City and the Wizard’s Chamber. Other scenes will utilize wagons to represent the corn field and the Tinman’s house.

Costumes are designed by Judith Light. Lathrop said that Dorothy, Glinda and the Witch’s costumes will stay true to the ones in the film.

The show is using pre-recorded music to accompany the cast.

Choreographer Lisa Fergus, who also directs shows at the Coaster, said she wants to honor the choreography from the film while still being original.

“There’s just a magic moment where all of a sudden their bodies know what to do without thinking about it,” she said. “That’s the best part of choreography to me is when you see that moment, when it becomes easy.”

While larger productions might have bigger sets, audiences don’t get the intimacy a smaller stage provides.

Lathrop said one of the most intriguing aspects of the show is that the audience will only be 6 or 8 feet from the characters on stage.

“I think audiences will walk away with a closer relationship with the characters because they’re so close to them … They see all their expressions,” Lathrop said.