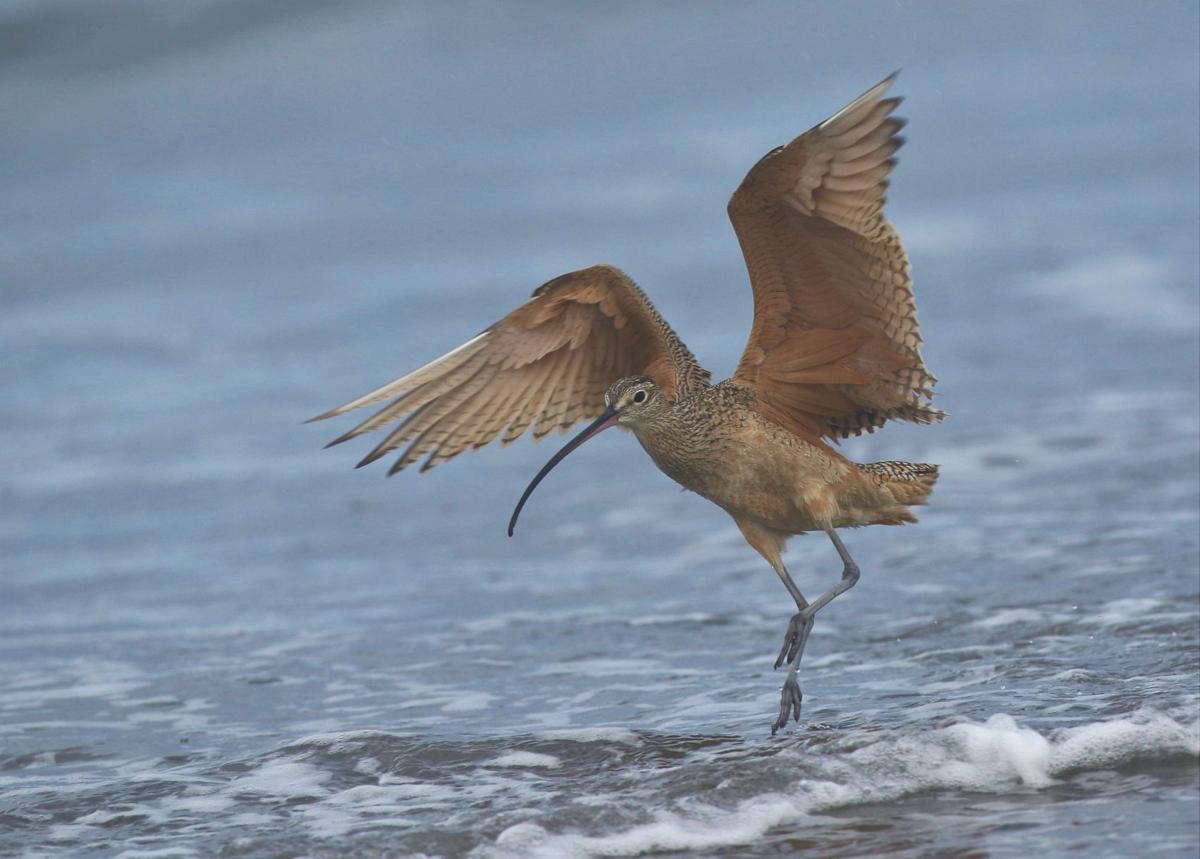 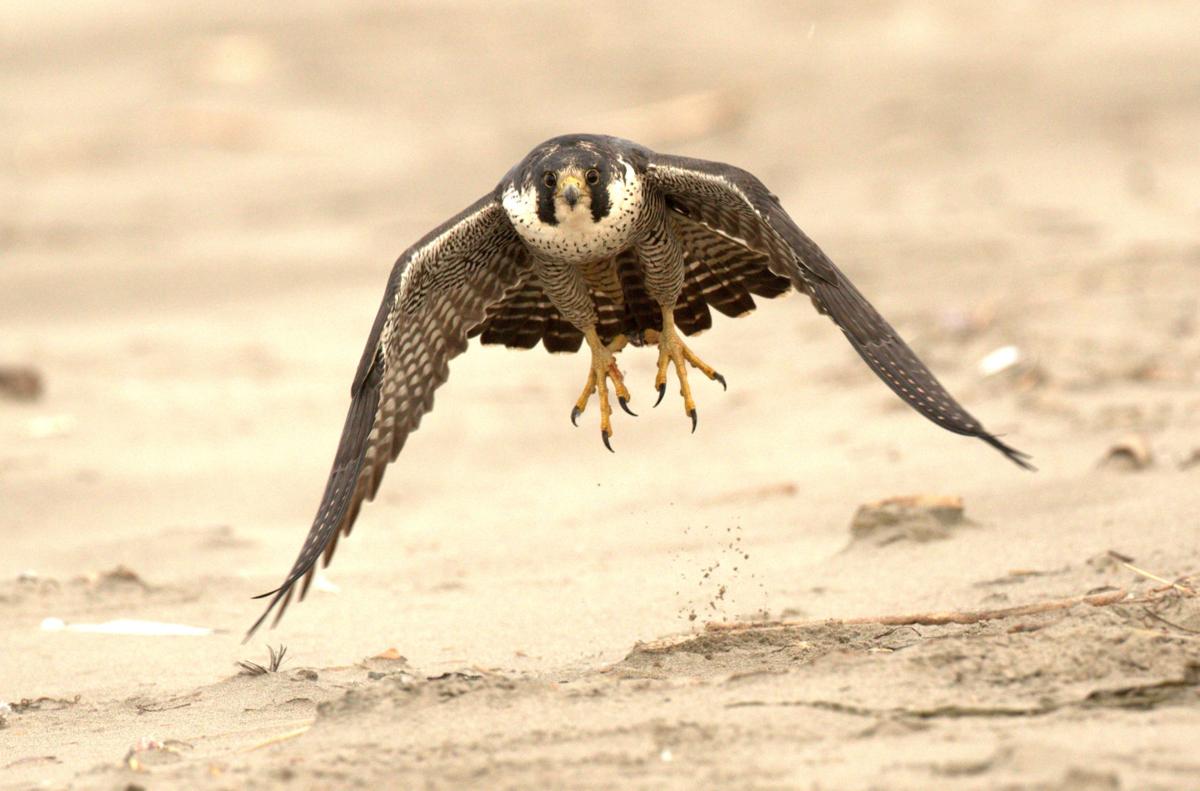 Photographer Neal Maine wants you to reconsider the boundaries of your backyard. He wants you to think bigger, much bigger. In fact, Maine would have you look at the entire globe as your backyard, at least when it comes to birds. I met with Maine at the Seaside Public Library where his exhibit, “Celebrating 100 Years of the Migratory Bird Act of 1918,” is on display through Feb. 26.

The exhibit features over a dozen photographs of migratory coastal birds in celebration of the 100 year anniversary of the Migratory Bird Treaty Act. Maine came prepared with facts and figures about the importance of the treaty, as well as an interesting historical perspective. For instance, did you know that prior to the conservation movement in the early 1900s, the first Christmas Bird Count was a shooting contest? Or that there was over one million dollars in feathers on the Titanic when it sank, making bird feathers the single most valuable cargo on the ship?

Rapid expansion of human settlements, wetlands loss, rifle advances and the fashion industry devastated song bird and waterfowl populations. The treaty, initially between Canada and the United States, prevented poaching and the wanton destruction of birds for profit. In the following decades several other countries signed the treaty.

Federal agencies had long standing precedent to interpret the treaty in such a way that even accidental killing and harm, also known as incidental take, of migratory birds and their habitat was prohibited. But a December 2017 memorandum of understanding reinterpreted this now century old treaty to apply only to activities that purposefully kill birds, an action that has led to a lawsuit of eight states including Oregon and ultimately, this local photography exhibit.

The artwork itself is classic Maine, who, along with his grandson Michael Wing, run PacificLight Images. Their work is on display in multiple regional galleries and events, often to support the work of the North Coast Land Conservancy, an organization Maine was principal in establishing. Maine’s dedication to the coast is clear in each shot and he captures not only the movement and plumage of a bird, but its character as well. But for all of his experience capturing these elusive creatures on film, Maine doesn’t consider himself to be a rare birder, “A robin is just as valuable as a rare duck.”

Photography is a an opportunity for Maine, a community pillar for several decades, to act as an engaged citizen. But for all of his advocacy work with the North Coast Land Conservancy, he eschews the term environmentalism, preferring natural history instead. “Natural history doesn’t have baggage, it seems calmer and more people are comfortable with it.” And he doesn’t want people to think about him when they come to see the images at the library. Rather he wants the viewer to consider the impact of our cultural artifacts on the planet.

“We’re always in these conflicts,” citing sea lions and salmon, or dams as examples. His hope is that people will come to see the exhibit because they want to better understand the significance of these birds in the community.

For Maine, photography is not just an art form, the real experience is being present to take the photo. “Once we’ve taken a photograph, it’s over, it’s less than the experience.”

The photo is secondary, Maine insists that he’d “be out in nature anyway.”

This exhibit is a way to reinforces connectivity.

After all, “if a bird can fly around the globe, the world is pretty small.” And even though it’s a small world, our own backyard has over 350 identified bird species, both resident and migrant, all reliant on the treaty for protection.

Photographer Neal Maine wants you to reconsider the boundaries of your backyard. He wants you to think bigger, much bigger. Maine’s exhibit "C…