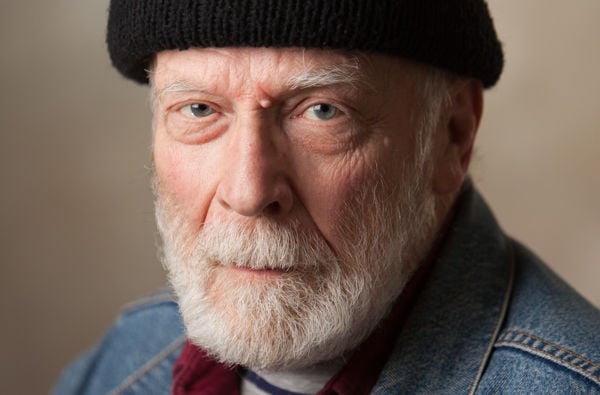 Jay Speakman and Jon Broderick are set to perform at the gathering of fisherpoets in Cannon Beach.

Jay Speakman and Jon Broderick are set to perform at the gathering of fisherpoets in Cannon Beach.

Fisherpoets will read poetry and sing tunes April 25 in the Cannon Beach Library. The gathering begins at 7 p.m.

Highlighting the evening will be former merchant seaman and poet Clemens Starck, whose latest book of his collected poems, “Cathedrals & Parking Lots,” was released last fall.

Starck is a Princeton dropout, a retired union carpenter and construction foreman, and the author of seven books of poems—including the award-winning “Journeyman’s Wages.”

A widower, he has three grown children and lives outside of Dallas in the foothills of the Coast Range in western Oregon. His website is www.clemstarck.com

Also appearing at the event will be Jon Broderick, of Cannon Beach, and Jay Speakman, of Gearhart.

Broderick is a founder of the FisherPoets Gathering, which meets for a weekend every February throughout Astoria. A former high school teacher, he has been a commercial salmon fisherman for more than 40 years first in Kodiak, then in southeast Alaska and mostly in Bristol Bay where he and his family run a salmon set gillnet outfit each summer.

Speakman is a descendant of an old Maine seafaring family. After attending college in Hawaii, he began a lobstering career, weathering a dozen seasons in Maine. He spent several more fishing commercially in Alaska and British Columbia.

Speakman has worked aboard freighters and yachts, taught seamanship at an Outward Bound school, and worked as a marine mechanic and boatyard jack-of-all-trades. He gave up fishing full-time to become an architectural blacksmith in Santa Fe, New Mexico where he met his wife, Diane. Together they operate a small home-decor shop in Cannon Beach. They have two grown daughters and live in Gearhart.

Speakman’s writings have appeared in The Alaska Fisherman’s Journal, Like Fish in the Freezer, and Moving Mountain. He performs each year at the FisherPoets Gathering in Astoria and has long been part of its planning committee.