Our two companies have an intertwined publishing history on the North Coast, and between the two own nearly all of the newspapers in our corner of Oregon, from Lincoln City on Highway 101 up the road to Tillamook, Manzanita, Cannon Beach, Seaside, Astoria, then to Clatskanie and St. Helens on Highway 30. We are collaborators, not competitors.

The EO Media team has been fortunate to get to know the residents of Cannon Beach — to tell your stories, cover issues important to the community and work with the business community. We appreciate you, and thank you for allowing us to share our work with you.

Everyone who worked for the Cannon Beach Gazette will still work for EO Media on other publications. Editor R.J. Marx will remain editor of the Seaside Signal, and be just as busy as he was as editor of both the Signal and Gazette since we will be publishing the Seaside Signal weekly beginning May 10.

Former Cannon Beach reporter Brenna Visser has been promoted to cover county government and public safety for the Daily Astorian. You’ll continue to see advertising representative April Olsen as she works with local businesses on our magazines: Property Lines Real Estate, Coast Weekend and Our Coast publications. The Cannon Beach Gazette will continue to print at the Daily Astorian as do Country Media’s other North Coast newspapers.

We’re happy to have two more issues, April 5 and April 19, to share with you, Cannon Beach, before we turn the Cannon Beach Gazette to new hands for the May 3 issue.

Justin Kinch and Trevor McLean of Public Coast Brewing at Seaside’s Pouring at the Coast.

Will Leroux and Ben Christianson of Public Coasting Brewing.

Tamara Sexton and Amy Ahal representing Sisu Brewing, based in the Times Theatre in Seaside.

SEASIDE — The 10th Pouring at the Coast event heralded the North Coast as a bona fide beer region, a hub where brewers and beer lovers converged to share their love for the craft.

Co-organizer Jimmy Griffin of Seaside Brewing Co. described the “nice flow” of Saturday’s afternoon event, which brought visitors from throughout the Northwest and featured tastings from breweries throughout the region, with profits dedicated to the South County Food Bank.

Brewers all donate their time and beer for this festival, he added. “It’s pretty remarkable.”

During the three-day festival, Griffin and the Seaside Chamber of Commerce teamed for a brewer’s basketball tournament on Friday; the craft brewfest Saturday; rock music and beer garden Saturday night; and “Brewer’s Brunch” on Sunday.

The Cannon Beach beer scene is better than last year’s he said. “We’re busy as ever — we’re just ramping up for spring break right now,” McLean said in between pours.

The Cannon Beach City Council is considering providing $25,000 to the Cannon Beach History Center and Museum through the Tourism and Arts Fund for the museum’s efforts to purchase the old Cannon Beach Elementary School. But they weren’t very clear if use of those funds is permitted in state law.

City legal council Ashley Driscoll attended the March 12 City Council work session to provide some insight into the issue, but the council was left with more questions than answers. Driscoll informed the council how the transient lodging tax funds could legally be used.

But what exactly constitutes a tourism facility is blurry and there isn’t a lot of legal precedent to go on. Promotion is very clear in legislation but guidance for tourism related facilities is only supported by an Attorney General opinion in 2008.

General guidance indicates that the funds need to be used for improved real property on a building with a primary function of tourism, but beyond that, there’s nothing in state law prohibiting the city from giving the tax revenue to either a nonprofit or for-profit business to work on their behalf.

Driscoll cautioned the city to provide strict guidance regarding how the money could be used and include a reverter clause should the museum choose to sell the property in the future, if they do chose to award the museum the funds for the due diligence in their efforts to purchase the old elementary school site.

Mayor Sam Steidel also asked if tourism funding could be used to manage special events directly and Driscoll said that that exact question was in front of the Oregon legislature at present.

Except for in the Aleutian Islands, the tufted puffin population is declining worldwide, wildlife biologist Shawn Stephensen said.

During a World of Haystack lecture March 13, U.S. Fish and Wildlife Service wildlife biologist Shawn Stephensen discussed the ongoing study of tufted puffins at Haystack Rock and other coastal sites and what researchers hope to accomplish for the declining species in the future.

“They’re in trouble and we’re concerned about that at Fish and Wildlife Service,” Stephensen said.

Studying the locally iconic tufted puffins and other seabirds is part of the federal government’s management of the Oregon Coast National Wildlife Refuge Complex, which consists of six National Wildlife Refuges, three marine and three estuarine, along the Oregon Coast from Tillamook Head south to the California-Oregon border. The Oregon Islands — which includes Haystack Rock — is one of the refuges in the complex, along with Three Arch Rocks in Tillamook County.

Haystack Rock is currently home to the largest concentration of breeding tufted puffins in Oregon, but could eventually be surpassed by Three Arch Rocks, Stephensen said.

Except for in the Aleutian Islands, the tufted puffin population is declining worldwide.

The department has historically conducted several studies of the puffin, including the species’ breeding and feeding habits. In 2008, they conducted a burrow-nesting project for the whole Oregon coast that took most of the summer.

The study revealed the number of puffin nesting area had declined significantly since the survey was done in 1988. Stephensen said he suspects there are multiple factors contributing to the decline of the species, but they do know habitat loss is not the cause.

Locally, the department relies on help from volunteer Tim Halloran to monitor the birds’ activity at Haystack Rock, which is home to numerous burrows on the northeast face and a couple on the western side, from mid-May to mid-September. They try to determine the number of occupied burrows, which gives them a good estimate of the breeding population.

The local population was recorded as 612 in 1988 and about 127 in 2018, based on 68 to 71 active burrows. Although Stephensen said he was not overly confident in the methodology used to determine the population in 1988, they are certain there has been a population decline in the past 30 years.

Recently, however, he added, “the colony at Haystack Rock has fluctuated a little bit but is mainly consistent.”

The data they collect also includes identification of the puffins’ prey and breeding phenology, including prospecting, egg-laying, incubating, hatching and fledging.

To study tufted puffins in a more intimate and detail-rich way, the department wants to put minuscule transmitters on a few birds to track their movement. They also want to take blood and fecal samples to analyze the birds’ diet and determine whether the Haystack Rock colony is genetically unique from other tufted puffins. The Friends of Haystack Rock provided $15,000 to assist with the project, which also would help researchers figure out where the birds migrate to during the winter.

“It’s an incredible process to go through to get a species listed,” Stephensen said, adding the process is worthwhile. When a species is listed, he said, they receive “special attention and money is funneled to conduct studies,” which can help with the species’ recovery.

On Aug. 16, 1881, Apache Indians attacked a ranch near Cuchillo Negro Creek, New Mexico, killing a family of four and two sheepherders. Troop I of the 9th U.S. Cavalry, composed of African American soldiers — known as the Buffalo Soldiers — answered the cry for help.

One of the first to respond was 1st Sgt. Moses Williams, already a 15-year veteran of the Buffalo Soldiers.

Williams distinguished himself in the attack involving 40 to 60 Apaches and received the Army’s highest award, the Medal of Honor, in 1896, while he was stationed at Fort Stevens on the Oregon coast. 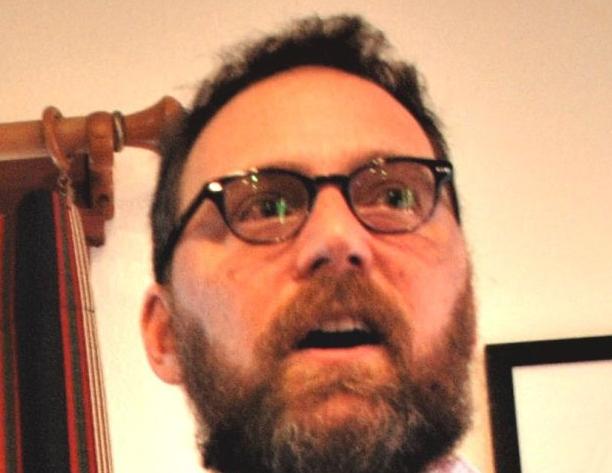 Historian Greg Shine detailed Moses’ 31-year military career and his arrival in Oregon during a March 14 lecture in the Cannon Beach History Center.

Following the war, the Army created regiments, consisting entirely of African Americans led by white officers. These included the 9th and 10th Calvary and the 24th and 25th Infantries.

After serving in the South during Reconstruction, the regiments were transferred to the West by 1877.

“This is the era most commonly associated with Buffalo Soldiers – the Indian Wars era roughly between 1866 and 1891,” Shine said.

When the term, “Buffalo Soldiers,” came into use and what it refers to is unknown, Shine said. He read a letter from 1872 that describes one of the earliest references: “The Indians called them ‘Buffalo Soldiers’ because their woolly heads are so much like the matted cushion between the horns of the buffalo.”

Other sources describe the name as a tribute to the “similarity of the bison who fought ferociously, displaying uncommon stamina and courage,” Shine said. “The oral tradition among Native Americans supports this and can be traced back to about 1867.”

The term now applies to all African American soldiers in the American West, whether cavalry or infantry, he said. The 2,500 to 3,000 Buffalo soldiers constituted 10 percent of all the Army’s infantry and 20 percent of all cavalry.

“Black soldiers used military service as a strategy to obtain equal rights as citizens, but this came at a cost – the defeat and dispossession of native people,” Shine added.

In 1866, Moses Williams, 21, who couldn’t read or write, joined the Army, and, during his 31-year career, he became literate and rose to the highest position an African American could achieve.

For 19 years he fought in the Indian Wars, assigned to at least 23 forts throughout the West. In 1885, he was appointed as ordnance sergeant by the U.S. Secretary of War and was responsible for the care of armaments, primarily cannons, guns and ammunition, at Fort Buford in North Dakota.

Four years later, Williams was reassigned to Fort Stevens on Oct. 15, 1895. He served the last 2.5 years of his career there.

He faced several challenges, Shine said. “Inside the old earthwork fort in 1895, time stood still. There were 34 old muzzle-loading cannons, 10 unmounted cannon tubes and 24 cannons that were on unserviceable or limited-use wooden platforms.”

By the standards he was used to working with at Fort Buford, these weapons were antiquated, Shine added.

But outside the earthwork fort, technology was quickly advancing, Shine said. “Williams was soon surrounded by one of the largest construction projects the site had ever seen” and the largest in Oregon at the time. It was a massive expansion of a west battery replacement for four cutting edge “disappearing” guns, which would “disappear” behind the parapet after firing to be reloaded. More than 130 laborers worked on it.

During his stay at Fort Stevens, Williams applied for and received the Medal of Honor. His application was accompanied by a letter from his former commanding officer citing Williams’ bravery, skill and “unflinching devotion to duty” at the battle of Cuchillo Negro Creek 15 years earlier.

In this era, “It was not uncommon in the era for soldiers to initiate their own claims for Medals of Honor,” Shine said.

He was one of 22 Buffalo soldiers to receive Medals of Honor for their action in the Indian wars and the 1898 war in Cuba.

In 1991 Gen. Colin Powell dedicated a monument to Williams and three other Medal of Honor recipients on Officers Row in Fort Vancouver. In 1989, the Moses Williams Pacific Northwest chapter of the Buffalo Soldiers was chartered in Portland.

Williams’ legacy “shows the value of black self-determination and agency during the post-war era of Jim Crow and racial animosity.” Shine said.

“Williams showed grit, he moved up, he served with valor, he leveraged his distinguished service into a highly sought-after position as ordnance sergeant, and he actively pursued the Medal of Honor to which he was entitled.”