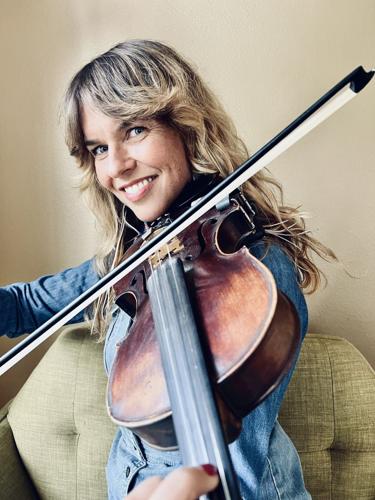 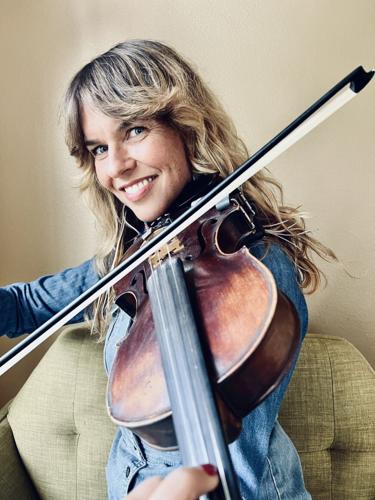 Winter Songs is a show inspired by the season with music to honor the shortest days and longest nights.

Weaving together songs, instrumentals, traditional and original music and a few covers, Kathryn Claire invites the audience to join together in celebration of the season, Friday Dec. December 16, at the White Clover Grange in Nehalem. Doors open at 4:30 p.m. with the show starting at 5 p.m.

Kathryn Claire has been doing a seasonal winter show since 2013 working with a variety of artists. In 2018, Don Henson joined her for Winter Songs on piano and percussion before incorporating Sid Ditson on violin and viola in 2019.  The blend of this trio is stunning and their energy together is joyful and heartfelt.

Having taken the past two years off due to the pandemic, Kathryn, Sid and Don are thrilled to be reunited for this show and will be releasing an EP featuring music Kathryn wrote specifically for the show.  Kathryn Claire has long standing ties to the Oregon Coast and is looking forward to sharing music at the historic White Clover Grange.  Expect tea, cookies, community, creativity, singing and even some dancing!

With her violin and voice at the center of her music, Kathryn Claire weaves together stories and melodies rooted in her classical and traditional musical background while infusing each song and composition with an energy and electricity that is palpable. Her musicality and joy on stage is infectious. Honest and poetic writing, crystalline vocals, impassioned violin compositions, and an ability to move seamlessly across genres, are the hallmark of Kathryn Claire’s original and diverse sound.

Don Henson has toured extensively with Kathryn Claire in the Pacific Northwest and played with her “Winter Songs” show since 2018.  Don works frequently with Will West and Skip Vonkuske in Portland, OR.   His band, ‘Sneakin Out’ has played various stages with Pink Martini, on The Tonight Show (With Jay Leno) and had the honor of playing Carnegie Hall.

Sid Diston has toured with Kathryn in Belgium and the Netherlands and has been an integral part of Kathryn’s music over the past decade.  Sid has been playing violin since childhood.  He loves to explore the sometimes irreverent blend of fiddle and violin styles, and brings to the stage and studio a versatility with the instrument that is truly unique.

Classical, indie, bluegrass, Celtic and improv are all a part of Sid’s palette, along with an exquisite tone and depth of expression.  Sid is often caught grinning while playing, finding it impossible to hide the immense joy that music brings.

What do you enjoy most about the Superbowl?

Oregon Gov. Tina Kotek has unveiled her budget recommendations for the 2023-25 biennium

Oregon Gov. Tina Kotek has unveiled her budget recommendations for the 2023-25 biennium