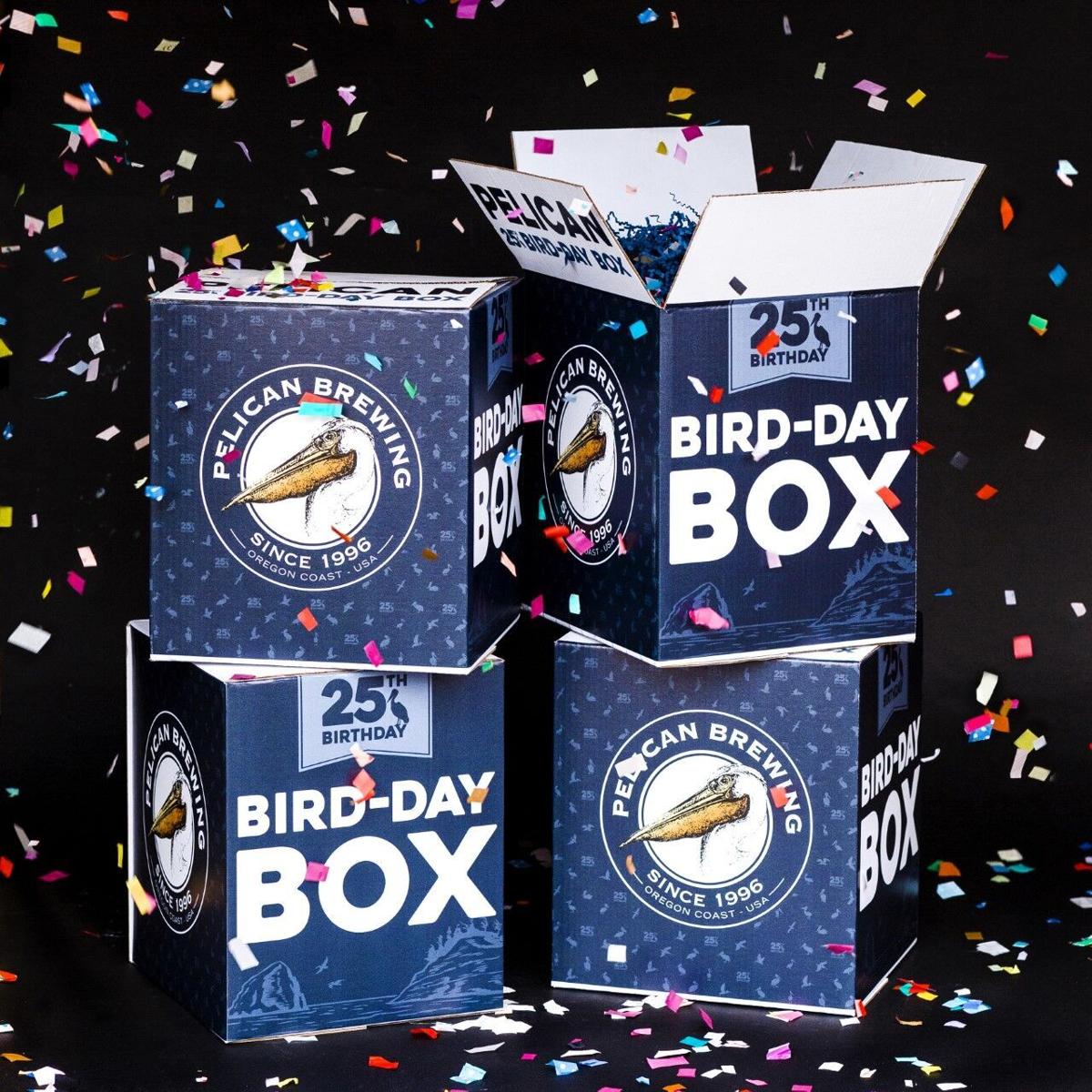 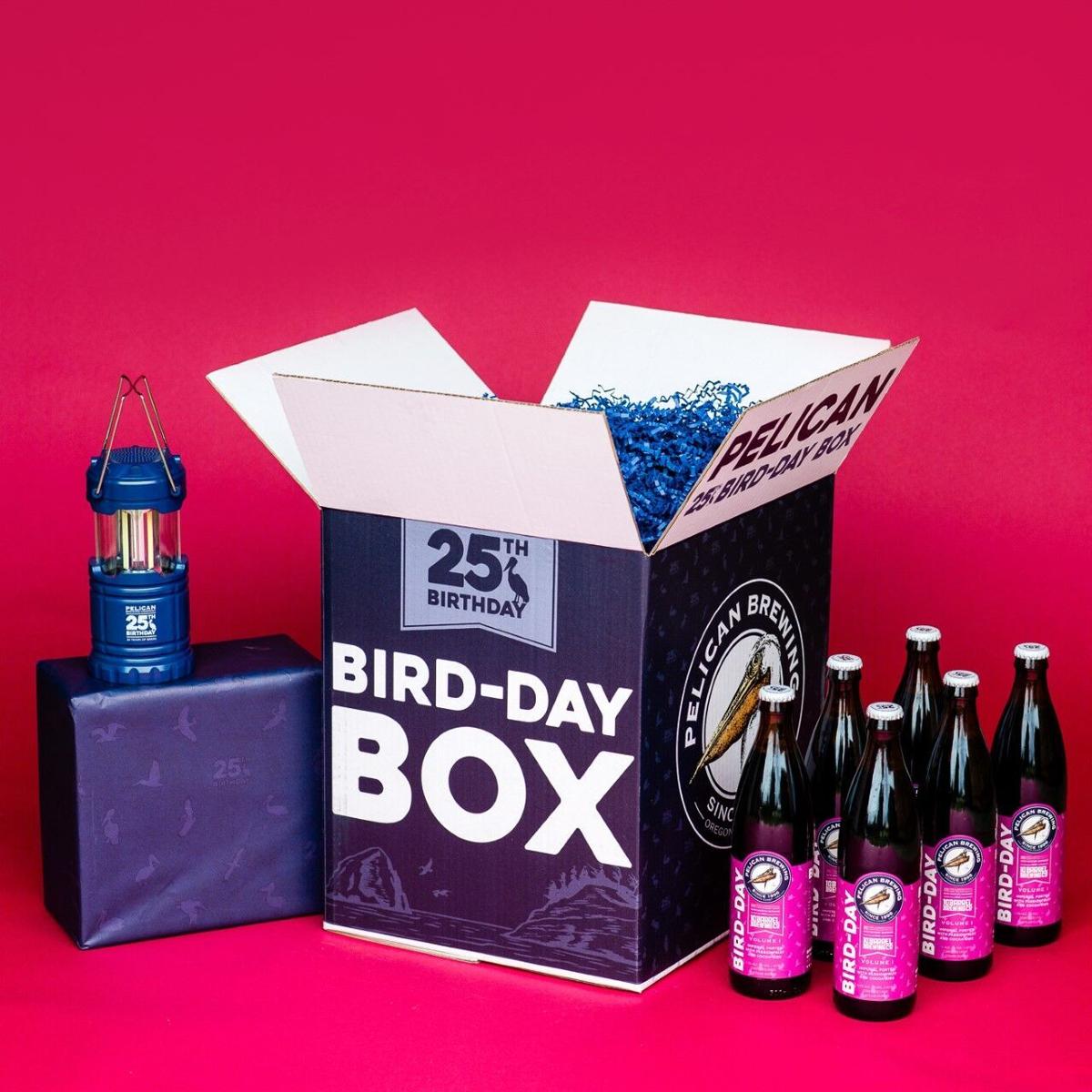 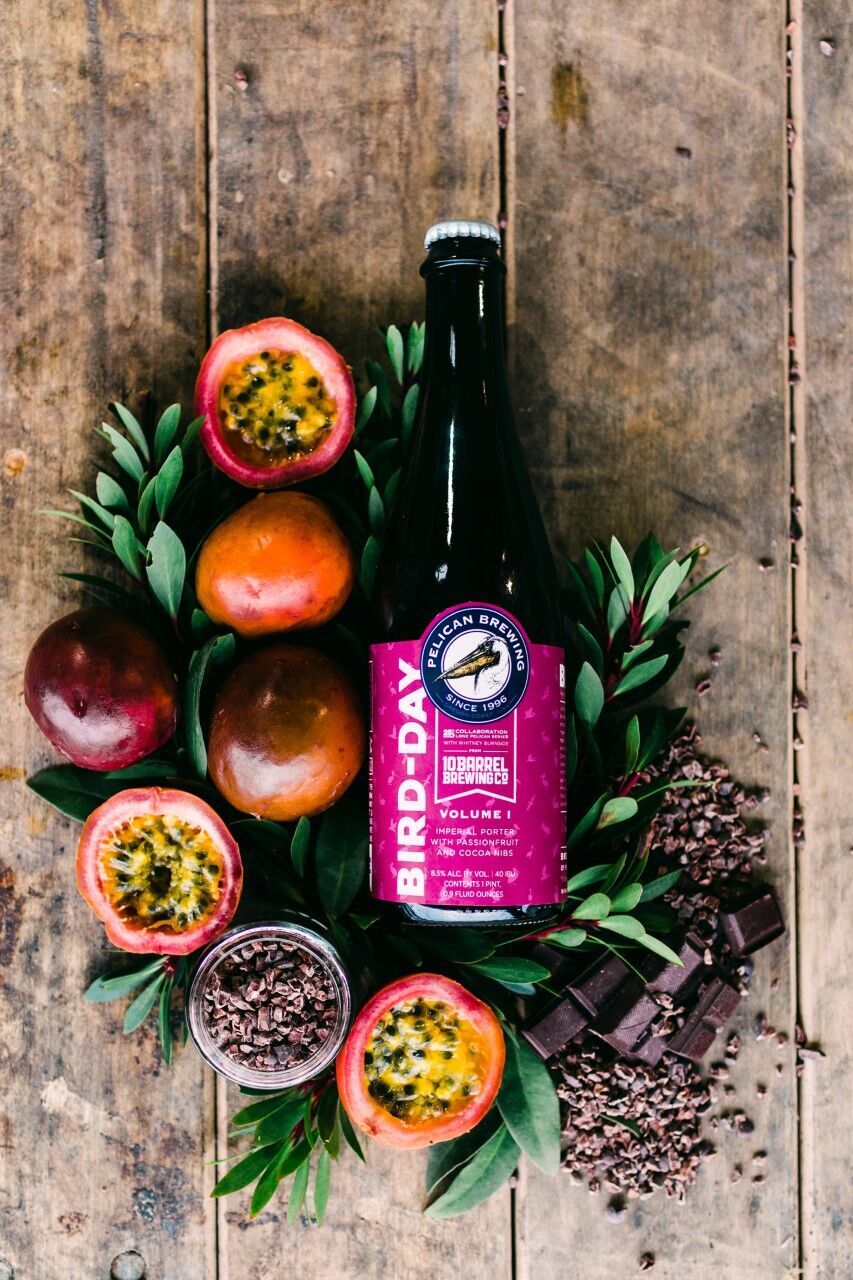 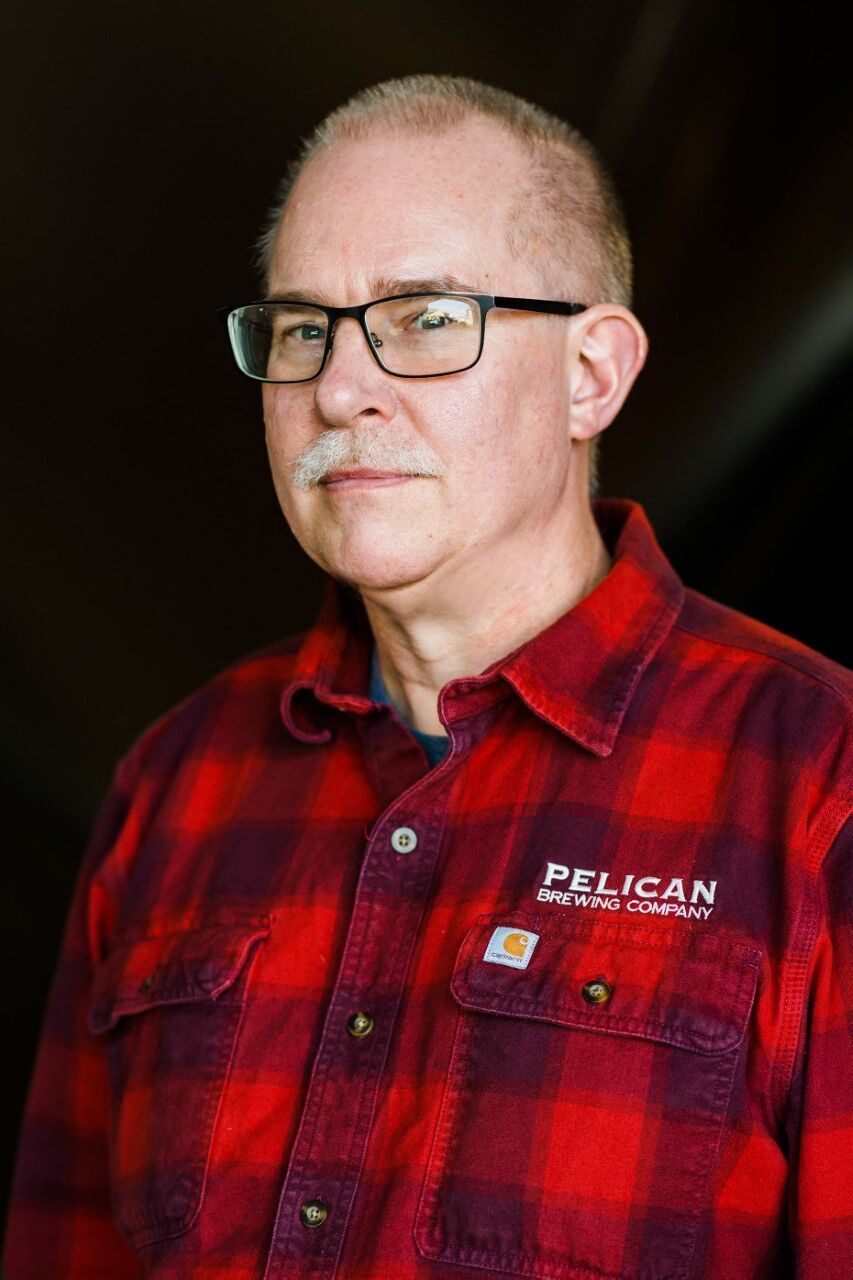 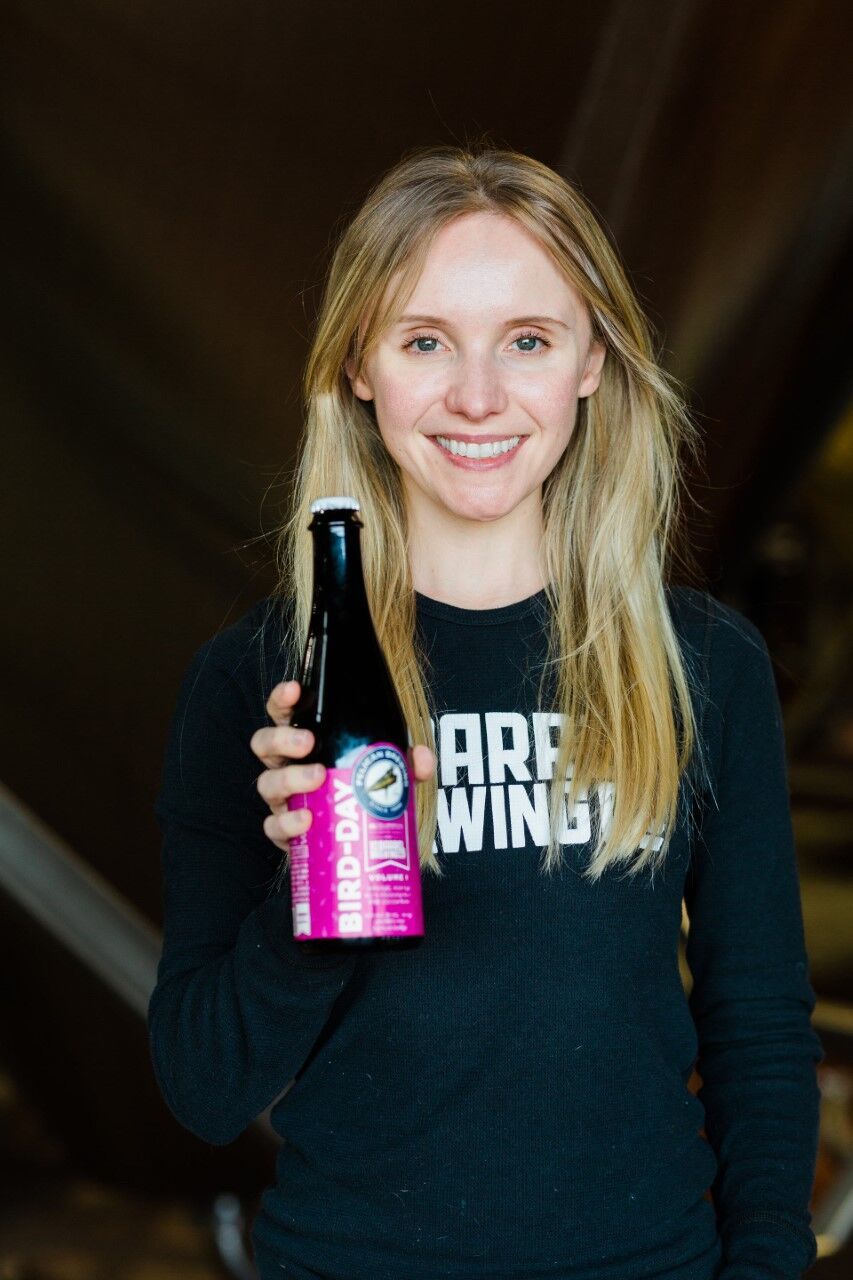 Pelican Brewing Company's 25th birthday celebration begins with the release of Bird-Day Volume I, an imperial porter with passionfruit and cacao nibs that features a rich malt character offset by a bright streak of passionfruit tartness. This sultry imperial porter marries the creative minds of Pelican brewmaster Darron Welch and Pelican alumna Whitney Burnside to create a balanced, smooth and enveloping roasty finish ideal for any celebration.

“Being able to come back to Pelican and create this beer with Darron and the entire Pelican family is an honor,” said Whitney Burnside, head brewer of 10 Barrel Brewing Portland. “Pelican has an indelible mark on my career. It’s where I learned the skills and discipline to be a brewer.”

“The most rewarding part of the 25 years I have spent at Pelican has been teaching and learning from incredibly talented brewers that have walked through these doors,” said Darron Welch. “Whitney has a unique talent to think about the beer from a culinary perspective. She considers different flavors and how they will present in beer; she created amazing beers while at Pelican and continues to do so in her current role. She is a leader in the craft beer industry.”

Bird-Day Volume I is one of four Pelican collaboration beers celebrating Pelican Brewing’s 25th birthday. This velvety imperial porter is now available in 500 mL bottles at your local bottle shop, on draft at Pelican brewpubs, and through Pelican’s new beer subscription service called the Bird-Day Box.

“The demand for rare and unique beers continues to rise, and we wanted to create a solution to guarantee our customers receive our coveted Bird-Day birthday collaborations,” said Jim Prinzing, CEO of Pelican Brewing Company. “The Bird-Day Box is a reflection of our commitment to push the boundaries of innovation and always deliver the freshest beer to our customers.”

The subscription box is only open to Oregon residents, and you must be 21 years or older to purchase. The first Bird-Day Box featuring Bird-Day Volume I Imperial Porter will be released Feb. 19 and can be ordered at https://shop.pelicanbrewing.com/collections/bird-day-boxes. Shipping for the first box starts March 1; quantities are limited.

Pelican Brewing Company was born at the beach in 1996. Here, in front of a rundown old building at the water’s edge, stood three enthusiastic young folks whose thirst for great beer overshadowed their understanding of what it would take to build a brewery. They did it anyway. Thanks to the vision of founding owners Jeff Schons, Mary Jones and brewmaster Darron Welch, Oregon’s only beachfront brewpub became one of the state’s most popular destinations. And now 25 years later, Pelican Brewing Company is an iconic beach brand and one of the most decorated craft breweries in Oregon. Pelican has been honored with more than 450 awards, including the prestigious 2015, 2016, 2017 Australian International Beer Awards Champion Medium International Brewery; 2014 World Beer Cup Champion Small Brewery; 2013 Great American Beer Festival Large Brewpub of the Year. Why? Pelican brews are playful, but not frivolous. Brewed with purpose, passion and a deep respect for the craft. Pelican operates brewing and brewpub facilities in Pacific City, Cannon Beach, and its state-of-the-craft brewery in Tillamook, Oregon where it brews 40,000 barrels of award-winning beer annually and distributes to six states. Pelican’s vision, its beer and values were born at the beach, where the team wakes up each day in a place that reminds them that amazing is possible. Cheers, Fellow Fanatics!

Do you have all your candidates picked for the Special Districts election on May 18?

Clatsop County remains in High Risk through May 6

Clatsop County remains in High Risk through May 6

World of Haysyack Rock Library Lecture Series presents "Just how do you monitor the puffins?"

World of Haysyack Rock Library Lecture Series presents "Just how do you monitor the puffins?"