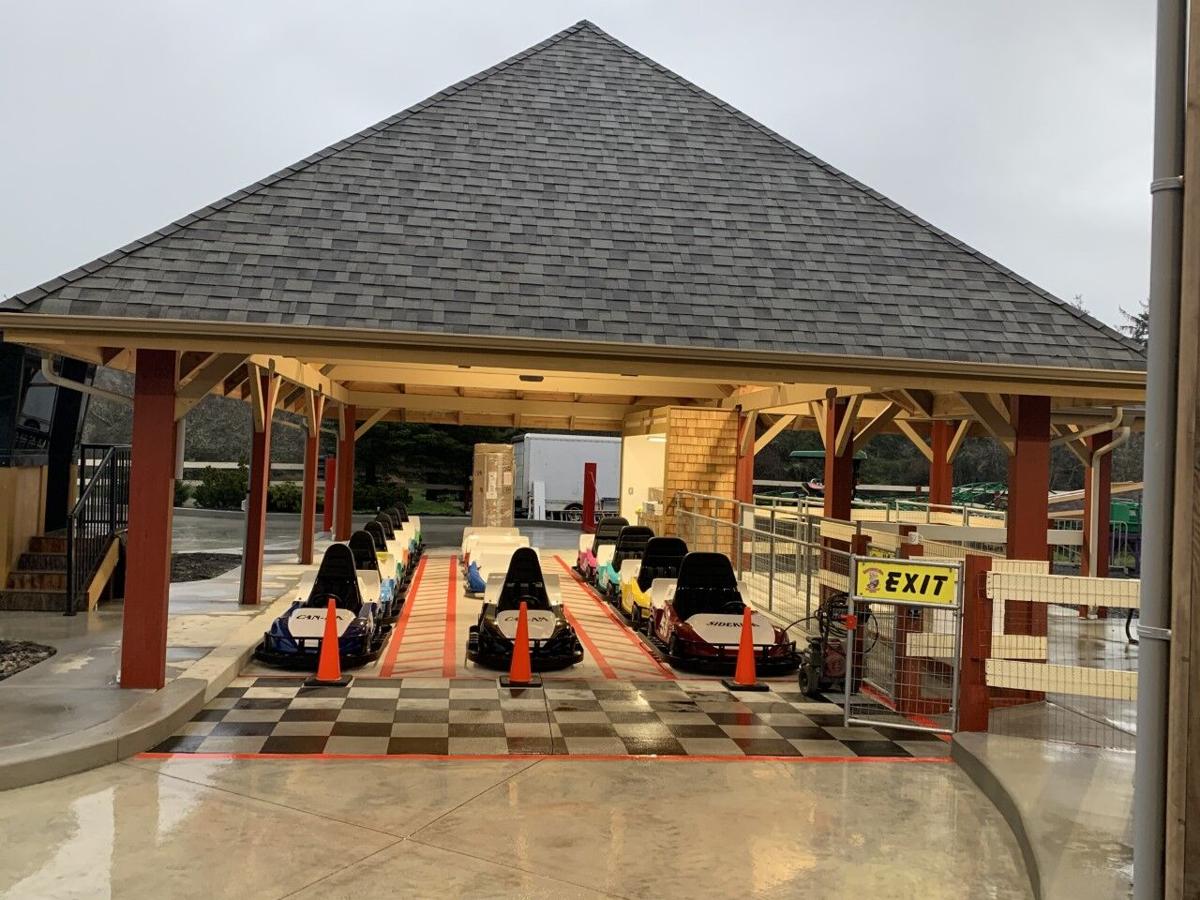 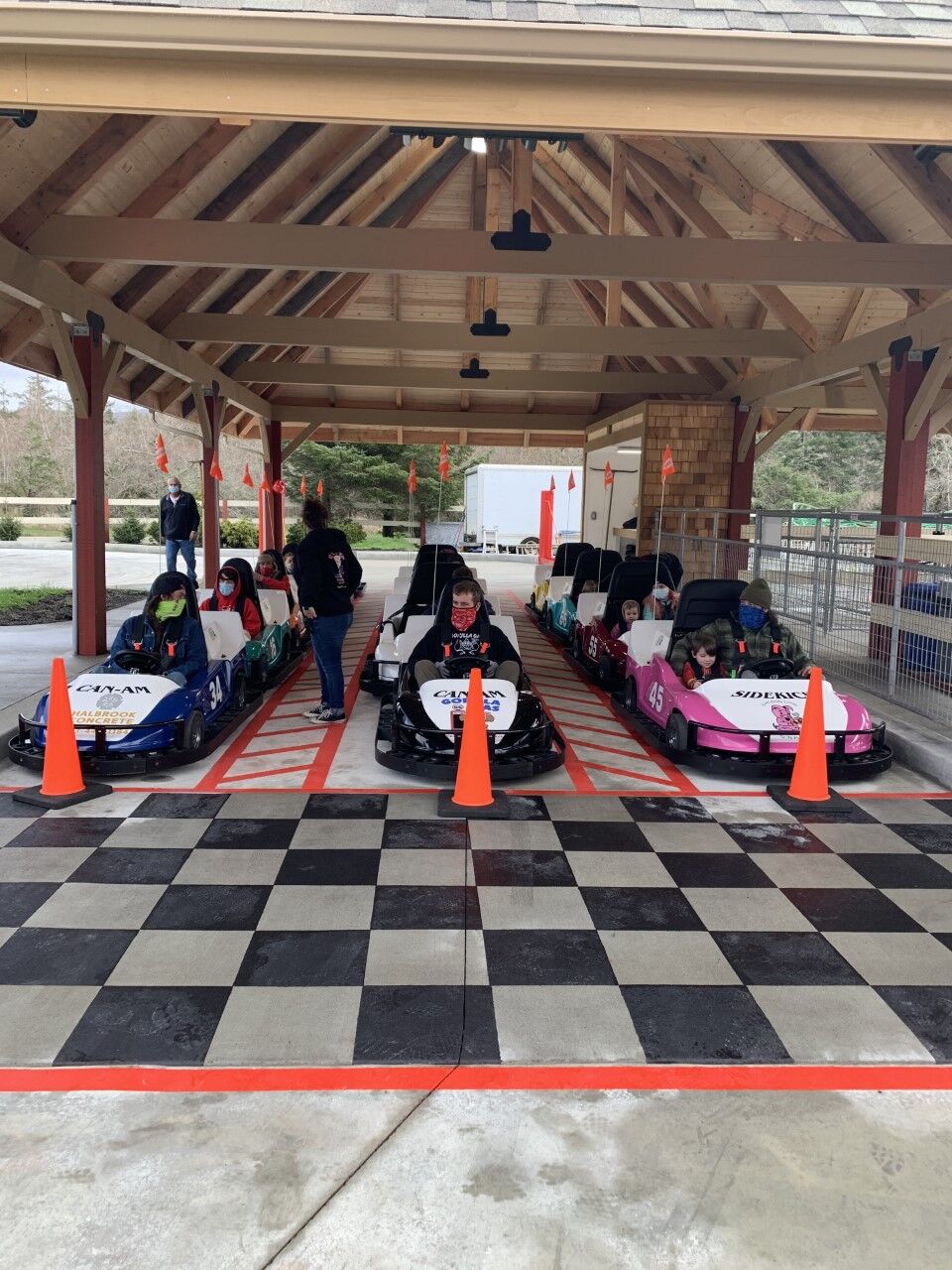 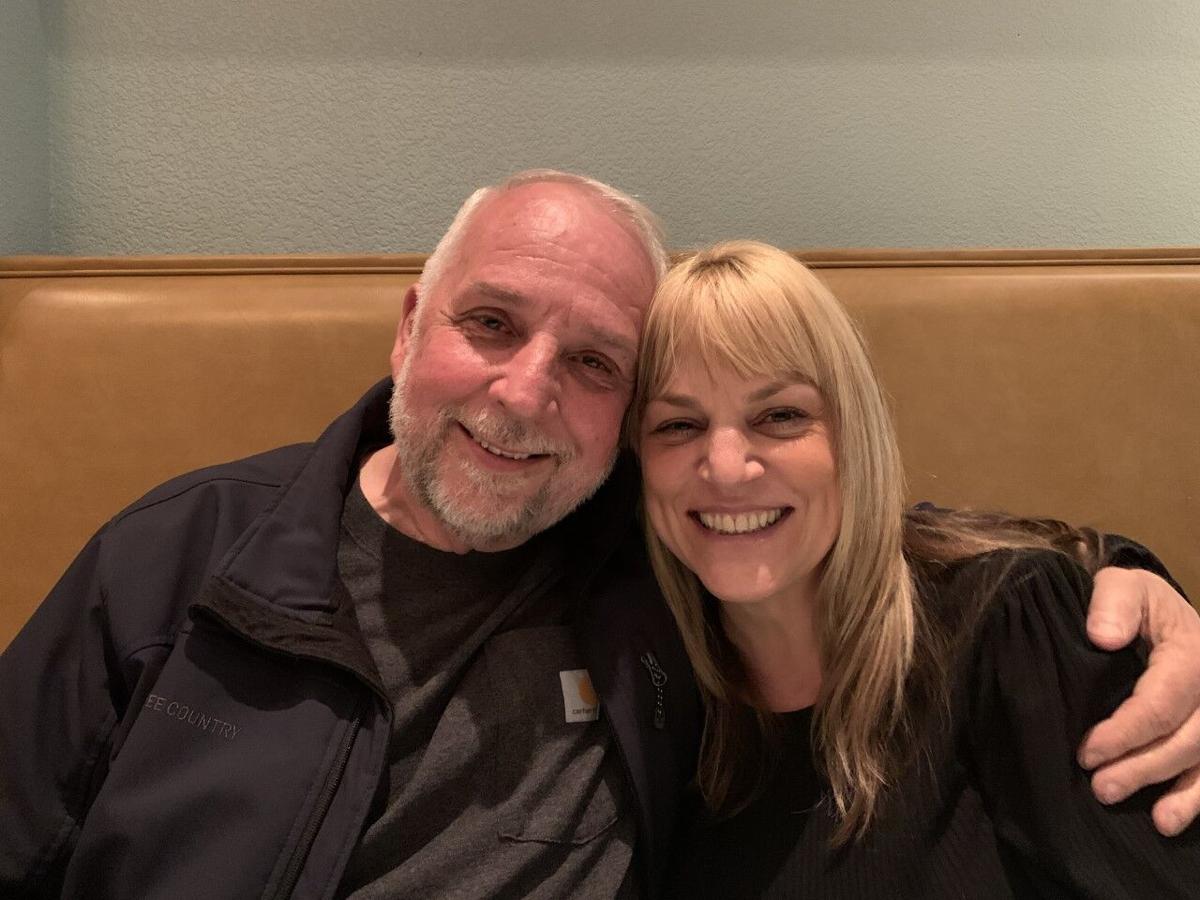 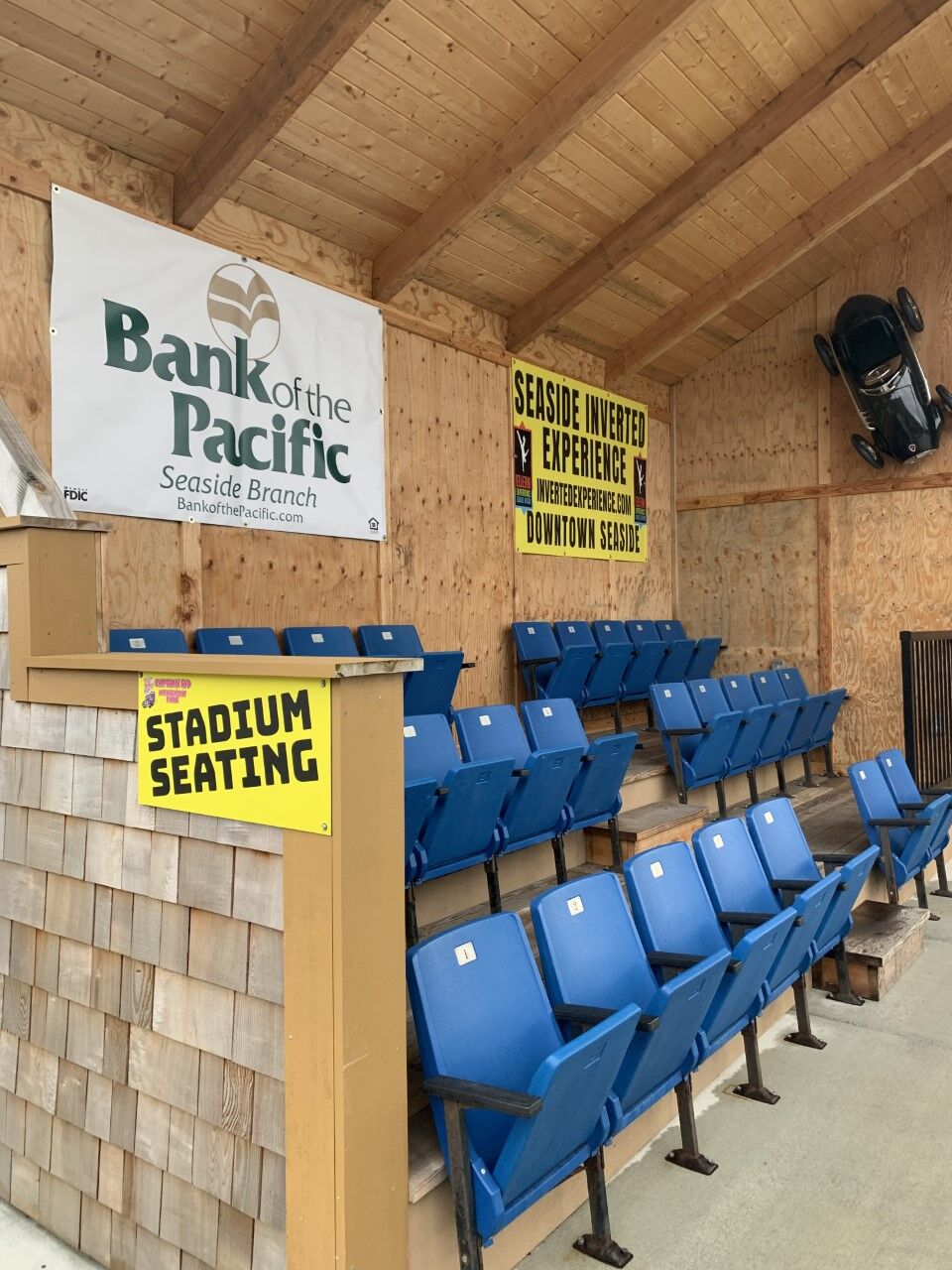 Captain Kid Amusement Park is holding a grand opening of their new, modern, updated go-kart track Saturday, March 20. The opening will begin at 11 a.m. after the sponsor race at 10 a.m.

Bruce Rath, who owns the amusement park with wife Tammi, said the track was relocated and more of the property is functional now than before.

Total footage of the new track is 600 feet. The track includes corners and hills.

Bruce and Tammi said the new track also includes a control tower with someone watching the whole track, a stadium for people to watch the races, surround sound and 14 new cars.

“There’s music when they leave the pits,” Tammi said. “There’s a song we play every time. We play another song coming in.”

Previously, Bruce owned a logging road construction business but always dreamed of owning an amusement park. He purchased the go-kart business with his late wife in Seaside in 2008. They lived in an RV and worked on the business.

Since 2008, Bruce has been working on beautification of the park and doing things people don’t see, such as paperwork. The amusement park started with an old track and old mini golf course. The park now offers go karts, 18 hole mini golf course, kids rides, a rollercoaster, a rock climbing wall and GyroXtreme, which simulates weightlessness.

Bruce’s wife passed away in 2015. They were married for 44 years. For a couple years, Bruce worked the ticket booth and took a break on updating the park.

“In 2018, my late husband passed,” Tammi said, stating Bruce was her rock after her husband’s death. “ We were all friends. We knew each other and did things together.”

Tammi said the two couples had gone to Universal together in 2007. A year later, Bruce and his late wife moved to Seaside and bought the amusement park.

“We would have never in a million years thought this would happen but we ended up together,” Tammi said of her relationship with Bruce. “We got married in 2019.”

Tammi had previously been in the restaurant business with her late husband and has experience in marketing and advertising.

After they married, Bruce got back to updating the park and designed the mini golf course, which was finished March 20, 2020, right when businesses started to shut down during the beginning of the COVID-19 pandemic.

“We got shut down the day we finished the golf course, the day spring break was kicking off down here,” Tammi said.

The amusement park opened back up in June. Tammi said the park has been busy ever since. Everyone wears masks and equipment is sanitized before and after people use it.

The track had already been started but was put on pause when the park was shut down. The track was finished in October 2020. Concrete for the track was poured by Halbrook Concrete.

“All the buildings here, the stadium, Bruce designed and built,” Tammi said. “He hires people to help him.”

Tammi said all of the cars for the go-karts are sponsored by area businesses. These sponsors get a decal on the side of the car with the name of their business. Sponsors will kick off a sponsor race at 10 a.m. March 20, before the grand opening begins at 11 a.m.

The sponsors will race their cars and the winner will receive a trophy. After the sponsor race, the day will kick off with a ribbon cutting with Seaside Chamber of Commerce. There will be giveaways and prizes from the sponsors throughout the day with each race.

Future plans for the amusement park include more rides and an old fashioned downtown themed area with shops, a shooting gallery and bumper cars. Tammi said they would do a little at a time. They aim to keep the amusement park’s family-operated feel.

Captain Kid Amusement Park is located at 2735 South Roosevelt, just south of Seaside. The park will be open daily starting March 20 from 11 a.m. to 6 p.m. every day.

Should elected officials have competitive salaries and benefits as given by the private sector?